Everything you need to know about French brand Yema watches, and their four key models

If you didn’t spend much time diving in the Azure Seas in coastal France in the late ’60s, chances are you may not be entirely familiar with the French brand Yema. With its most popular models having a subdued appearance, and not featuring ‘Swiss Made’ plastered all over the dial, it can be easy for the eye to wander past their offerings and settle on something with a much older name. Those who love to feel their heart lurch when seeing the price tag of a flashy piece won’t find that same pleasure with the competitive costs on display here, either.

While some may confuse Yema with the Philippine custard lollies of the same name, what they truly represent is some of the best value-for-money watches outside of the Swiss and Japanese bubbles. With real vintage heritage, you can’t argue against their flair, highlighted by some of their unique and standout watches below. 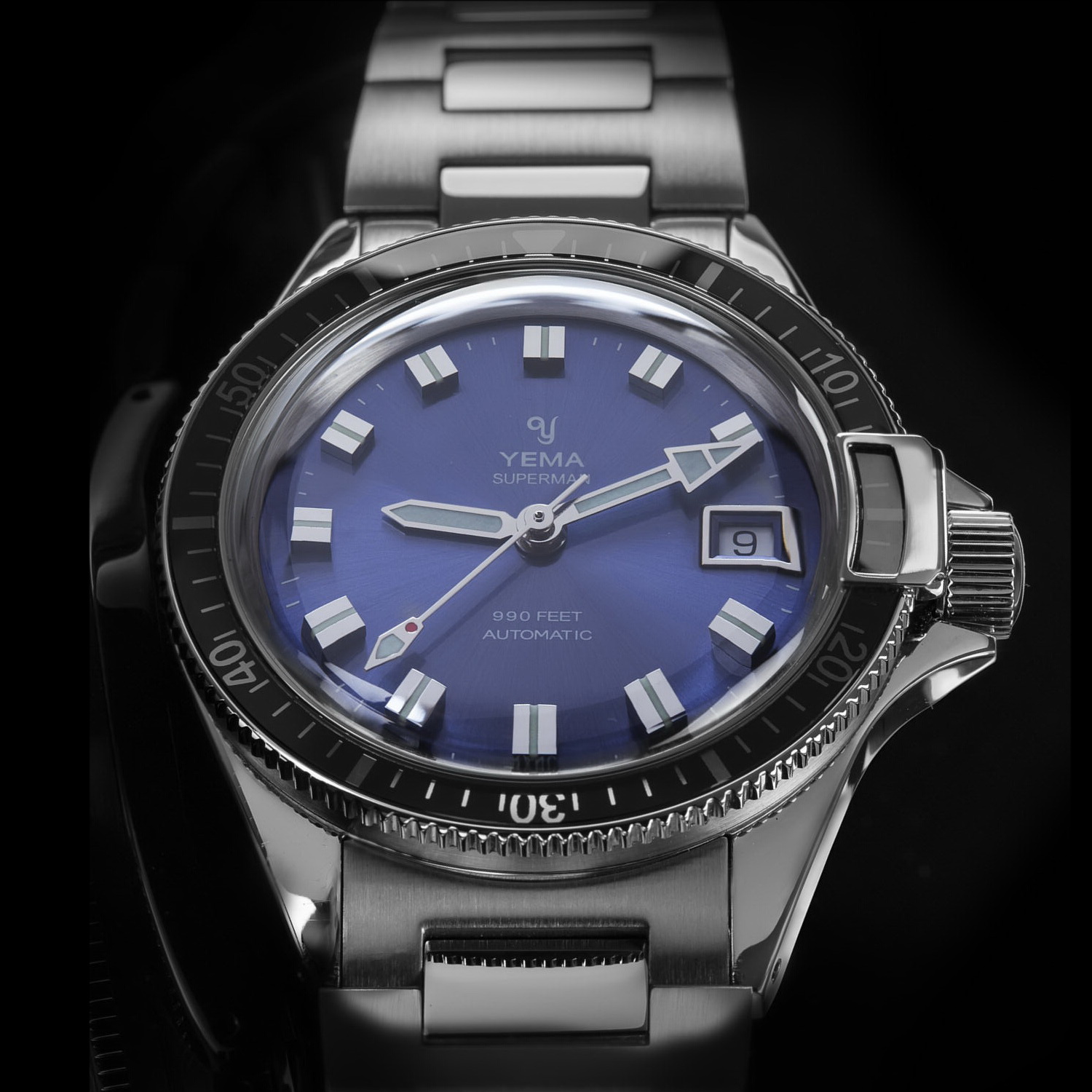 Of course, you can’t consider Yema without eyeing up the Superman. The watch, which led Yema to be the largest French exporter of timepieces in the latter half of the 20th century, was occasionally rebadged under brand names such as Atrexa and LeJour, but its reputation as a tough-as-nails diver surpassed all expectations for the era. The intuitive mechanism, which allowed for the bezel to be locked into place, gave suitable peace of mind for professional divers as well as many French Air Force pilots to whom the Superman was issued. The reissue is available with a variety of dial options, however the sunburst blue seems to be the most evocative of the real deal. Blocky applied indices and a set of truly quirky hands tie the whole odd watch together. Available in 39mm and 41mm, the modern Superman runs a Swiss Sellita SW200-1 workhorse movement, compounding its affordability. 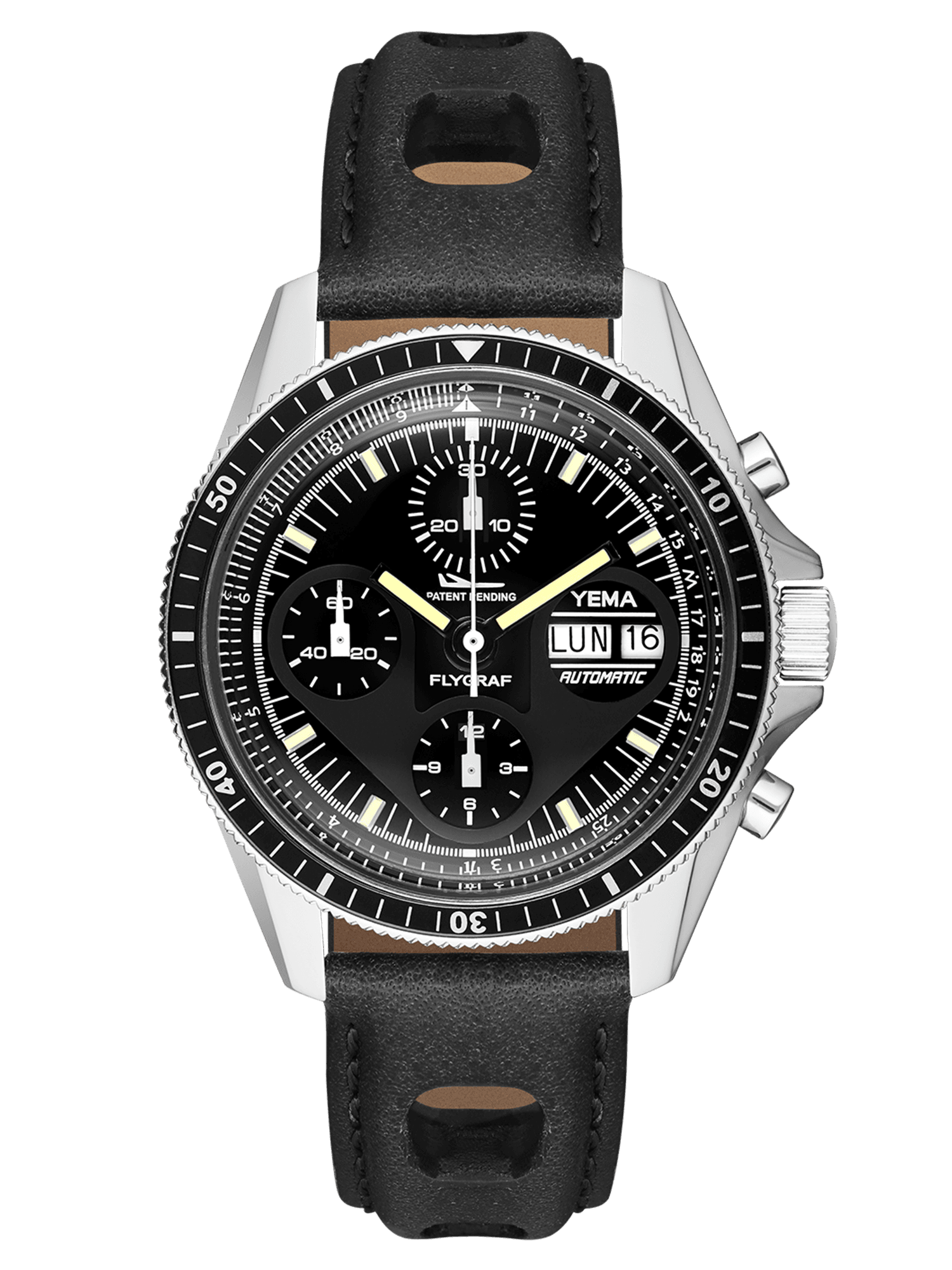 Monochrome aviation chronographs can certainly be guilty of following design cues established by icons of the genre. Although the Flygraf stands tall at 15.35mm, it doesn’t stand out by being overly unique, instead opting for just enough character to show the world it has its own personality. The tool-oriented aesthetic is defined by the brushed aluminium insert which surrounds the sub-dials, potentially reducing glare when glancing down at the wrist. A 60-minute timing bezel reduces the busy look a logarithmic slide rule, but some of those calculations can still be made from markings on the inner chapter ring. Finally, the day-date complication seals the deal on usability, as the 100m water resistance allows the Flygraf to be a perfect daily wear chrono. 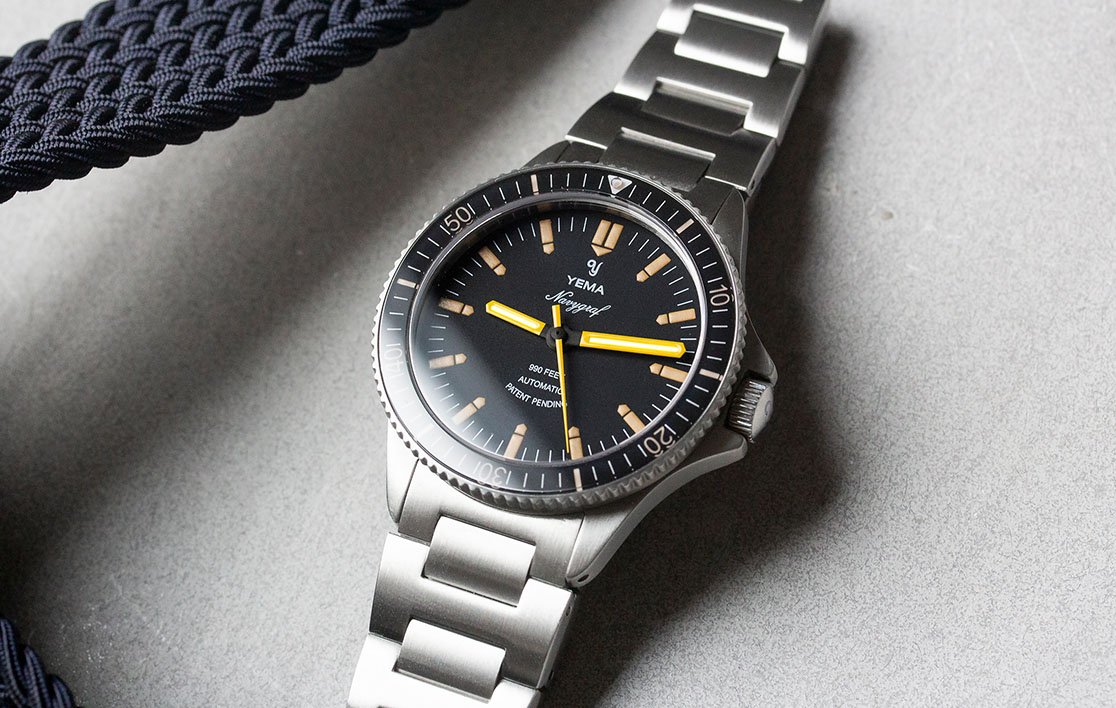 As far as time-only vintage reissue divers go, it’s hard to get more ’70s than Yema’s Navygraf. Bright yellow hands passing over aged orange markers just beg to be read easily above that matte charcoal dial. Having been upgraded from 200m of water resistance to 300m, you could be forgiven for thinking that the watch has been modernised as much as it needs to be. Yema went one step further, and gave this piece their own in-house movement. With a beat rate of 28,800 vph and a 45-hour power reserve, most companies would have just slapped an ETA 2824 inside and called it a day. It is the mark of a true watchmaker, proud of their unique heritage and sure of their abilities, to spend many years and many millions designing a movement from scratch.

When motorsport legend Mario Andretti crossed the chequered flag as the winner of 1969’s Indy 500, he was proudly wearing a Yema chronograph. Limited to 1,969 pieces and Yema’s most expensive watch, the ETA Valjoux 7753-powered Rallye isn’t afraid to boast about its high-speed heritage. From the instrument cluster-inspired sub-dials to the crossed flags and racing stripes, checking the time on the highway will truly test your patience for speed limits. The date window at six makes this piece even more practical, and although the 19mm lug width may annoy most enthusiasts, it comes with three straps to swap out.