The invitations were vague and mysterious. Guests given two simple instructions; meet at the Commissioners Steps in Circular Quay at 5.30pm, and don’t be late.

As the masses arrived, it became clear the event involved travel. Tudor had organised a ferry, but as the 150 guests boarded the location still remained undisclosed. Speculation and rumours ran rife. But the fact is, no one knew where we were going, or what was planned for the evening. 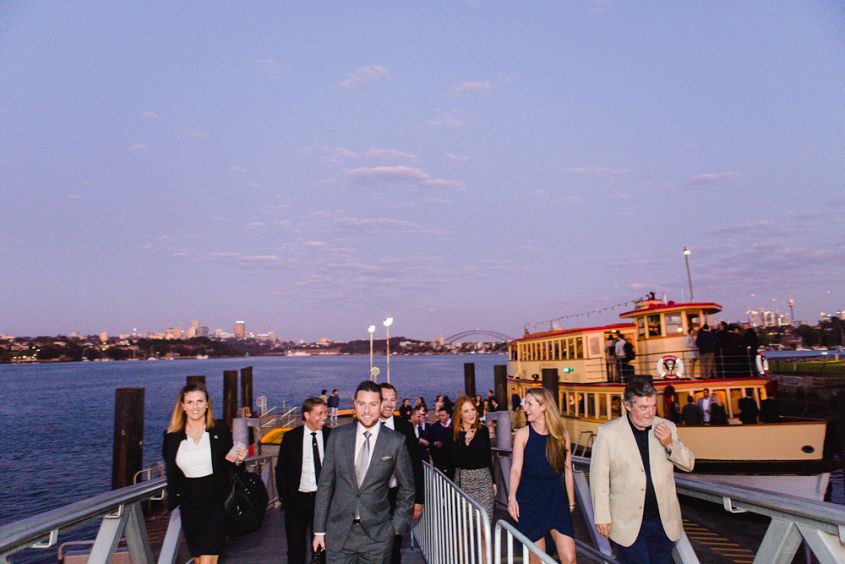 Drinking champagne as we passed under the magnificent Sydney Harbour Bridge, 20 minutes had passed and all bets were on us staying on the boat. That was until several guests spotted “TUDOR”, projected by bright red lights onto a building on a nearby island. The hype on board reached a whole new level, and we quickly realised the boat trip was just the beginning. 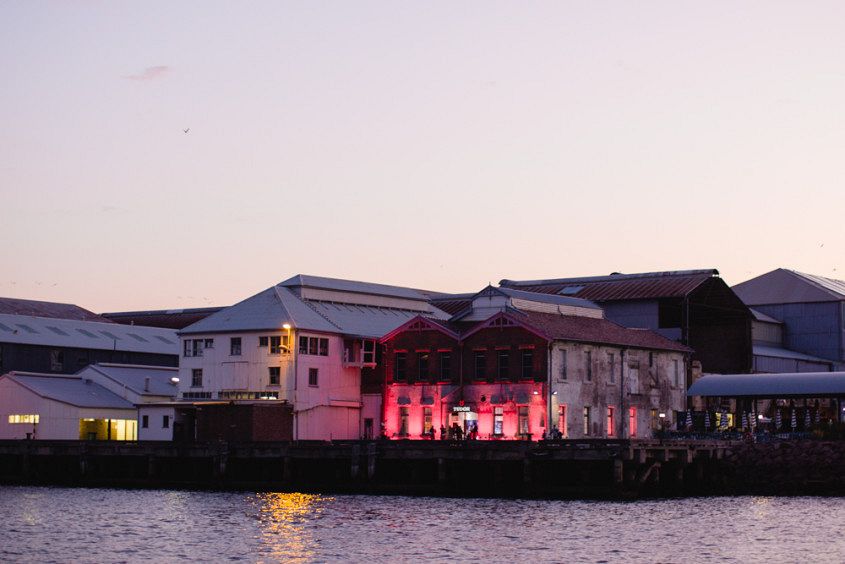 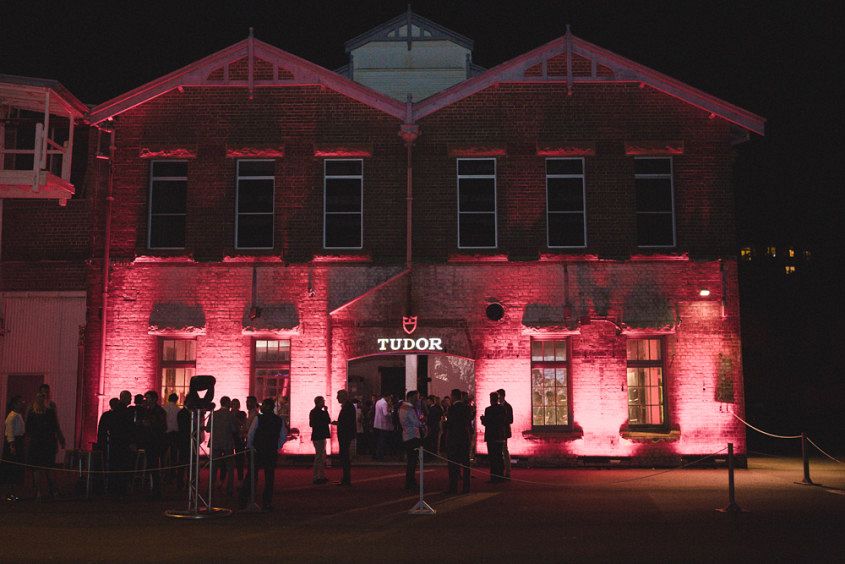 A short time later we arrived at Cockatoo Island, recognised immediately by several ‘Beliebers’ on board, having just missed Justin Bieber’s performance that day (or had they?).

As we disembarked craft and entered the Island, an army of cockatoos greeted us, before a pair of Ducati Scramblers guided guests to the venue (using a combination of powerful revs of the throttle and fiercely bright taillights). This was only fitting given Tudor’s Partnership with Ducati, and the complementary release of the Ducati Scrambler and the Tudor Fastrider watch. It was much to the delight of one of our guests, Eddie Law, who happened to be wearing his very own Fastrider Black Shield. 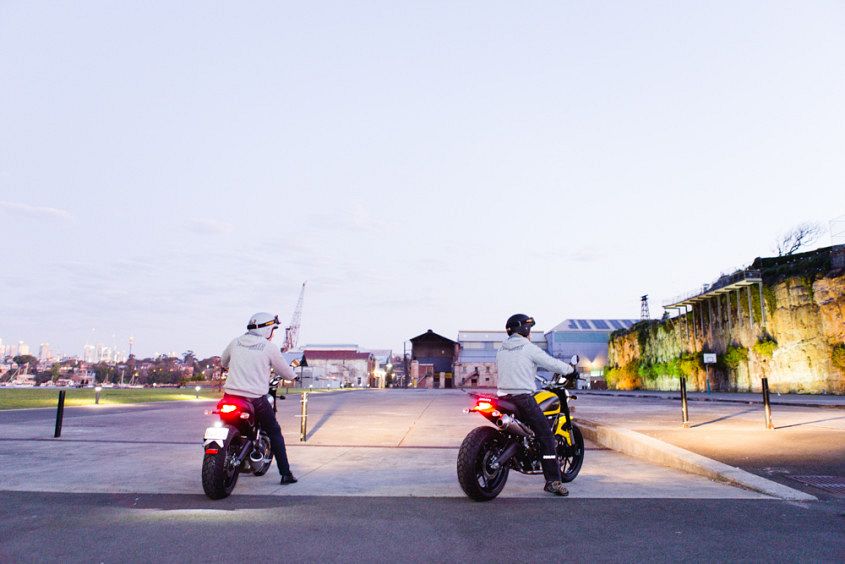 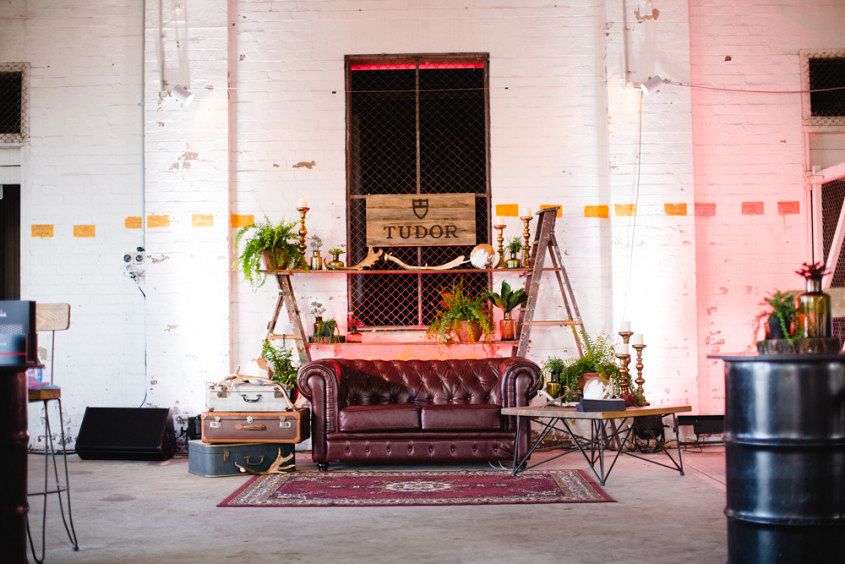 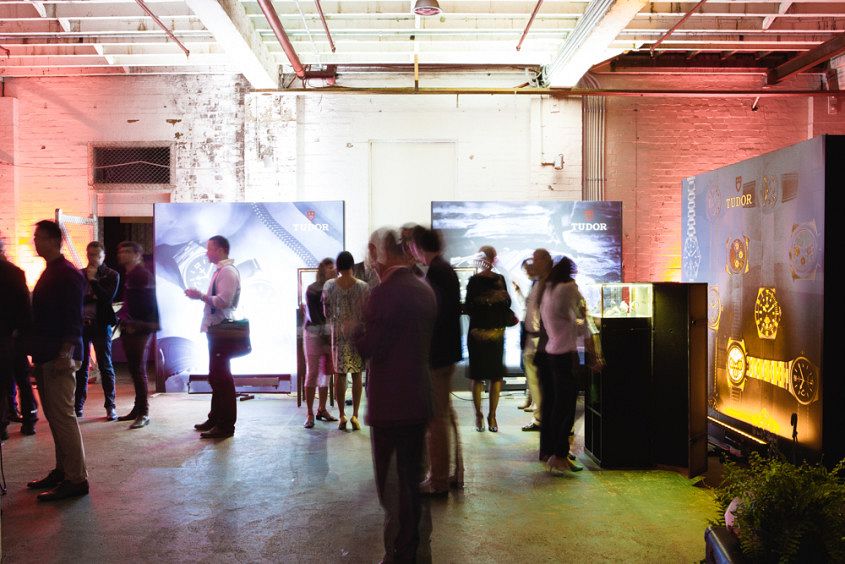 Inside the venue, several of the current Tudor collections were on display. Guests were given the chance to view the new Pelagos and Black Shield collections, as well as the game-changing North Flag, which houses Tudor’s first in-house movement. Alongside these displays were several tough looking Ducati Scramblers, which of course were perfectly colour co-ordinated to the Fastrider Chrono collection. 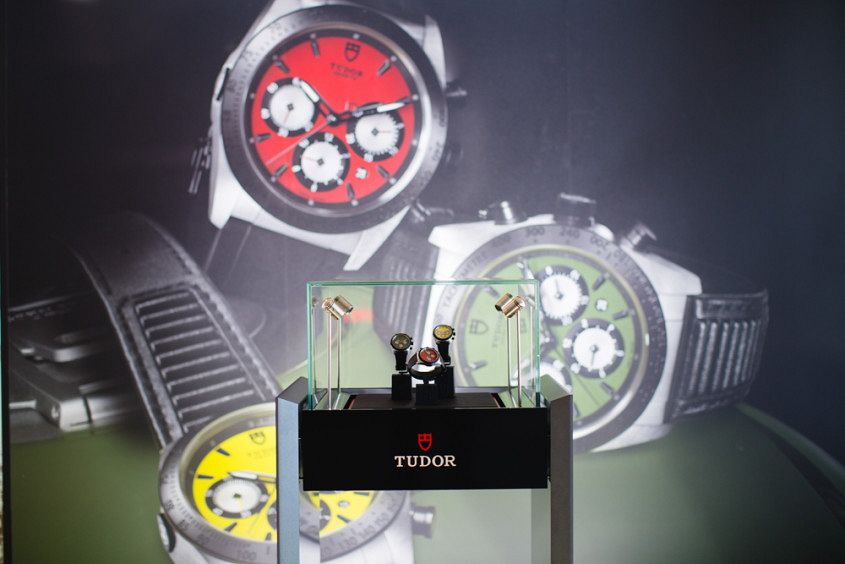 Tucked away at the back of the venue, we were all drawn to a handful of select vintage Tudor Museum pieces. On display were a particularly special 1954 reference 7922 Submariner, and a stunning Advisor, amongst several other priceless pieces. 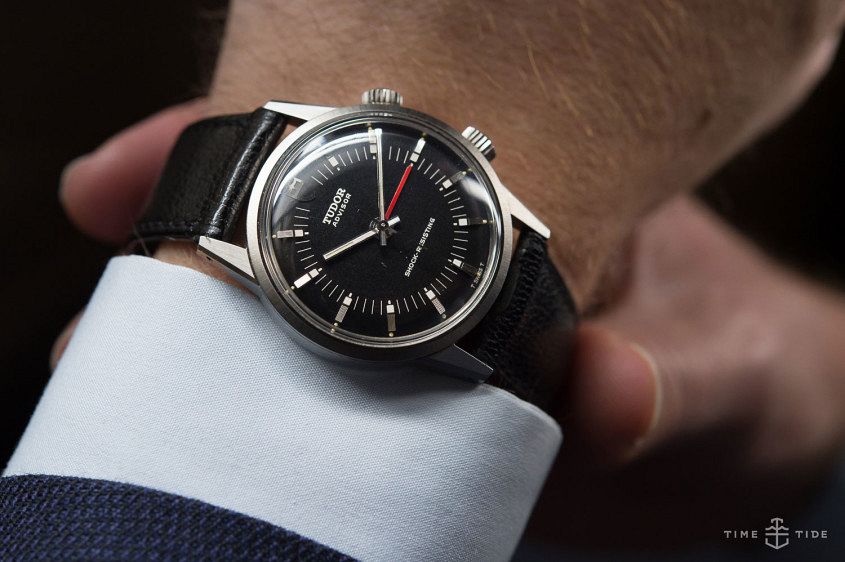 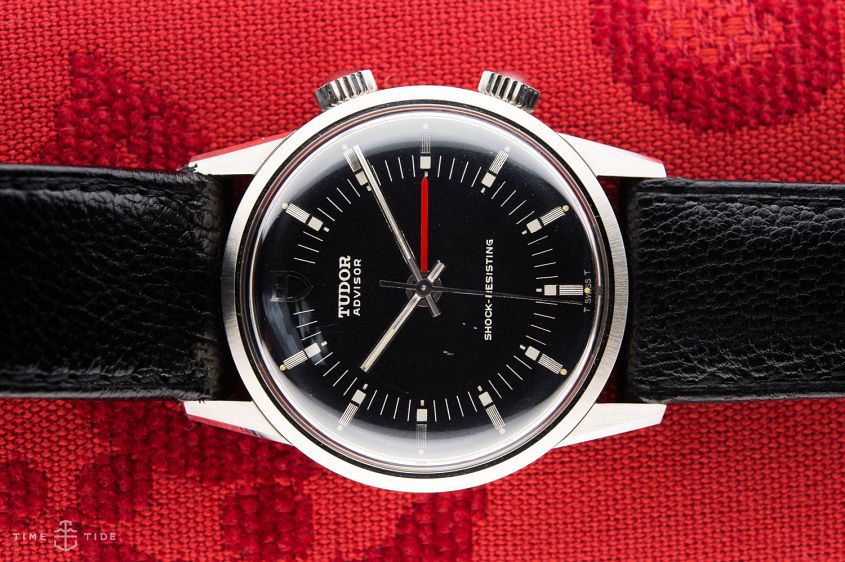 As Tudor General Manager, Patrick Boutellier welcomed guests; he explained the reasoning behind the mysterious event, or more appropriately – “adventure”– stating “Tudor makes watches for the modern adventurer who wants to push the boundaries”. 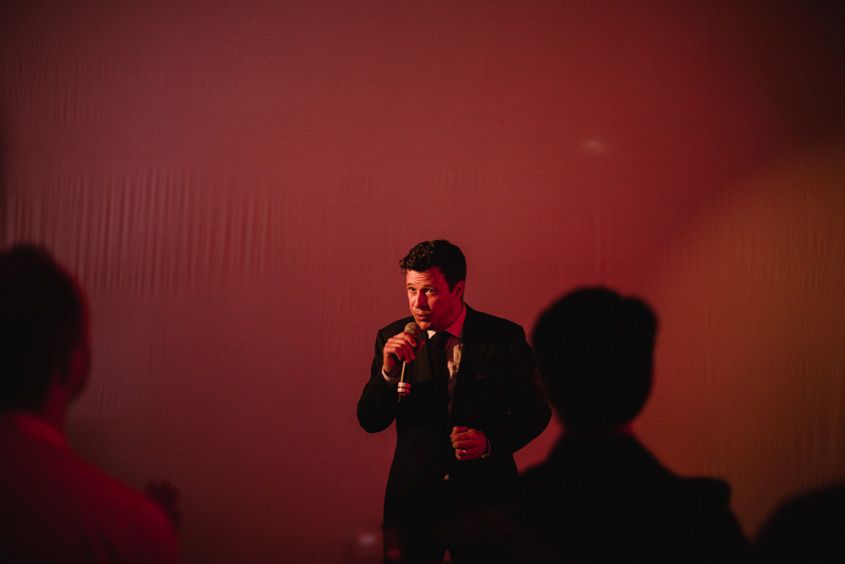 We were then introduced to James Castrission (better known as Cas, from “Cas and Jonesy”). Cas immediately captivated the entire audience, and casually shared the story of that time he and Jonesy became the first people to kayak from Australia, across to New Zealand. 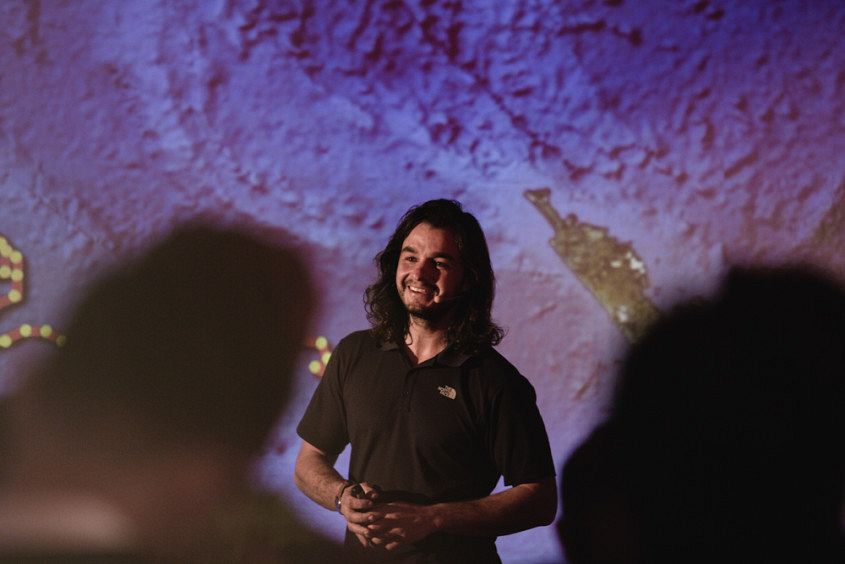 Cas then shared with guests the time he and Jonesy took a stroll from the edge of Antarctica, to the South Pole, unassisted. Before then walking back. An adventure that took four years of planning, and a training regime that’s almost incomprehensible. 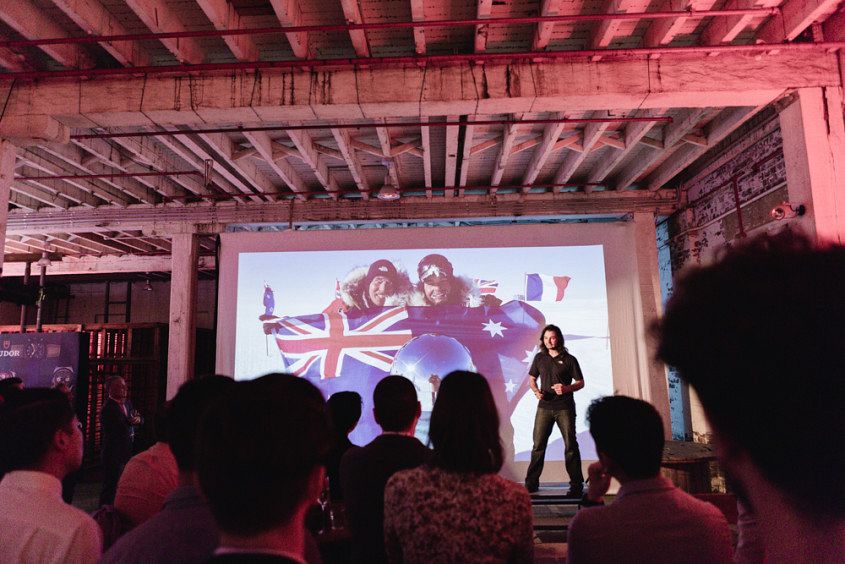 As Cas displayed images and videos of his journey, it became real just how physically and emotionally gruelling the expedition was. Safe to say, I’ve never seen 150 guests more emotionally invested in a story, with several (unnamed) male guests struggling to fight back the tears. What can I say, it was dusty in there.

Cas finished his presentation and guests were left discussing their next big adventures until the event drew to a close, and it was time to go back to the mainland. 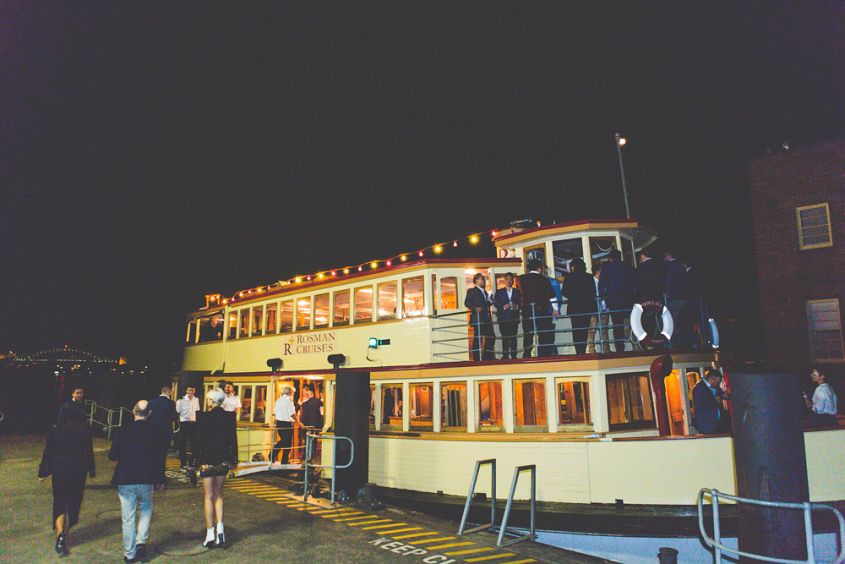 We were transported back to Sydney, and on the return journey brought with us a sense of excitement, and inspiration. Our guests came to the unanimous decision that this had been a night that had well and truly transported us from our day-to-day lives to a much more adventurous place.

The message from Tudor was loud and clear – boundaries are going to be pushed!