A three course, thoroughly French menu paired with Premier Cru Burgundy? Tick. A white-gloved waiter per guest? Tick. And a venue that Zelda Fitzgerald would have felt at ease in? Tick. Van Cleef & Arpels‘ inaugural High Jewellery lunch in Sydney last week, at the private home Barford House, was a lesson in femininity and Place Vendôme heritage. 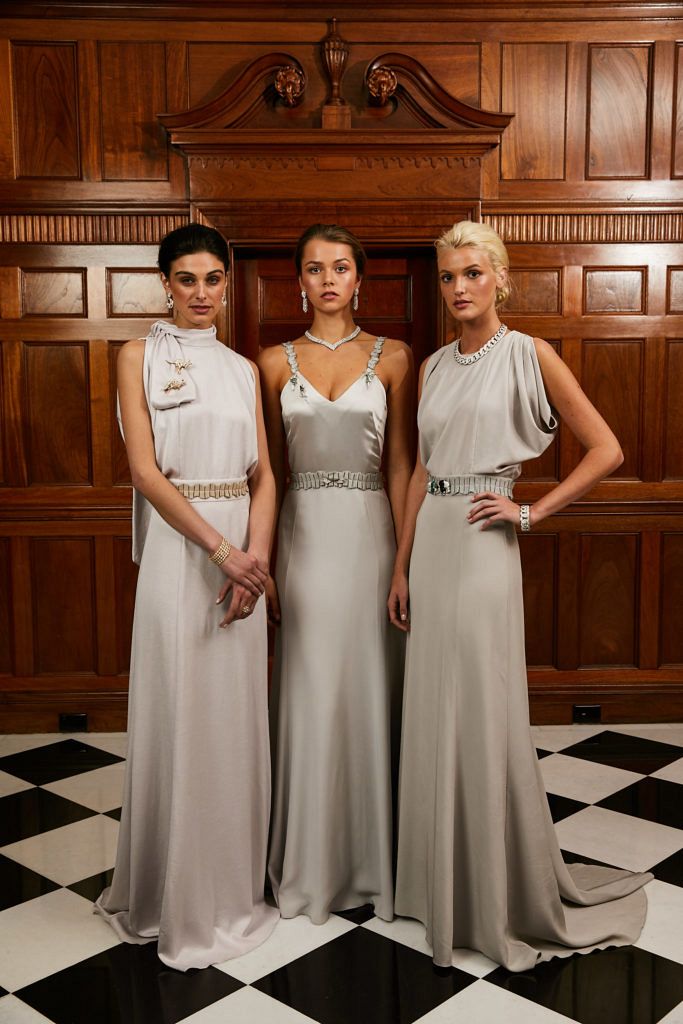 Models were draped in elegant floor-length gowns by Paris native Gaspard Yurkievich, who was also in attendance

The celebratory cavalry was out for the arrival of more than 80 high jewellery pieces. It’s the first such visit since the legendary Paris maison established its Australian presence, opening its Melbourne boutique last October and its Sydney flagship in February. This notable occasion drew Nicolas Bos, CEO of Van Cleef & Arpels, along with Nicolas Luchsinger, International Retail Director/Director of Heritage Collection, and Catherine Renier, President of Asia-Pacific. A Parisian delegation in force. 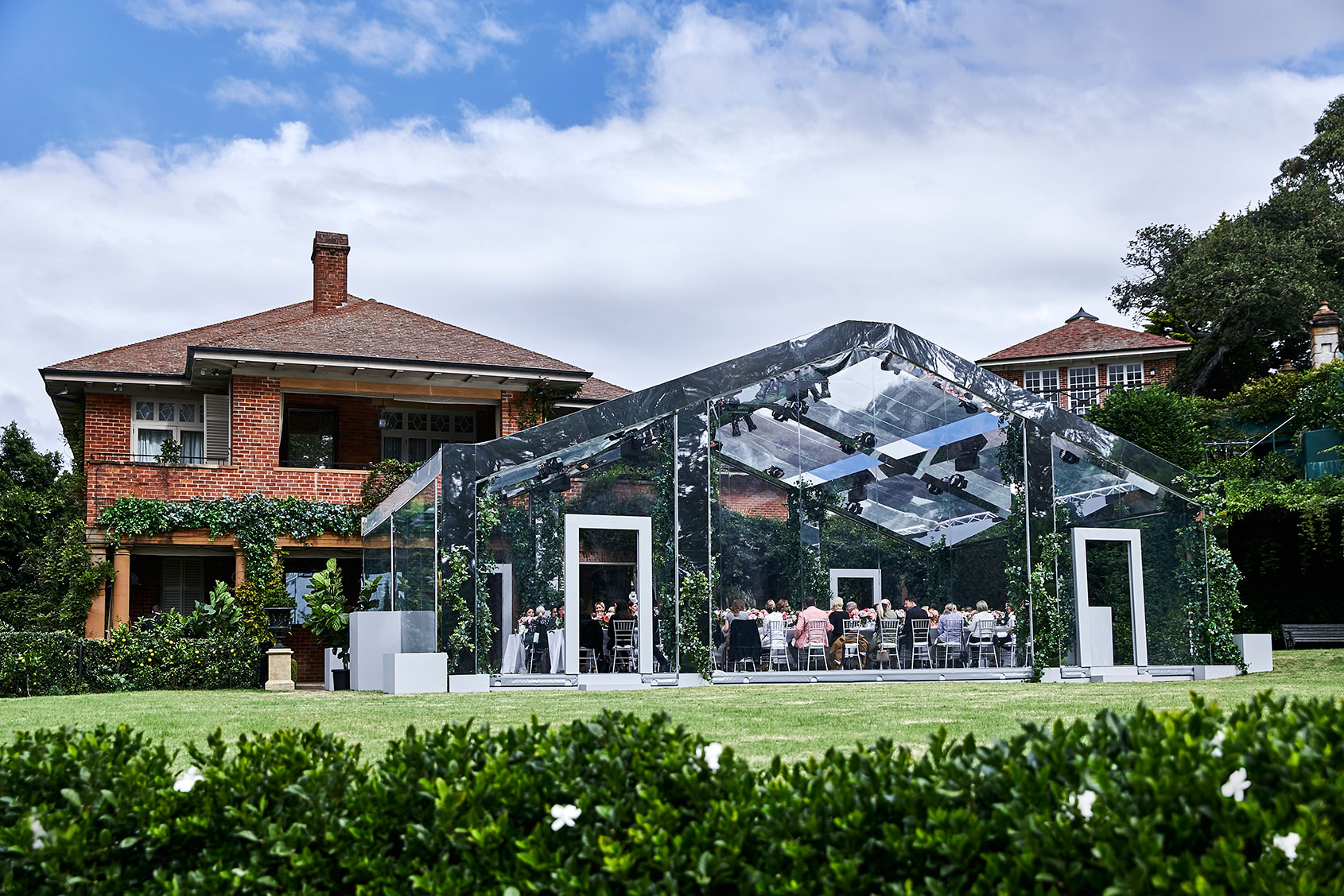 Set on the 5527-square metre estate, the mansion’s ground level salon housed a sparkling display including six women’s watches – canny distractions from the Bellevue Hill property that was valued at $60 million a few years ago, and has hosted Bono and Beyoncé. 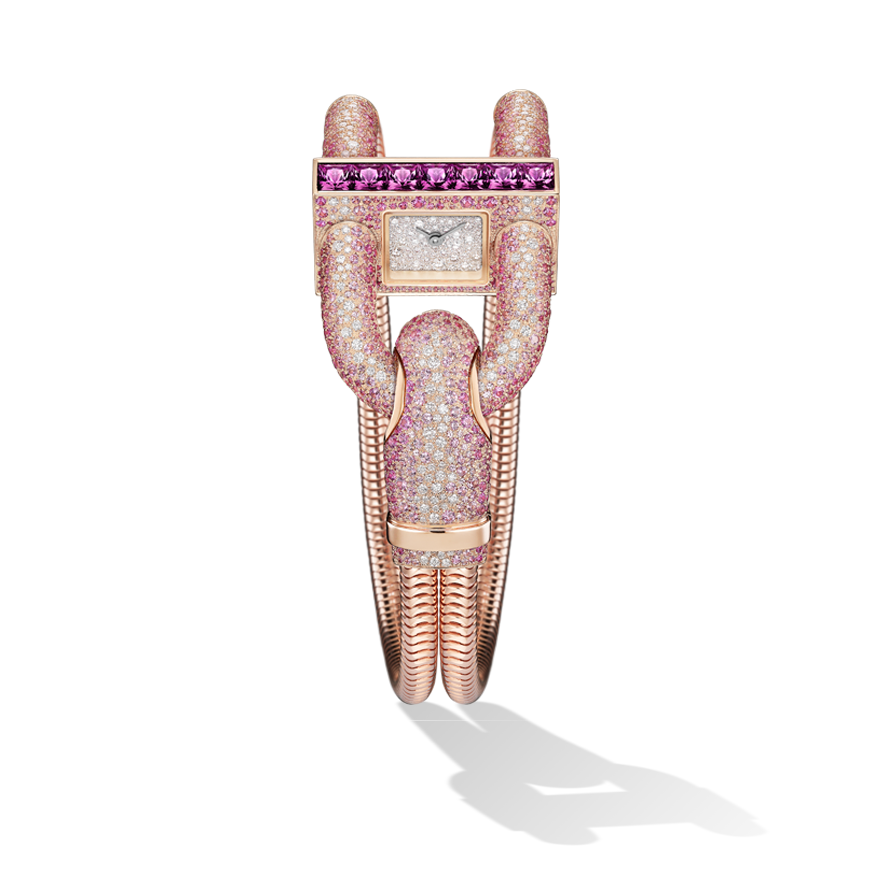 Invented in 1935, the Cadenas has a dial that only its wearer can see (apparently at the suggestion of the Duchess of Windsor). Luchsinger, who we chatted privately with ahead of lunch, said the Cadenas’ enduring appeal lies in its striking concept:

“It’s a very unique design. When you go to Basel or SIHH most watches look the same. Nobody has ever made a watch like the Cadenas. It worked in the 1940s and it works today.” The house has made only a slight revision to it, in recent years enlarging the dial for better visibility. 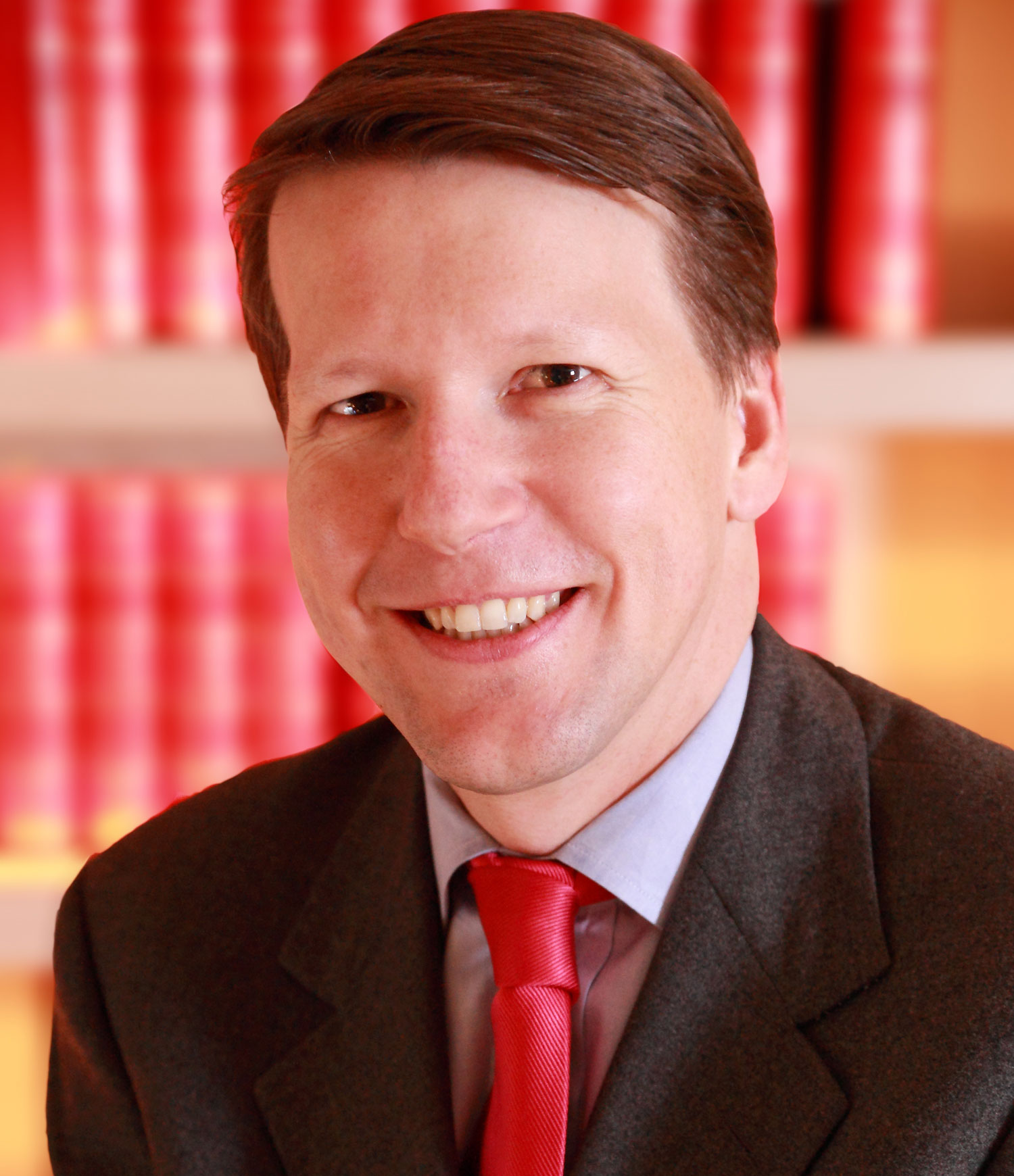 Joining the watch line-up were the À Cheval watch, the Charms 38mm Pavée watch, the Cadenas Pavée watch with black alligator strap, and a complicated treat that demonstrates the house’s imaginative approach to creating jewels that tell the time.

Unfortunately the Lady Arpels Papillon Automate was not able to make the trip Down Under; the SIHH 2017 hit has a long waitlist. Instead, the SIHH 2016 release, the Lady Arpels Day and Night Fée Ondine, was chosen to showcase the mastery of Van Cleef & Arpels’s métiers and the complexity of the development of its Poetic Complications.

The more recent Lady Arpels Papillon Automate was a six year incubation. Why such a protracted journey to the wrist?

“It’s because of the development of the movement. Traditional watchmakers come up with the movement and then they make the watch, but we go the other way, which makes it even more difficult. The beginning is the story and the end is the movement. We then go to our watch development team and they have to find the solution and that’s why it takes such a long time.” 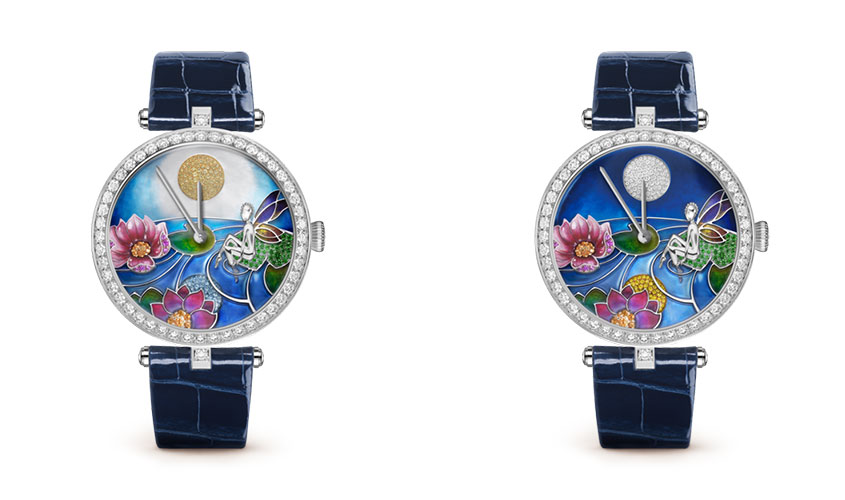 The Lady Arpels Day and Night Fée Ondine captures a water nymph as her day unfolds. The fairylike dial’s rotating disk turns in a 24 hour cycle, with the sun reigning over the scenery during the day before descending below the horizon to usher in the moon. The use of translucent enamel is key to its visual magic.

The waitlist for the 2017 watch was less surprising than Luchsinger’s comment that his customers are becoming more demanding with movements.

“You will laugh, but the problem with our Poetic Complications is that our clients are rather impatient,” he explained. “The first Poetic Complication is 11 years old and that one was the Four Seasons, with 365 days of movement, so you could see spring, summer, autumn, winter; the foliage changing. But our clients now want something faster. That’s why we have 12 hour or 24 hour complications so they can see something happening on their dial, the metamorphosis. They don’t have to wait one year.”

For history buffs, a visit to the 1906 archive room in Sydney’s boutique is recommended. It’s the first of its kind in Van Cleef & Arpels’ international network, with displays of heritage items to change every quarter. There may very well be a watch installation in the near future. 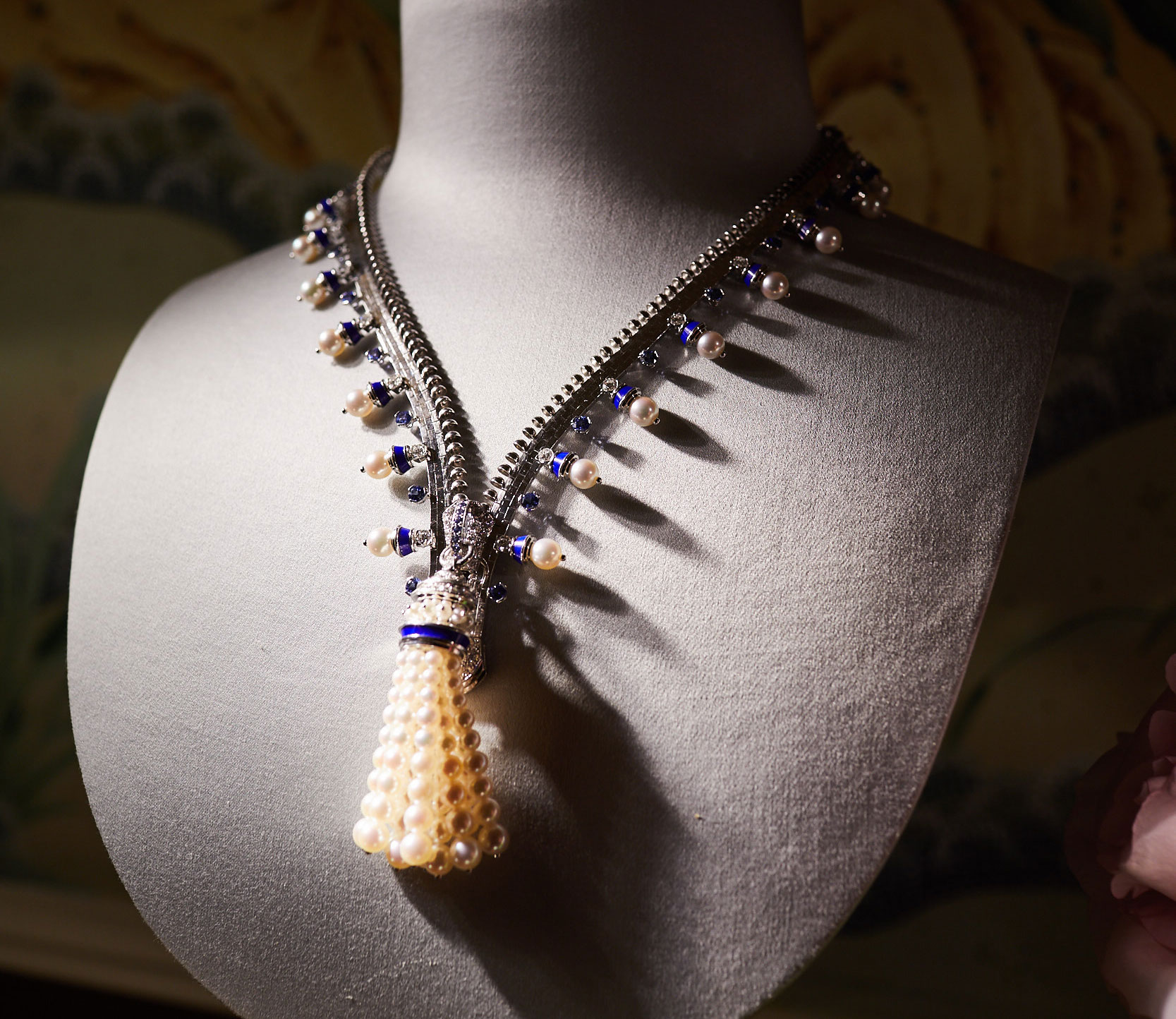 The timepieces at Barford House sat alongside ornate necklaces, rings, clips of dancers, and an exemplary glass-cased tableau of Van Cleef & Arpels’ nature influences, with animals assembled as a Noah’s Ark, one of the house’s latest High Jewellery collections. 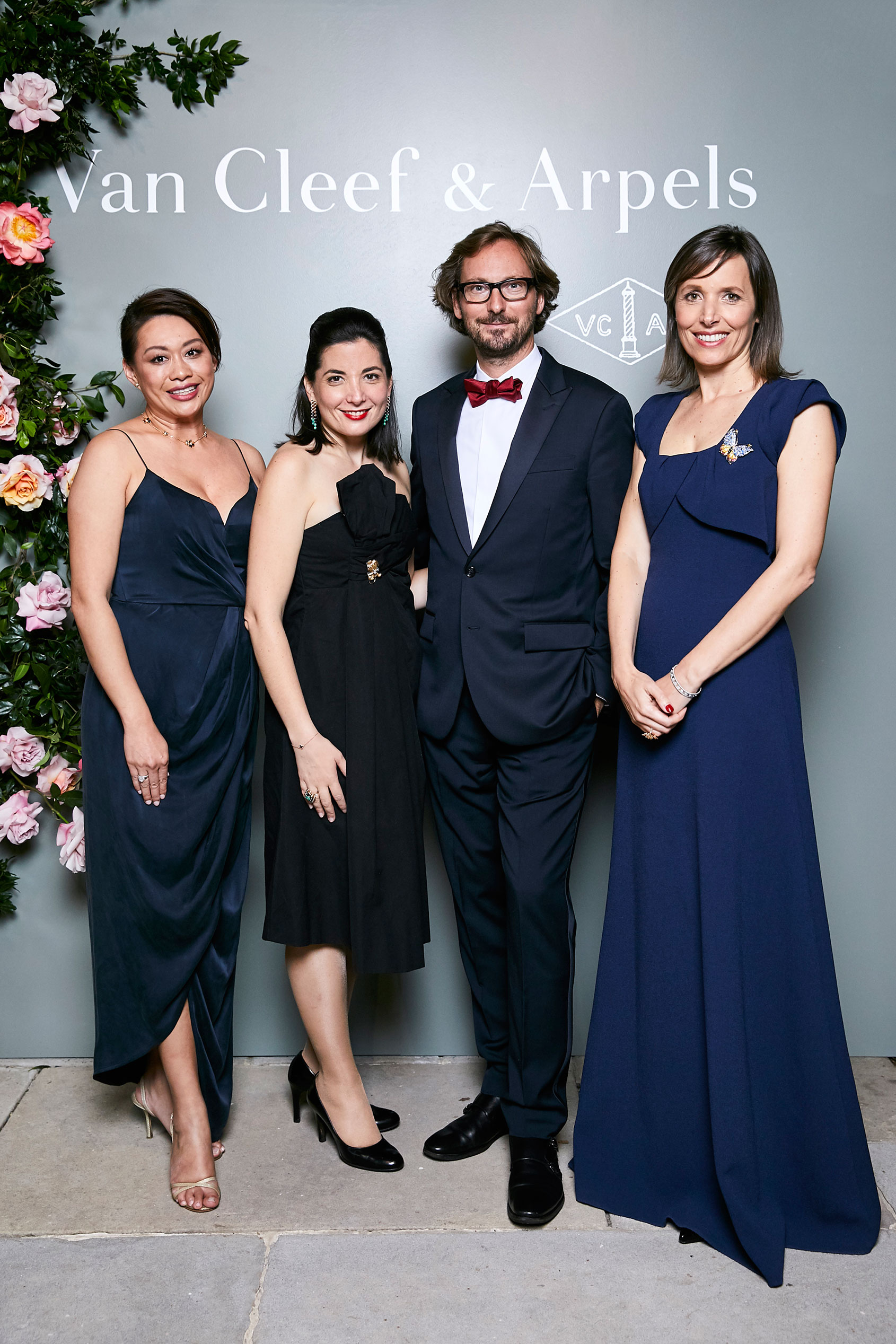 There was much to raise a flute of Billecart-Salmon to. Not only can Australian jewellery lovers expect to see the house’s high jewellery pieces visit at least once a year, Van Cleef & Arpels, long inspired by its love of ballet along with arts and culture, has recently announced its sponsorship of the Australian Ballet. As Nicolas Bos ended his brief speech’s toast: “It should be a nice ride and a nice dance.”