You may have heard the news that Tom Hanks and his wife Rita Wilson contracted coronavirus while filming the untitled Elvis Presley biopic in Australia; they are both reportedly recovering well, but Elvis fanatics will be champing at the bit for the production to ramp back up. It, like life as we know it, has been postponed. While the film is on hold, fans now have the chance to own one of The King’s personal timepieces – one that has had a torrid, and fairly low-rent ride through various auctions over the years, never achieving a fraction of the value of either, more prized timepieces.

Such as this Omega, which was sold by Phillips in 2018, and took the crown for the highest price ever achieved by an Omega at US$1,812,318, an eye-watering amount, and an indication of how far some fans will go to bring a part of musical history into their collections. But this result does not explain the case of a yellow gold Universal Genève owned by Elvis, which has been up for sale at auction no less than four times, and is now for sale again for $34,500 USD plus premiums. 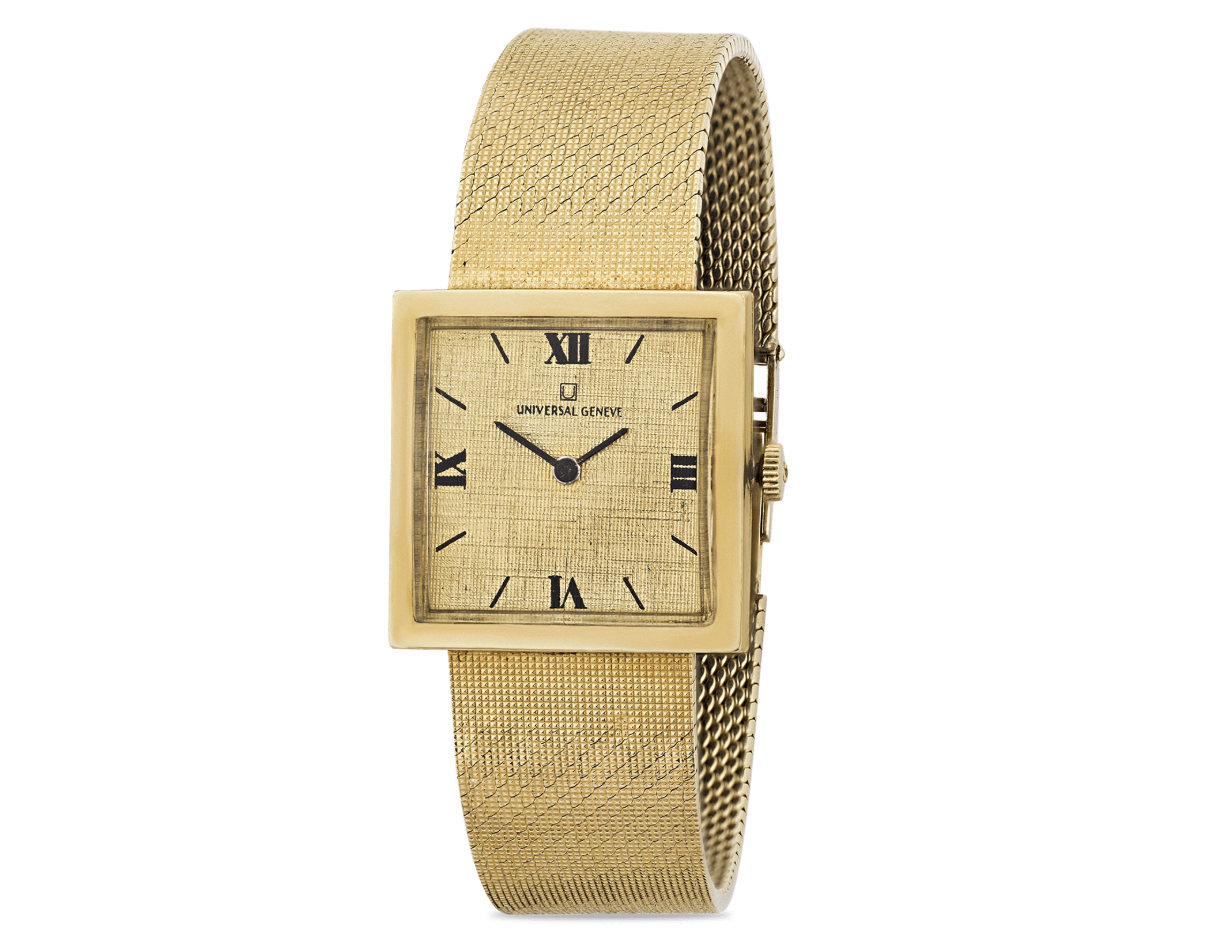 Currently being offered by M.S. Rau Antiques, the relatively nondescript time-only watch is complete with letters of authenticity confirming its provenance, and in the context of his white gold Omega (complete with diamond bezel and Tiffany & Co. signature), appears to be a bargain, certainly when compared to the Omega. The watch is thought to have been given to Elvis by Sam Phillips, a record producer credited with discovering the young King’s talents, as a result of an engraving on the caseback: “Elvis Love Sam”. 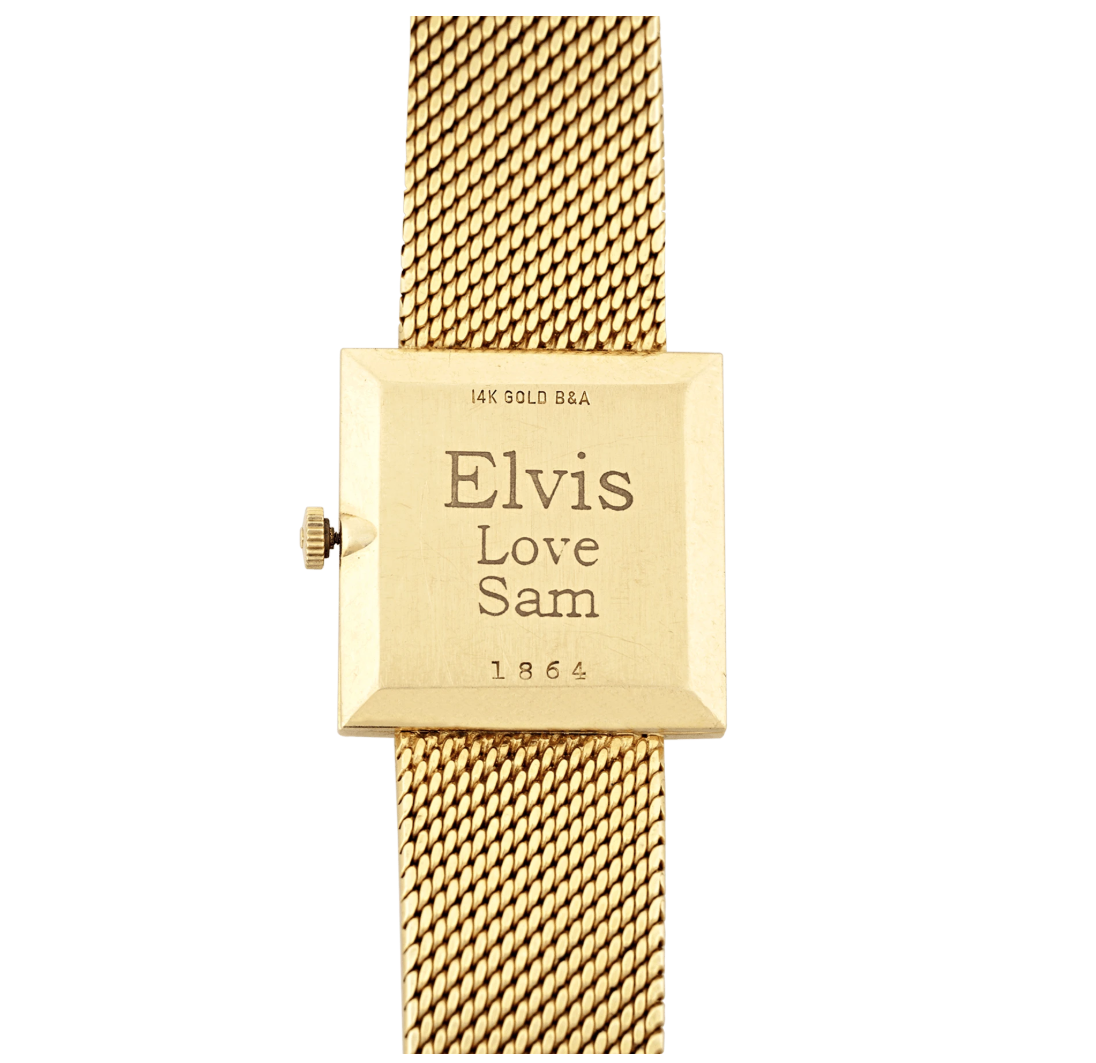 Elvis then gave the watch to his trusted physician, Dr Elias Ghanem, as a thank you gift for dutiful treatment over the years. The watch was first sold at Dr Ghanem’s estate sale, thought to have been around the end of 2016, judging by an appraisal (the watch was valued at US$5000) arranged by Dr Ghanem’s daughter. But whoever bought it either wasn’t as much of an Elvis fan as they had thought, or they hit financial hardship, because the watch was again up for auction by May the following year. 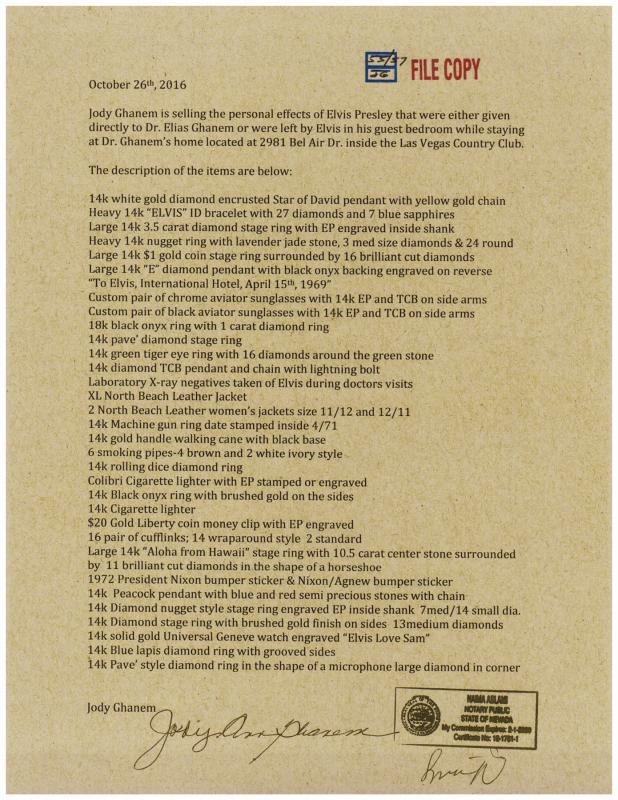 Sold by Julien’s Auctions, the angular Universal Genève achieved US$12,800 in their annual Music Icons themed auction. It wasn’t enjoyed by its new owner for long, though, with it reappearing in the 2018 edition of Julien’s Auctions Music Icons sale, this time reaching only US$5760 before the hammer came down. Whoever bought it only 364 days prior can’t have been impressed with this result, especially if they had purchased it on the assumption of it appreciating. What is most remarkable about this result is that only six days earlier in Geneva, Phillips achieved the world record price for Elvis’ Omega, which hammered for around 314 times the price of the Universal Genève. 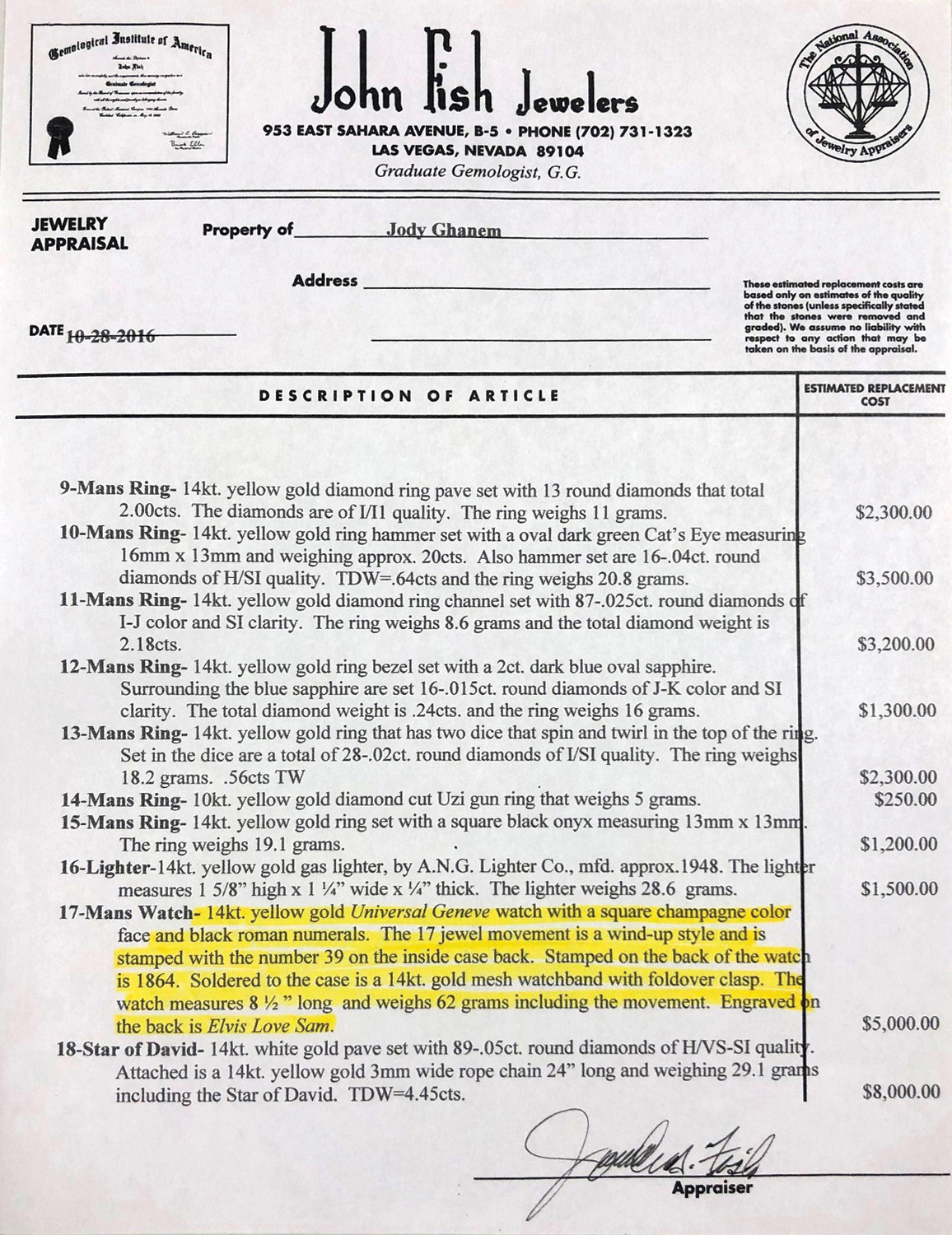 Six months passed before the watch returned to market, this time at another Californian auction house, GWS Auctions. In November 2018 it sold for US$10,000, a decent return for the seller, but still minuscule in comparison to the high tide mark of the Omega result earlier that year. Once again, the watch seems to have been bought by a bidder without much love for the King, as only nine months later it was up for grabs once again, selling at Graceland Auctions. With a minimum bid of US$5000, the watch failed to encourage a single paddle in the air, and when the dust was settled, it remained unsold. 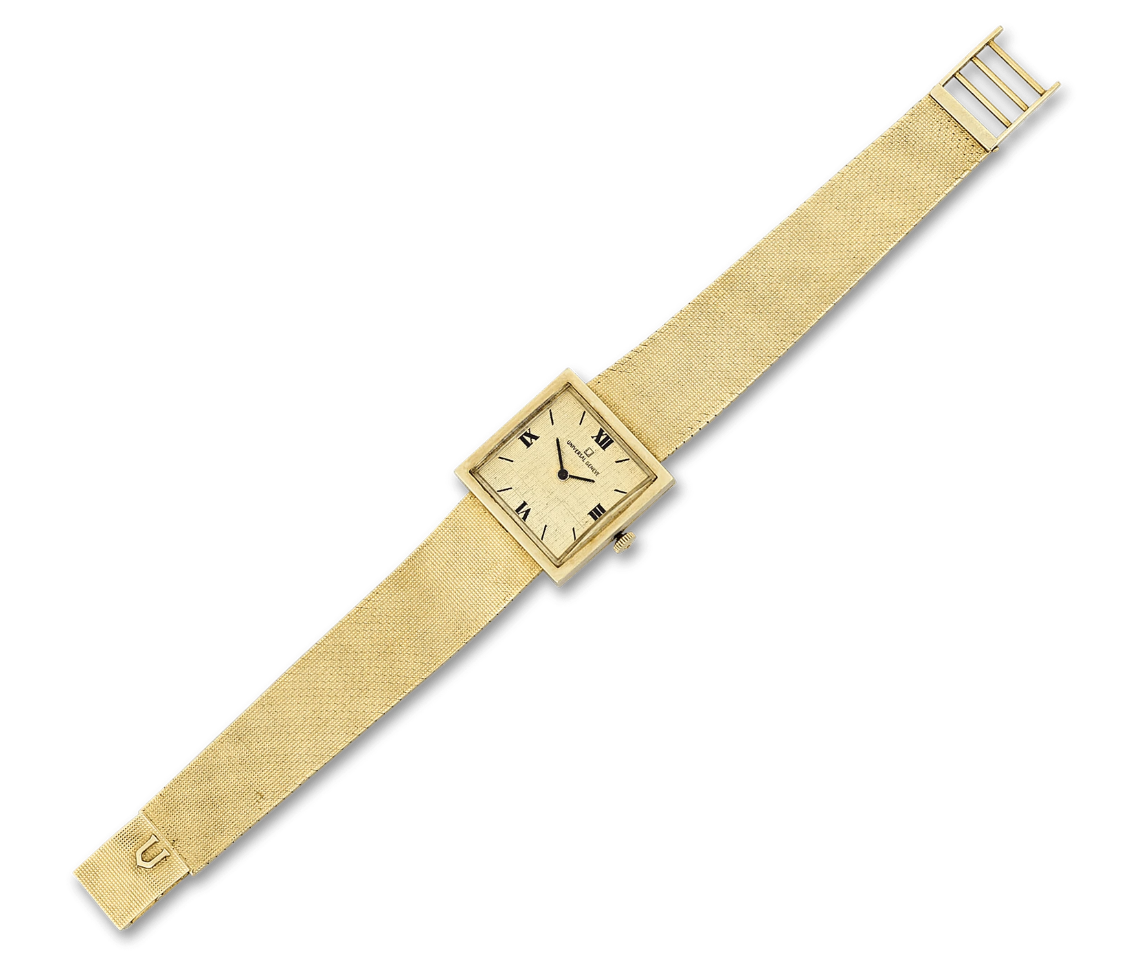 Exactly how it came to be with M.S. Rau Antiques another eight months after its last attempt at sale is unclear and, in the context of the journey of this Universal Genève, the asking price is high. But it remains curiously affordable, in comparison to many of the King’s most coveted jewellery items. If its last five owners were passionless speculators, simply trying to make a quick buck on a piece of Hollywood memorabilia, there is clearly a group of collectors willing to spend big on watches owned by Elvis — they just failed to reach them with this watch. As a result, I hope this piece finds itself in the hands of one of those genuinely enthusiastic collectors. A person who is both passionate about watches and Elvis’ place in 20th century music, and who will buy this watch not to flip in a year for a few thousand dollars, but to treasure its important place in the intersection between Hollywood and horology. And if the time does come to sell the watch in a decade or so, the 100th birthday of Elvis Presley is only 15 years away. After all, we’re due for a new record-breaking Universal Genève.