The word “concept” is something that is often associated with the world’s most enthralling works of art. A concept album can tell a very deliberate story, or explore a particular theme or idea in wondrous detail. A concept car is usually shown to represent the pinnacle of a designer’s imagination that’s invariably watered down should it make it into production. So when Audemars Piguet announced a concept watch in 2002, what was the world to think? Does it represent some bigger idea? Can I actually buy one? Why does it need to exist? Unpacking the Audemars Piguet Royal Oak Concept isn’t instantly intuitive, but it begins with rebellion, technology and ingenuity. 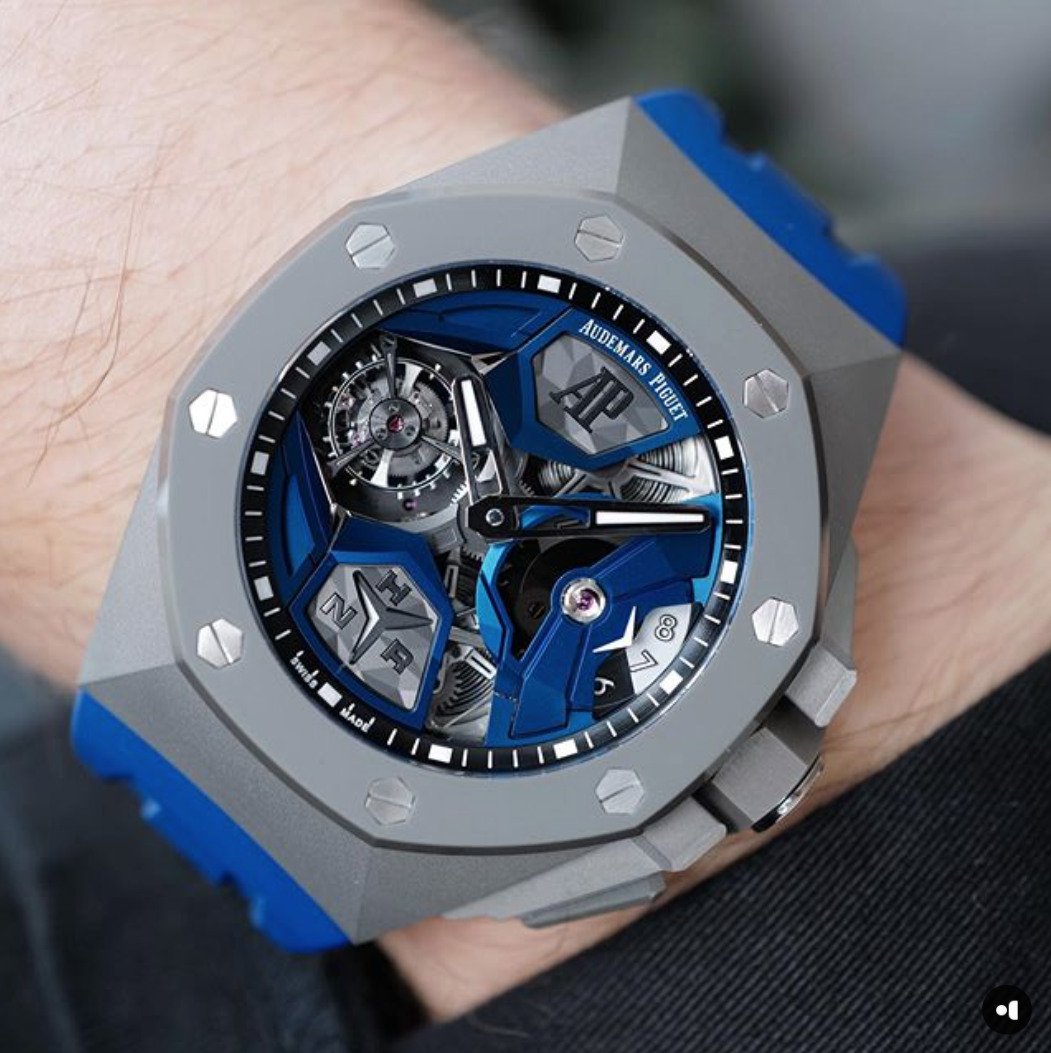 If you’re unfamiliar with the story of the original Royal Oak introduction in 1972, here’s a quick debrief. Seiko unveil their quartz-powered Astron in 1969, shaking the foundations of the watch industry. As the masses flocked towards the technology for its affordable reliability, the Swiss traditionalists were brought to their knees. Many brands held on for dear life, some even releasing their own quartz offerings, but many more collapsed. Audemars Piguet realised that their struggles didn’t have to be the end, but an opportunity for reinvention. Enter designer Gérald Genta. Together, they release the Royal Oak. A luxury wristwatch made not of precious metals but simple steel. Not fuelled by dainty elegance but harsh, industrial lines. No matter how many people insisted it was an insult to high horology, the trick worked and the legend was cemented. 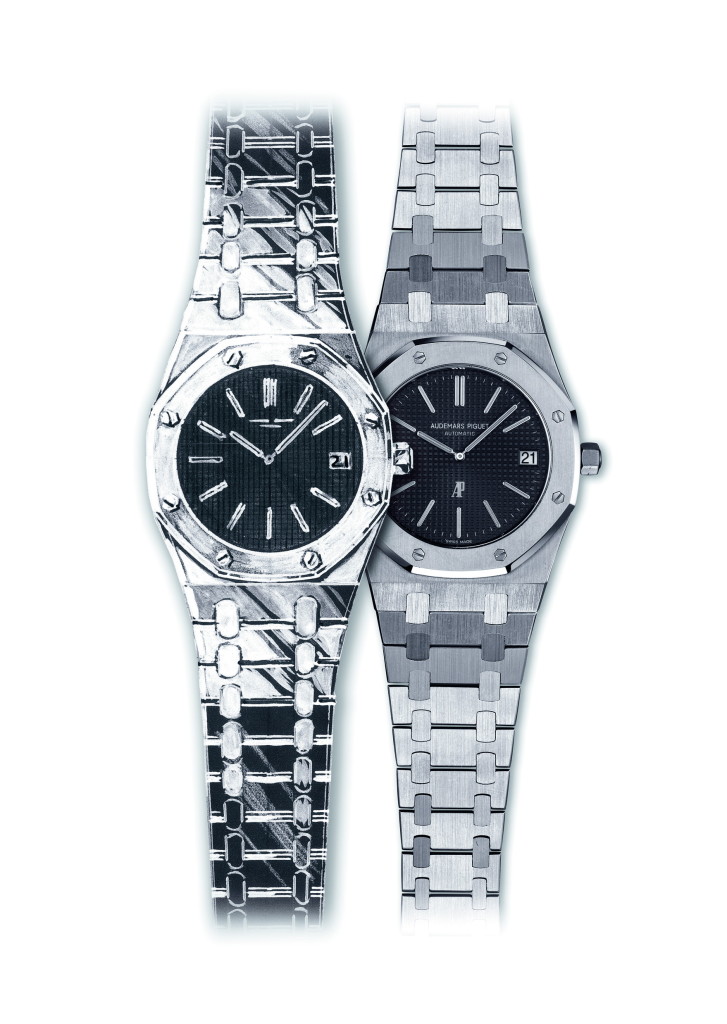 The original drawing of the Royal Oak by legendary watch designer Gérald Genta.

It took over 20 years for the Royal Oak to outdo its own controversy, but it managed with its ‘90s evolution — the Royal Oak Offshore. Bigger, bolder and  more bad-ass, the Offshore honed in on the ultra-masculine swagger carried by the likes of Arnold Schwarzenegger, and “The Beast” was eventually released in a variety of wildly vibrant colours. The story goes that Genta stormed into the AP offices, accusing them of killing his baby. Although it faced all the same criticism as the ‘70s original, the watch-loving public had grown used to being shocked, and the Offshore soon found its popularity. 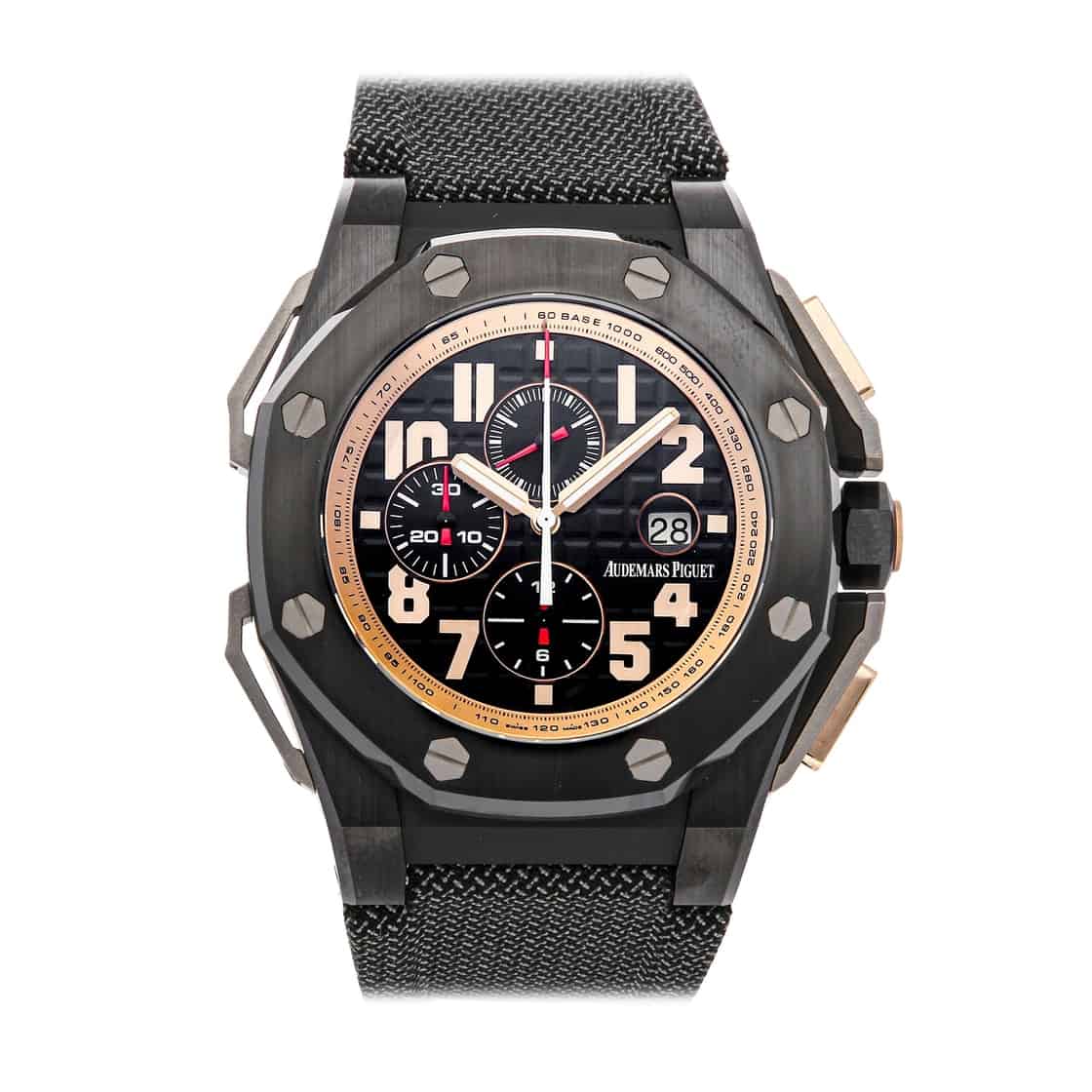 This is where the Royal Oak Concept comes in, and also where the tale becomes quite philosophical. If someone was to ask you to think of a 1930s watch design, you’d get a visual picture in your mind with ease. How about the 1960s? Even easier. The ‘80s? Digital Casios galore. But, if someone asked you to think of a watch which encapsulates the ‘90s and 2000s, then the modern day, the answer is elusive. Even the Offshore, as challenging as it was, didn’t stray all that far from the look of the original ‘70s release. High watchmakers had a responsibility to keep their eyes on the future, to set the trends that would be remembered for the decades to come. On that front, they were failing. Yet again, Audemars Piguet decided the onus was on them. 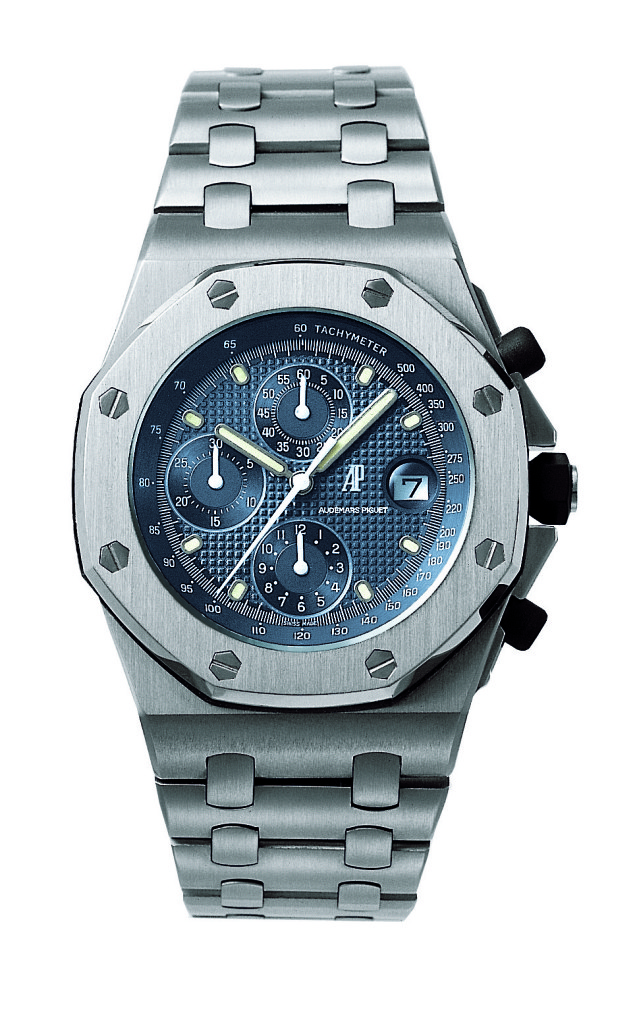 In 2002, the Concept is brought to life. Although it’s octagonal bezel and nut-shaped crown still gave it away as a Royal Oak, nothing like it had ever been seen before. Wrought from aerospace-grade cobalt alloy Alacrite, the intended effect of this openwork watch was clearly to be completely alien. A snaking balance bridge gave extraordinary resistance to G-forces, enough to survive a crash in an F1 car. The Dynamographe displayed how much torque the mainspring had, so you could see how the timekeeping was affected by the power reserve running low. The road to evoking the modern era wasn’t to make slow refinements upon previous models, but to unapologetically embrace futurism, post-modernism, escapism, and to continue with their track record of shocking the world. The watch was still a blend of past and present, but only in its manufacture. With the help of CAD (Computer-Aided Design) programs and CNC machining, the resulting watch could then be given the traditional hand-finishing treatments expected of a timepiece that cost the same as a supercar. 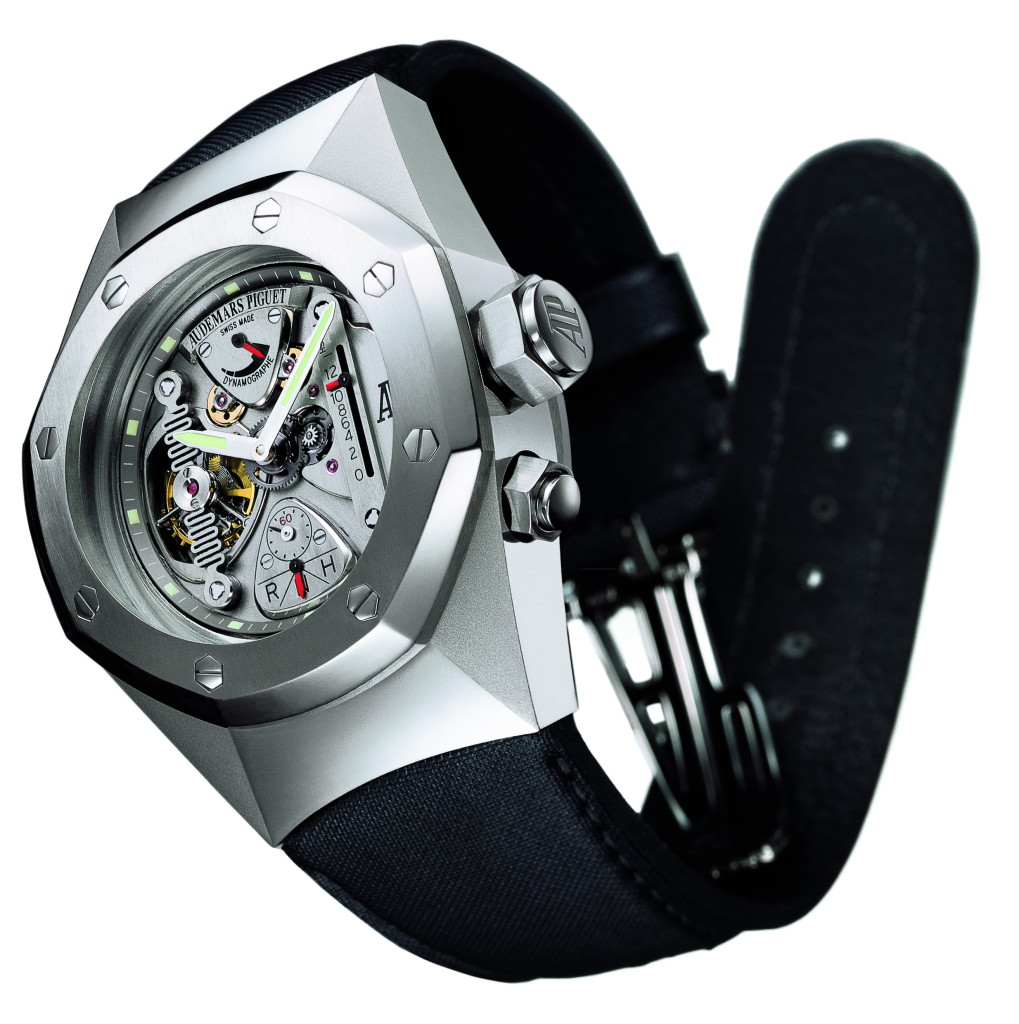 Not many people understood the Concept, but that was to be expected of a watch designed to be ahead of its time. A hulking 44mm case with stretching integrated lugs and bracelet curved to conform only to the biggest of wrists, otherwise demanding complete dedication in order to wear it, and not have it wear you. Of course, development didn’t end there. The 2008 Royal Oak Concept Carbon took the watch into the realm we’re more familiar with today, breaking down barriers between the case, dial, and movement with a darker colour scheme that made it a bit more friendly to the human eye. The 2011 Concept GMT Tourbillon introduces two of the biggest themes we see in the modern Concept range, firstly with a GMT display at 3 o’clock. This is representative of a newer generation purchasing these watches, those with younger hearts and minds who are more likely to be flying around the world on a monthly basis. The second theme is that of highly architectural dial design, now considering exactly how the openwork sections flow into the dial, and how the light will play off different facets depending on its angle of view. The experience of viewing a Royal Oak Concept was now completely different whenever you flexed your wrist. 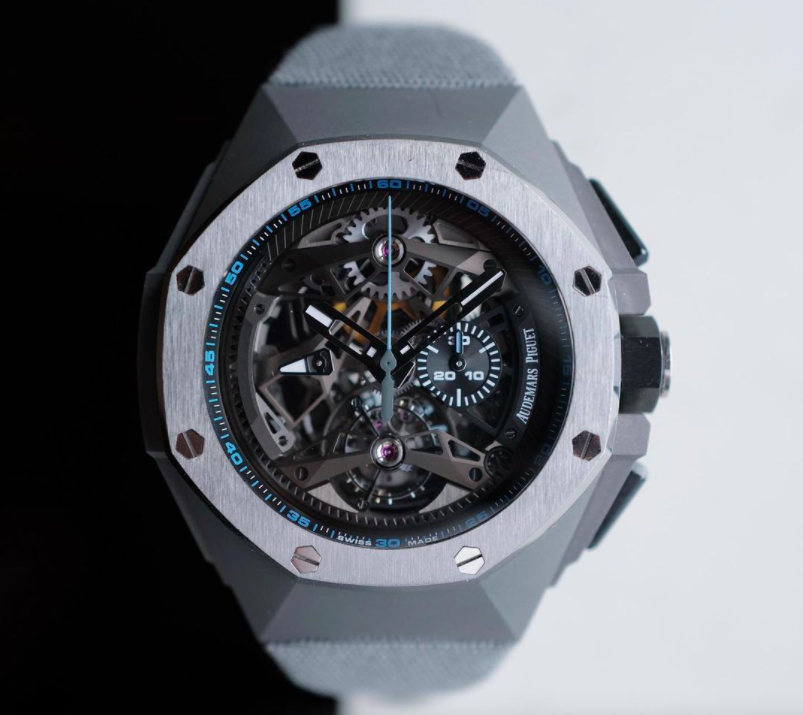 It seemed as though Audemars Piguet had reached a thematic sweet-spot with the Concept, and aesthetic changes would no longer be enough to satisfy the cravings of evolution. In 2015, the Royal Oak Concept Laptimer Michael Schumacher set out to achieve an entirely new complication. The humble chronograph couldn’t hold a candle to what they came up with. With this watch, despite the deceptively ‘minimal’ dial, you could time consecutive laps of a motor race, for as many laps as you needed, down to one fifth of a second. As if that wasn’t enough, the very next year the Supersonnerie was released, incorporating a minute repeater that took eight years to develop, alongside the “standard” tourbillon and chronograph. 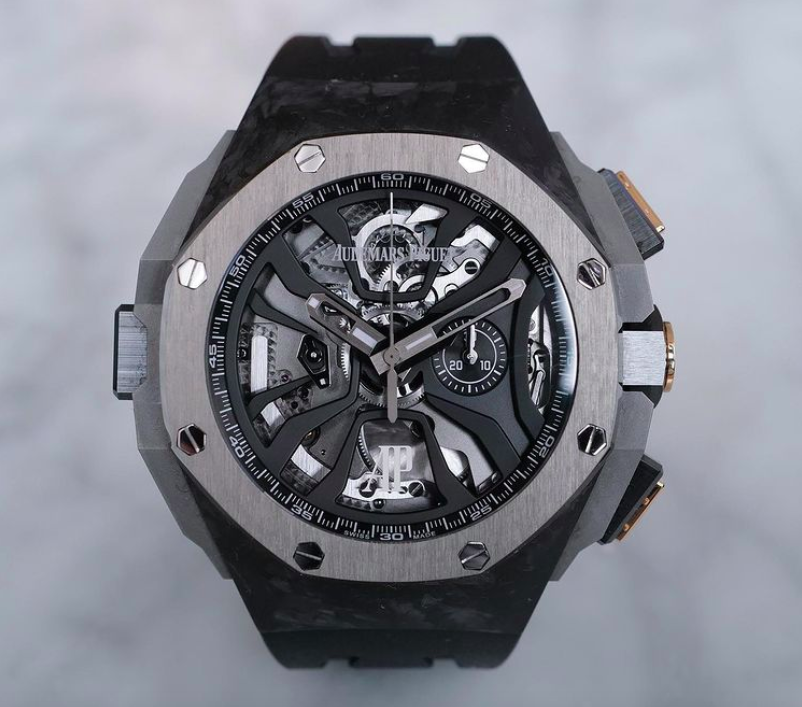 Just like the God Janus of Greek mythology, Audemars Piguet is a brand of two faces, representing the forward momentum and transition of culture. Their traditional face is very much alive and well, continuing the legacy that their 19th century roots brought forth. The other is responsible for lines such as the Royal Oak Concept — relentlessly pushing boundaries wherever it can find them. While there are other brands who can rock the boat, it’s Audemars Piguet who built that first battleship. The newest Royal Oak Concept Flying Tourbillon GMT watches, alongside the Frosted Gold models for women, offer further proof that the innovation has no signs of slowing down. So, what is the Concept? Simply put, it’s to anticipate the future that Audemars Piguet continues to control.