Since 1948, Omega have been perfecting their formula for conquering the sea. What began as a splash-proof dress watch, quickly spiralled into a race for innovation amongst Switzerland’s finest as to who could plunge the deepest depths and still tell the time.

The Seamaster line is Omega’s crown jewel in technical achievement and design, with mesmerising good-looks intrinsically linked to having the utmost legibility under the waves. 2017 saw a revamped edition of the Seamaster 300, Omega’s famed 1957 release that has become an all-time classic. Last year saw the Planet Ocean Ultra Deep Professional reach a staggering 10,929m underwater, breaking the world record for a wristwatch in the Mariana Trench. Now, the Seamaster 300 Master Co-Axial and the Planet Ocean are engaged in their own battle at the top of Omega’s steel-diver catalogue. 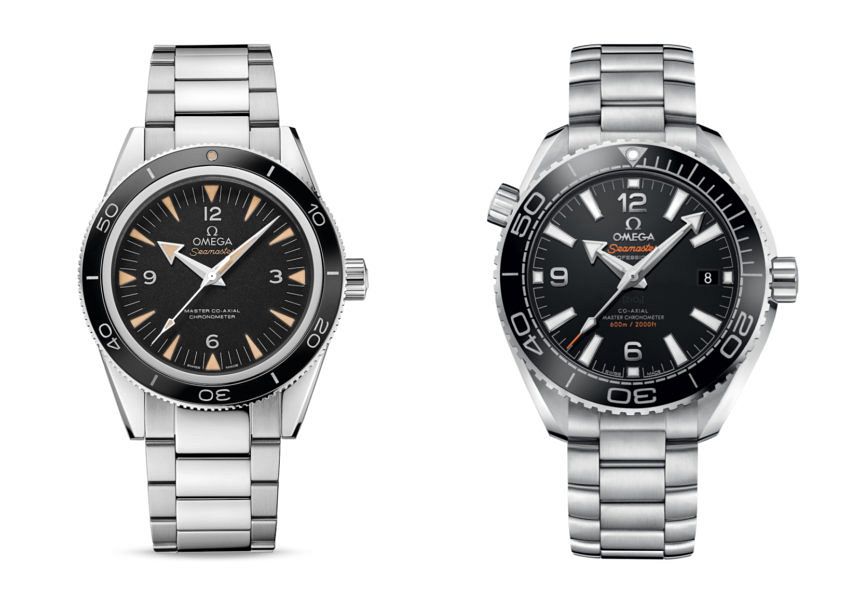 As much as the Planet Ocean is undoubtedly a modern beast, its roots aren’t all that detached from the Seamaster 300. The first generation, launched in 2005, took its dial inspiration from the 1960s SM300, reference 165.024. Specifically, it took the same font of Arabic numerals, and used the trapezoid-shaped printed markers to model its applied indices. Its broad-arrow hands are also inspired by the 1957 Trilogy watches, although the slender and sophisticated dauphine minute hand made way for an elongated arrow hand, allowing for a sharper, aggressive look with heaps of room for lume. 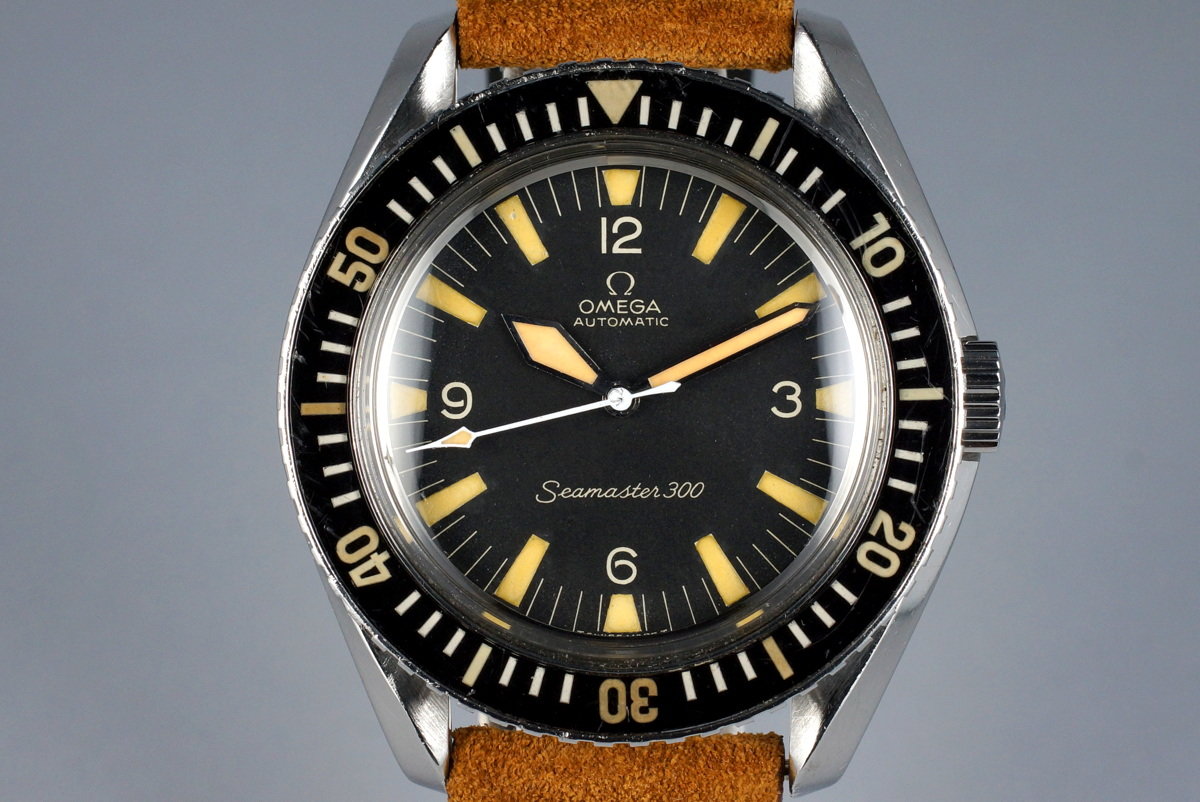 The modern generation of Planet Oceans has almost done away with printed Arabics altogether, leaving only a hint of its vintage origins. Bold, clean, and digital-looking applied numerals at 6, 9, and 12 glint under the light, while the indices are longer, fatter, and less angular which overall gives a stockier appearance. The greyed-out ZrO2 just beneath the hands gives away the use of Liquidmetal technology within the ceramic bezel, allowing for more detailed patterns such as the segmented lines after the 15-minute mark. Orange is the unofficial colour of the Planet Ocean line, and while some models blare that proudly with orange bezels, the tamed black references keep it subtle with two lines of orange script and an orange-tipped seconds hand. 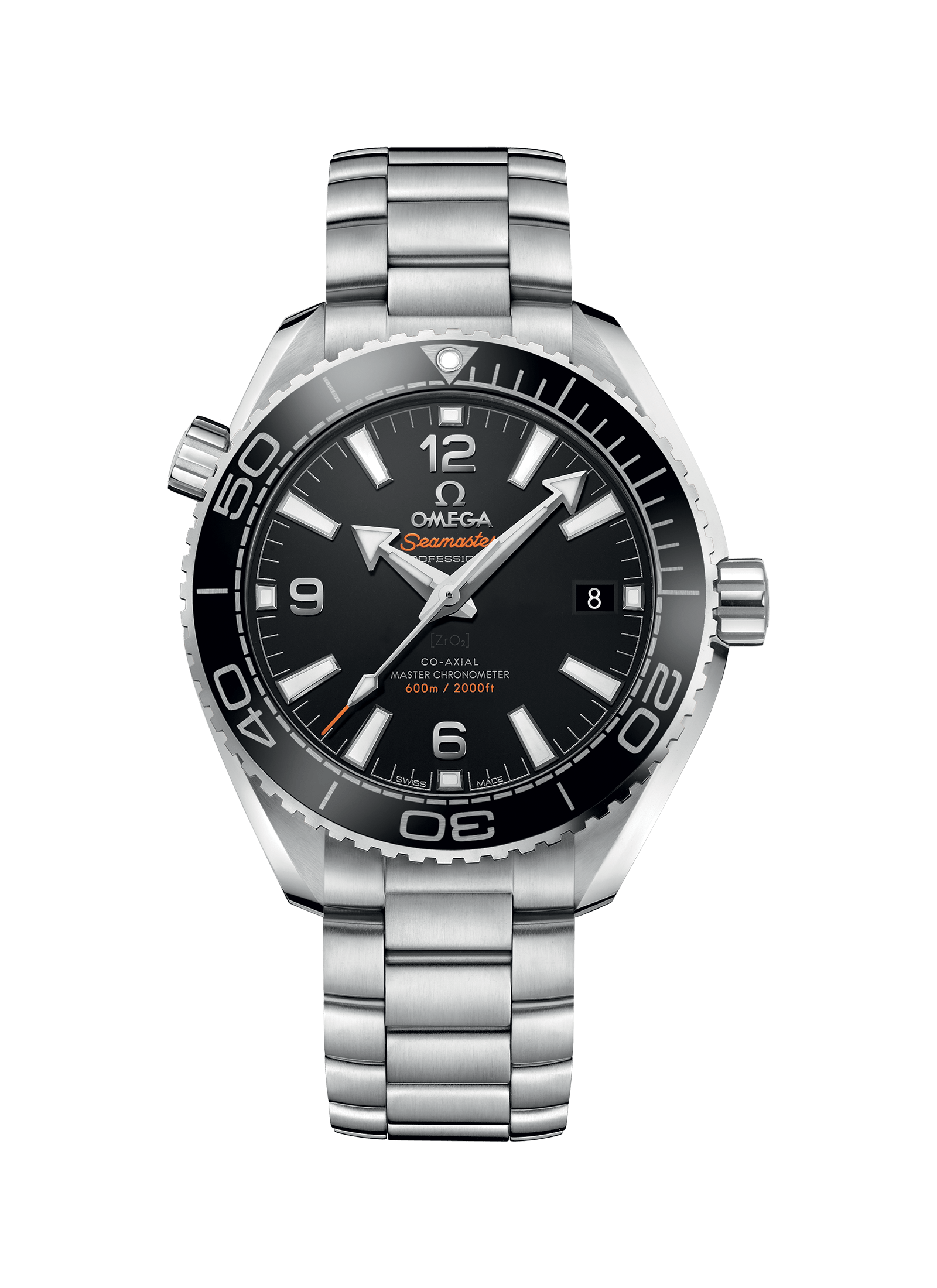 The Seamaster 300 is a much easier dial to wrap your head around conceptually, as it’s a near-exact replica of the 1957 release. A slightly grainy matte black dial mimics some of the aged appearance of the originals, as does the faux-patina of the Super-LumiNova, matched neatly in the bezel pip. The elongated shark-tooth markers, along with the skinnier numerals on the simple, symmetrical bezel, keep the design language in a firmly mid-century era, with the only clue to its young age being the “Master Co-Axial Chronometer” print. 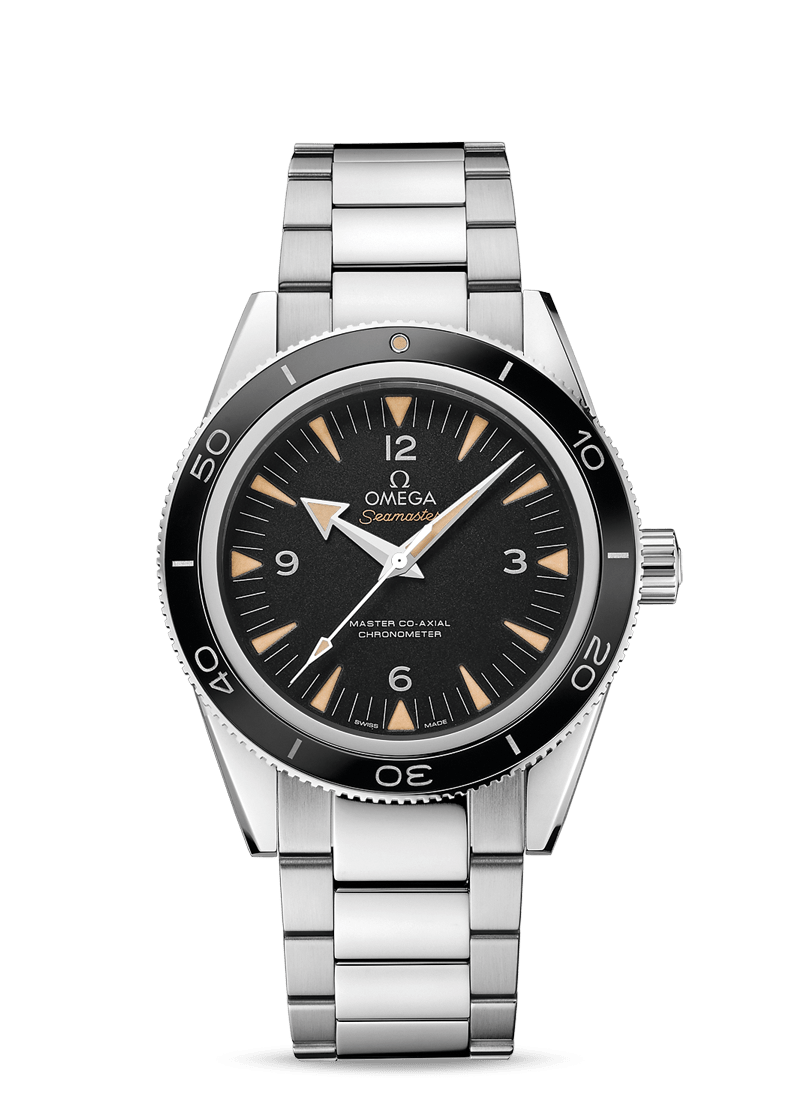 Since reverting to purely using in-house technology, Omega’s dedication to its movements has been outstanding. Anti-magnetism is a focal point, and although the people who really understand what 15,000 Gauss means are few and far between, this level of magnetic resistance is more than enough to give peace of mind to those working around strong magnetic fields, such as audio visual equipment or heavy machinery. 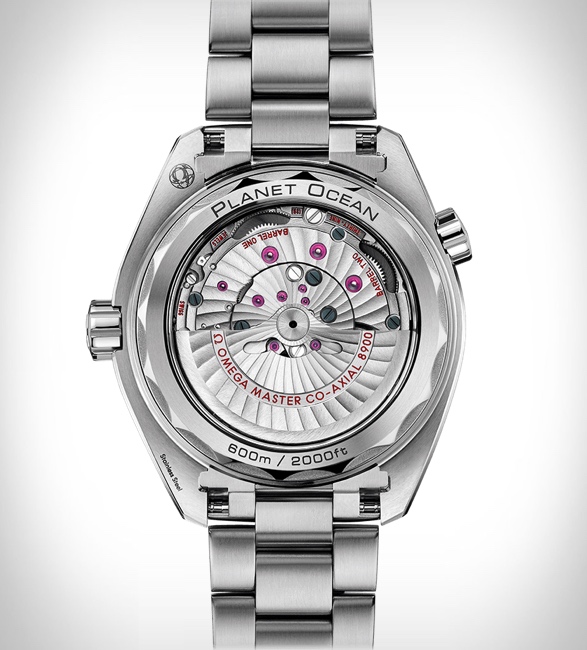 Both the calibre 8900 in the Planet Ocean and the 8400 in the Seamaster 300 are Chronometers, and each carry the same specifications, but they do have key differences, indicated only by a sneaky change in phrasing. They both have the famed Daniels’ Co-Axial escapement, free-sprung balances with silicon balance springs, wind automatically in both directions, and have a 60-hour power reserve thanks to dual-mainspring barrels. However, the 8900 is a “Co-Axial Master Chronometer”, meaning that its testing standards are some of the most rigorous out there today. The dual certification between METAS and COSC ensures these movements run within -0/+5 seconds per day, after the movement has been installed in the case. This is a step up from the “Master Co-Axial Chronometer” of the calibre 8400, which is only given the COSC certification for -4/+6 seconds per day. Some of the different references of Planet Ocean, and potentially future references of the Seamaster 300, will use different movements, so it’s a good idea to double check before committing. 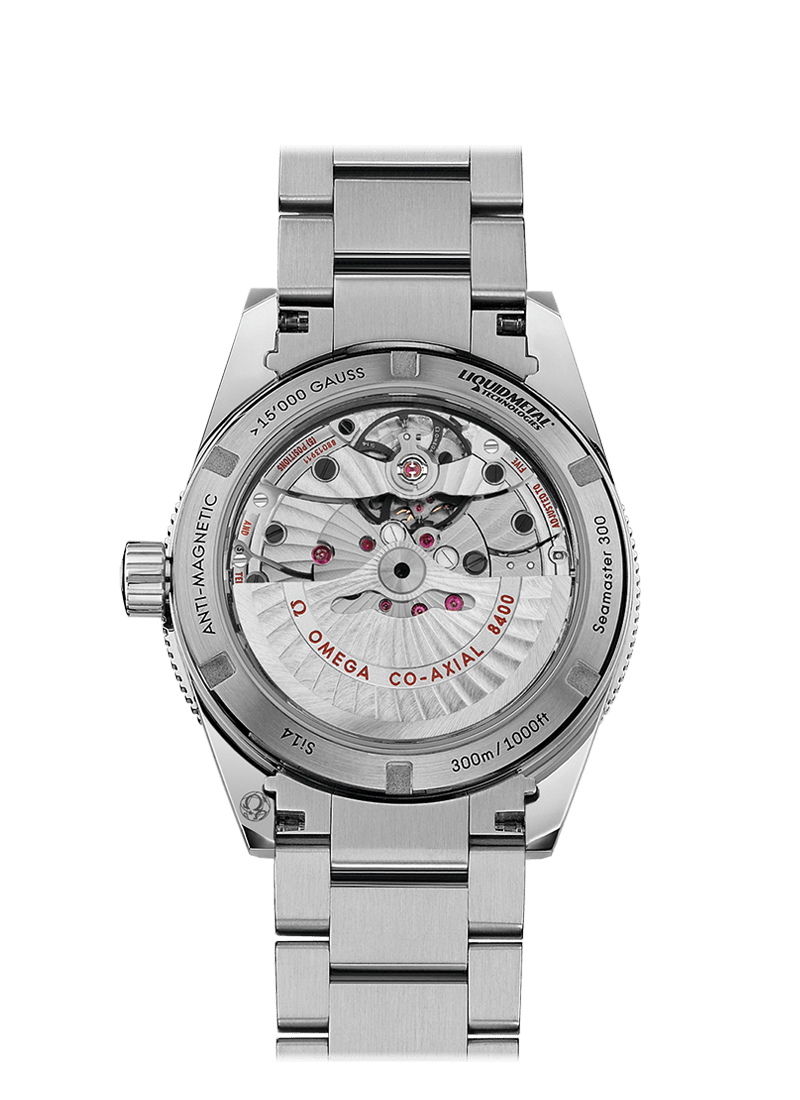 The Seamaster 300’s 41mm case is a small step up from the 39mm original, though the lengthy lugs give it more of a modern wrist presence than you may expect. The polished surfaces give it a certain refinement, and the flat, angular profile really rams home the fact that this watch is not of our time. Omega’s lyre-lug design present on the Planet Ocean may not be anything new, but it’s something we’re much more used to seeing on Seamasters and Speedmasters from the past few decades. In addition to the compound curves, which give the PO a more modern, organic appearance, those lugs also help to reduce the wrist presence of the references all the way from 37.5mm to 45.5mm. 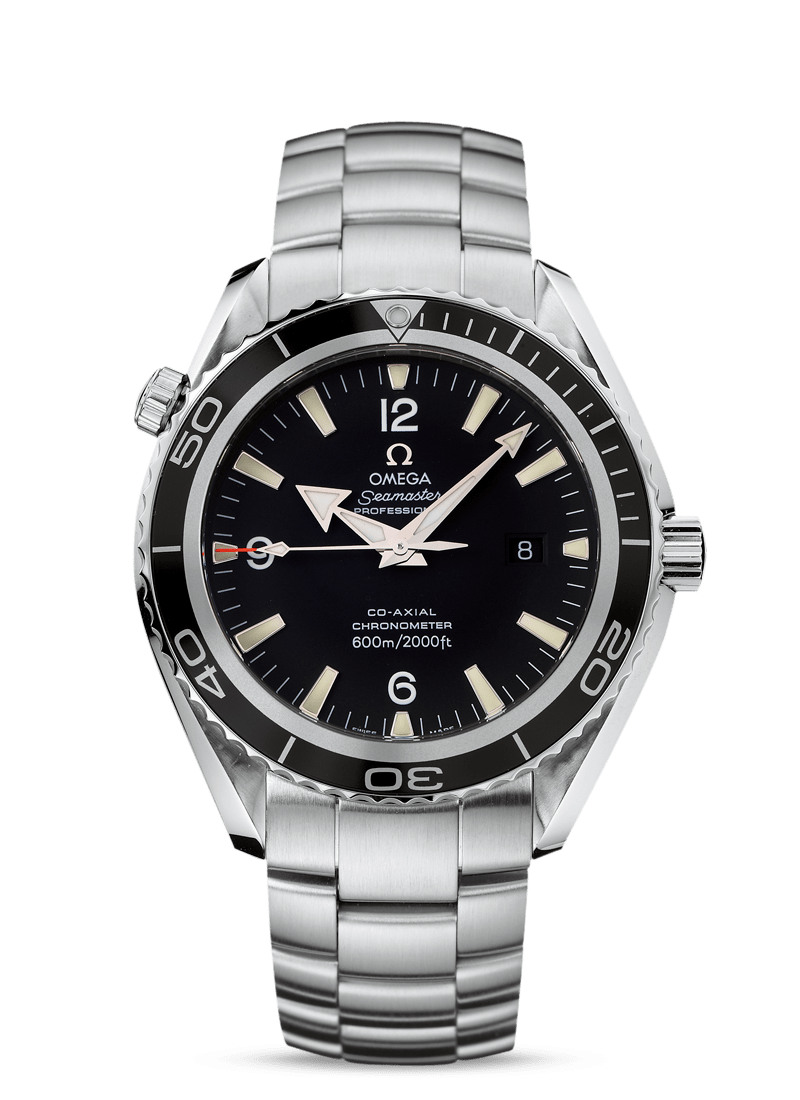 Thickness is an issue that can’t be avoided with heavy-duty divers such as the 600M Planet Ocean, with the 43.5mm reference measuring 16.5mm high. This is a significant increase from the Seamaster 300’s 15mm; 1.5mm may not seem like much, but it does make a difference. Growing thickness has been a bit of a bugbear for Omega since introducing their in-house calibers. For example, the 42mm Planet Ocean with the ETA-based 2500 movement is just a hair over 14mm. This hasn’t seemed to upset too many customers, though, as the trade-off includes getting a display caseback into that stunningly finished movement.

Both of these Seamaster models are available on leather, but for purity and practicality, the true comparison should lie with the bracelets. Both are steel, three-link, and have Omega’s phenomenally easy micro-adjust system in the clasp, but that’s about where the similarities end. The personality of each bracelet is completely different, and each is tailored well to the watch. The Seamaster 300’s links appear largely flat, making it look very wide and stout, especially with those huge polished centre links. The outer links, being brushed, give just enough contrast to stop the whole watch from being blinding, however the centre links, as well as the lugs, do give the watch somewhat of a blingy look.

The Planet Ocean’s bracelet is much more what we’re used to seeing on luxury divers these days, with each link given a soft rounded edge to increase comfort and prevent distractions from the dial. The entirely brushed finish also gives the PO its ruggedness, much more a tool than a relic. One point of contention has been the transition to odd lug widths, such as 19mm for the 39.5mm Planet Ocean, and 21mm for the 43.5mm and the Seamaster 300.

There aren’t many punches one of these watches can throw that the other can’t return, which goes to show how impressively consistent the Seamaster line is. In many cases, you will know which of these you’re lusting after the moment you see them in person. If you’re after a touch of the old world and can’t stand the Helium Escape Valve, you would tend towards the Seamaster 300. If you’re all about robust brutishness, one of the bigger Planet Oceans is for you.

Pricing and availability of the Seamaster 300 and the Planet Ocean 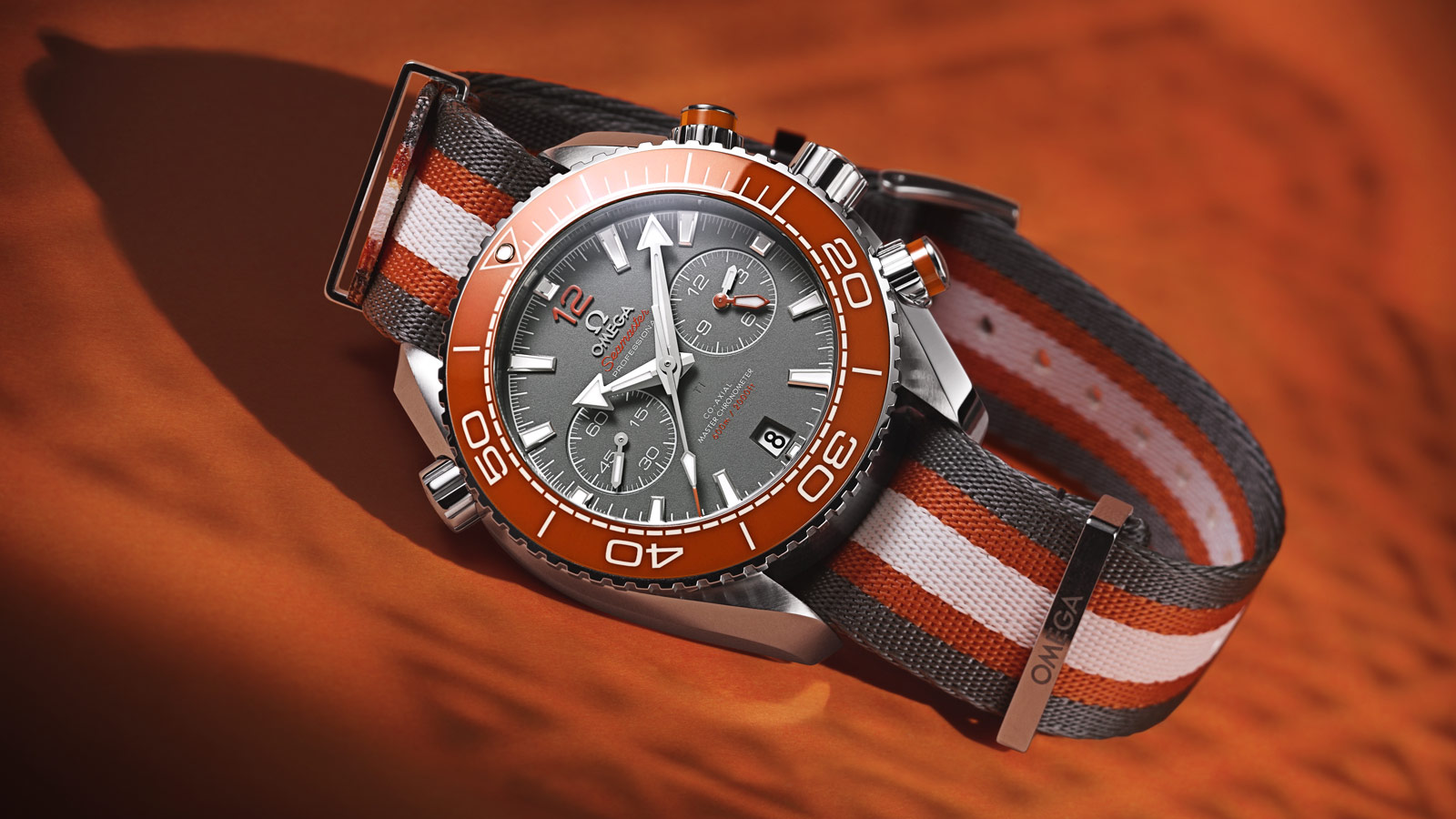 One strength the Planet Ocean has is sheer variety in models, from case sizes to colours and movements, such as the 37.5mm version with the calibre 8520. If you’re still undecided in the battle between vintage and modern, perhaps look into the late 2000’s Planet Oceans with the printed numerals. They may only have modified ETA movements, but they still run well and are currently hovering around the $4000 AUD mark.