The story in a second: Classic on the outside, contemporary on the inside. Baume & Mercier are onto a winner here. 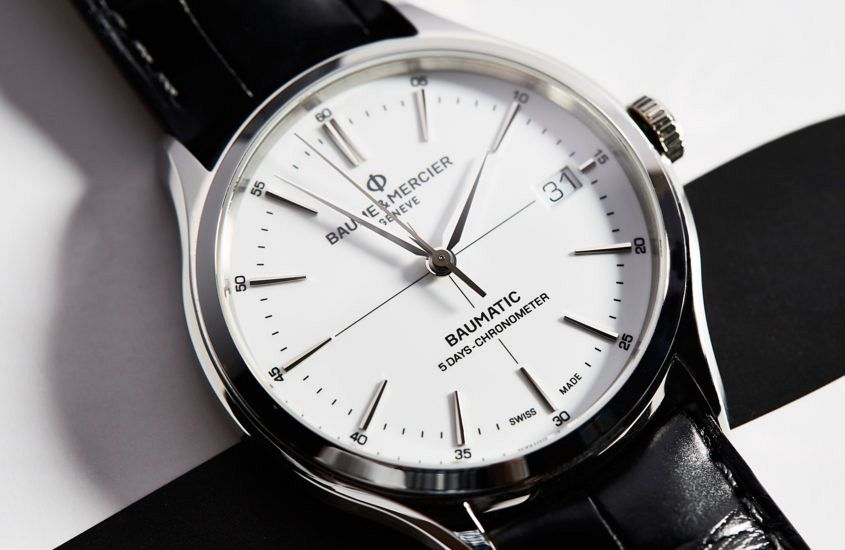 I’ve always thought Baume & Mercier were at their best when they were playing with the classics. The Clifton, with its classical proportions, vintage inspiration and strong value offering, is a proposition that was hard to beat. But beat it they did, with the deceptively simple Clifton Baumatic, and its powerful movement. 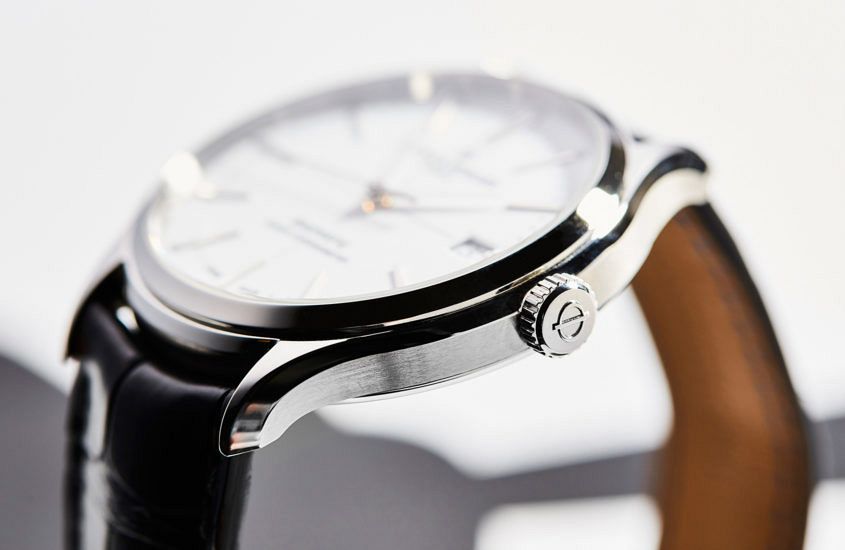 An elegantly proportioned case is a hallmark of the Clifton family, and this Baumatic version delivers, with neat and tidy dimensions of 40mm across by 10.3mm tall. But even though it’s a Clifton, it’s not quite the same Clifton as before. The regular — non-Baumatic — Clifton is shade wider at 41mm. It’s not just the overall width here that’s slimmer, the lug shoulders are more slender too, giving a greater air of timelessness overall. As you’d expect, the crystals are sapphire on the front and the rear, and it’s rated to 50 metres of water resistance. 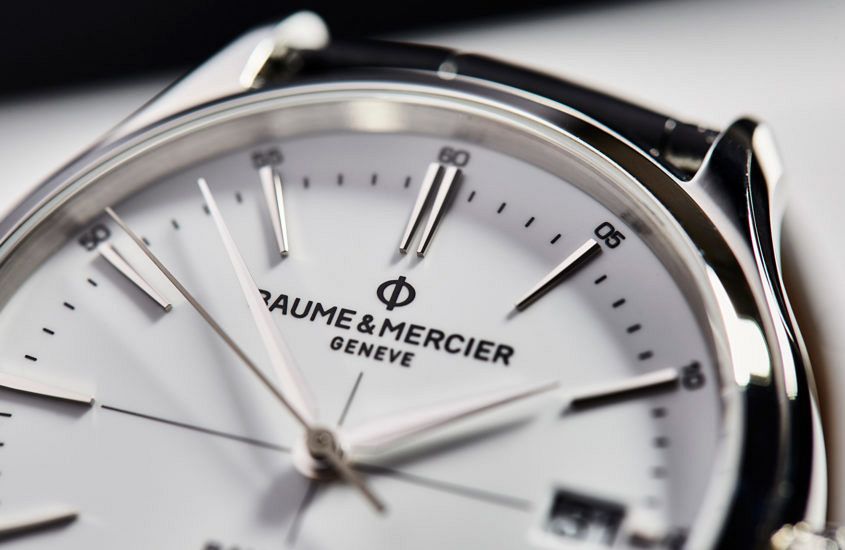 The classic aesthetic that’s evident on the case continues onto the dial, which could perhaps be best described as simple but stylish. Crisp black printing on a glossy white lacquer provides the foundation, with reflective, sharply faceted hands and markers providing the highlights. Another execution of this sort of design could come across as austere or cold, but Baume & Mercier have avoided that, thanks to the inclusion of numerous details. There’s a neat date at three, a legible minute track and Arabic marker for every five-minute interval (speaking of the minute tracks, the hour and minute hands are the perfect length, lining right up to either the hour or minute markers). The four lines of dial text convey a decent amount of info (name, place, movement, power reserve and chronometer status) while remaining balanced and not feeling like you’re reading an essay. What clinches the deal for me, though, is the cross-hairs marking, which appears only on this COSC model, and adds an extra vintage touch that is charming. It’s worth nothing there’s no luminous material on this dial, which is OK for such a dressy design. It would have perhaps been possible to place small plots at the outer edge of the hour markers, but that would have necessitated a change of hands, which would have detracted from the sharpness and purity of the design. 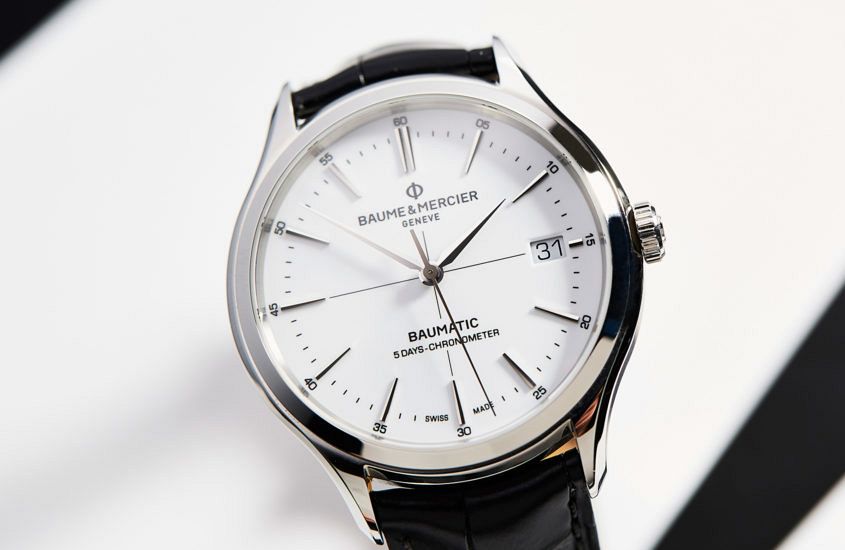 For all that the case and dial of the Clifton Baumatic are attractive and well thought through, the real hero here is the movement. The Baumatic is Baume & Mercier’s first in-house movement and, boy, did they come out of the gate strong. In a straight specs-to-price valuation, the Baumatic movement is perhaps the most impressive movement not just in the Richemont stable at the moment but the entire Swiss watch industry. Given that it was developed by Richemont’s movement boffins over at ValFleurier, we can expect to see this architecture disseminate through the group, but right now, at Baume & Mercier’s price point, it’s hard to beat. So, what do you get? First of all, the big news (as trumpeted by the dial) is the five days of power reserve. Three days would have been enough, but I’m not complaining at five. The COSC level of accuracy is pretty standard, but it’s still an important marker of quality and reliability. But where the real wearer benefits come in are the anti-magnetic properties, thanks to the Twinspir silicon hairspring and the five-year service interval. It might not be as sexy a selling point as the power reserve, but this long service interval shows faith in the Baumatic, and that the movement has been designed from the ground up as a thoroughly modern workhorse. 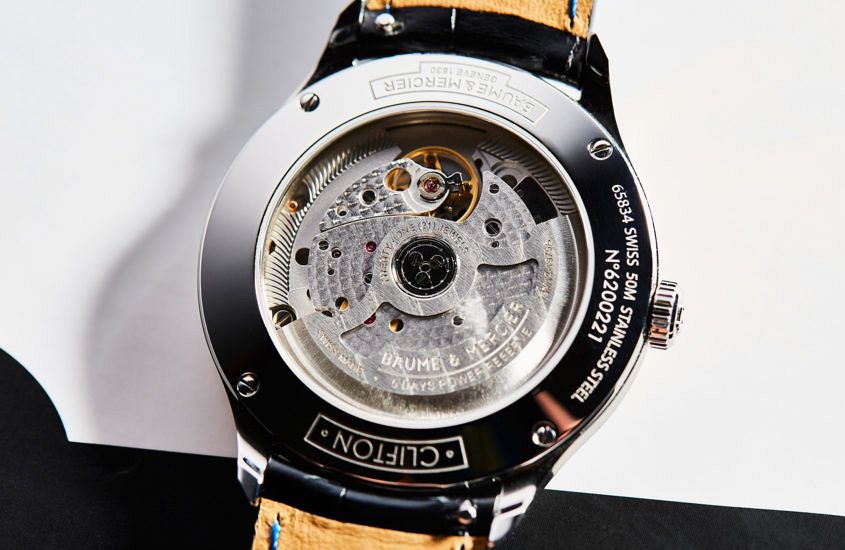 But this movement can’t be all things to all people. While the functionality of it is strong, the finish is on the industrial side. And while it might not be as prettily polished as a watch four times the price, that’s entirely the point of this Clifton — for just over four grand you can’t have everything.

This version comes on a simple black alligator strap, with a reinforced stitching and a tang-style buckle. It’s a safe, strong choice, but unremarkable. It’s worth noting that the very clean design means that this watch would lend itself to a wide range of straps, from the traditional to the more outré. 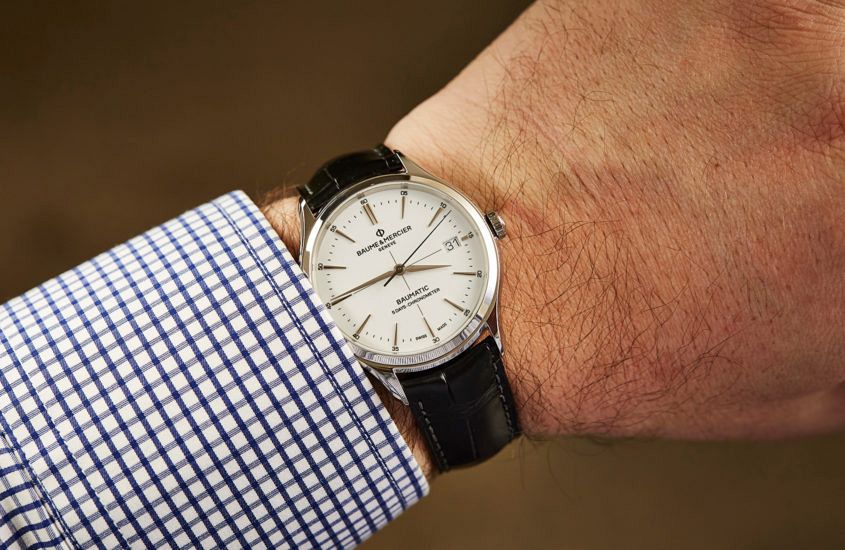 The Clifton Baumatic was the perfect gentleman on the wrist. Distinguished, clear, precise and comfortable, but also unobtrusive and versatile. Side note, I’m not entirely sure these are the traits I’m looking for in a gentleman, but they seem vaguely in Mr Darcy’s playbook so I’m going with it. In its current configuration it’s very much a buttoned-up, suit and tie type watch, but as mentioned above, I suspect a change of strap would result in a significant change of personality. 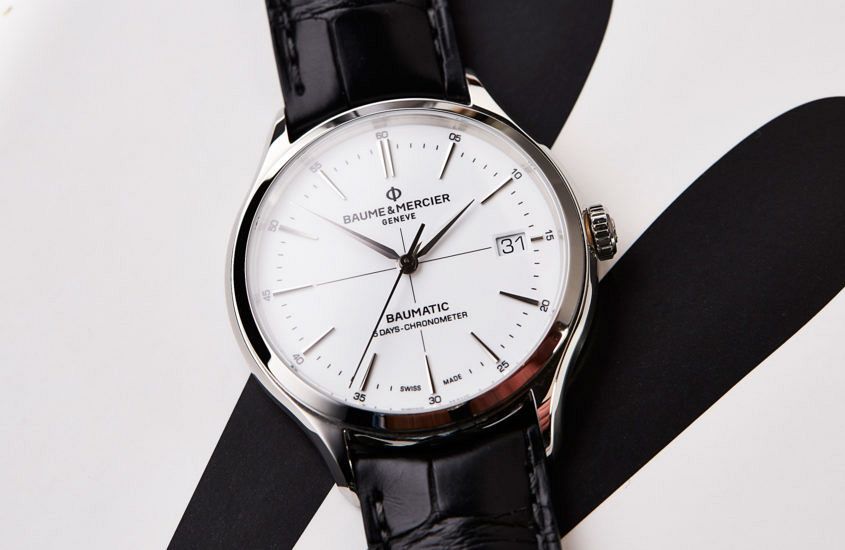 Besides being a handsome timepiece, this Clifton, and the Baumatic movement inside, has the potential to put Baume & Mercier back on the map, as well as provide an important next generation base movement option for the broader Richemont group.

My power reserve is bigger than yours.

Anyone who’s looking for a watch that combines classic style with a very modern movement.

Not much at this point. We’re looking at the first ever showing of the Baumatic, and I’m sure over the course of the next few years we’ll see a profusion of styles, sizes and all the rest. I do think that the slightly larger Clifton case is more distinctively Baume & Mercier, but I understand the perceived need for this watch to do its own thing.