Some colourful watches are so loud they threaten to leave you with tinnitus. But is a brightly hued timepiece just a harmless switch-up that offers a bit of fun and welcome variety? Or is a super colourful watch an unforgivably gaudy choice that’s designed for look-at-me narcissists and the stylistically insane? Luke Benedictus and Nick Kenyon argue it out.

Luke Benedictus – The For Argument

OK, let’s do a little experiment. Look down at the clothes that you’re wearing right now. If you’re anything like 90 per cent of the male population, I predict the overriding palette is glum. Personally, I find myself wearing two different shades of navy “enlivened” with a pair of black shoes. Somehow my wardrobe has become the tonal equivalent of listening to Joy Division in the rain.

This isn’t unusual either. As men we tend to get imprisoned into blue, grey, black and beige – perhaps a dash of maroon when we’re feeling really crazy. Timidly, we subscribe to the sartorial advice of the political satirist P.J. O’Rourke: “Never wear anything that panics the cat.”

How do we break free of this tyranny? Well, the most accessible solution — without looking like a Teletubby — is to wear colour on a smaller scale. A bold scarf, a punchy tie, a more vibrant pair of sneakers — these are easy things to pull off. And capitalising on such colourful accents can also extend to our watch.

A blast of colour on a dial or strap can be a truly life-affirming thing. On a weekend watch, in particular, it’s a nice little pick-me-up – a way of signalling to our work-frazzled mind that we’re finally off-duty. So whether it’s a Rolex Hulk or a mandarin-faced DOXA, embrace the colours of the rainbow. After all, you don’t want your wrist to get depressed.

Nick Kenyon – The Against Argument 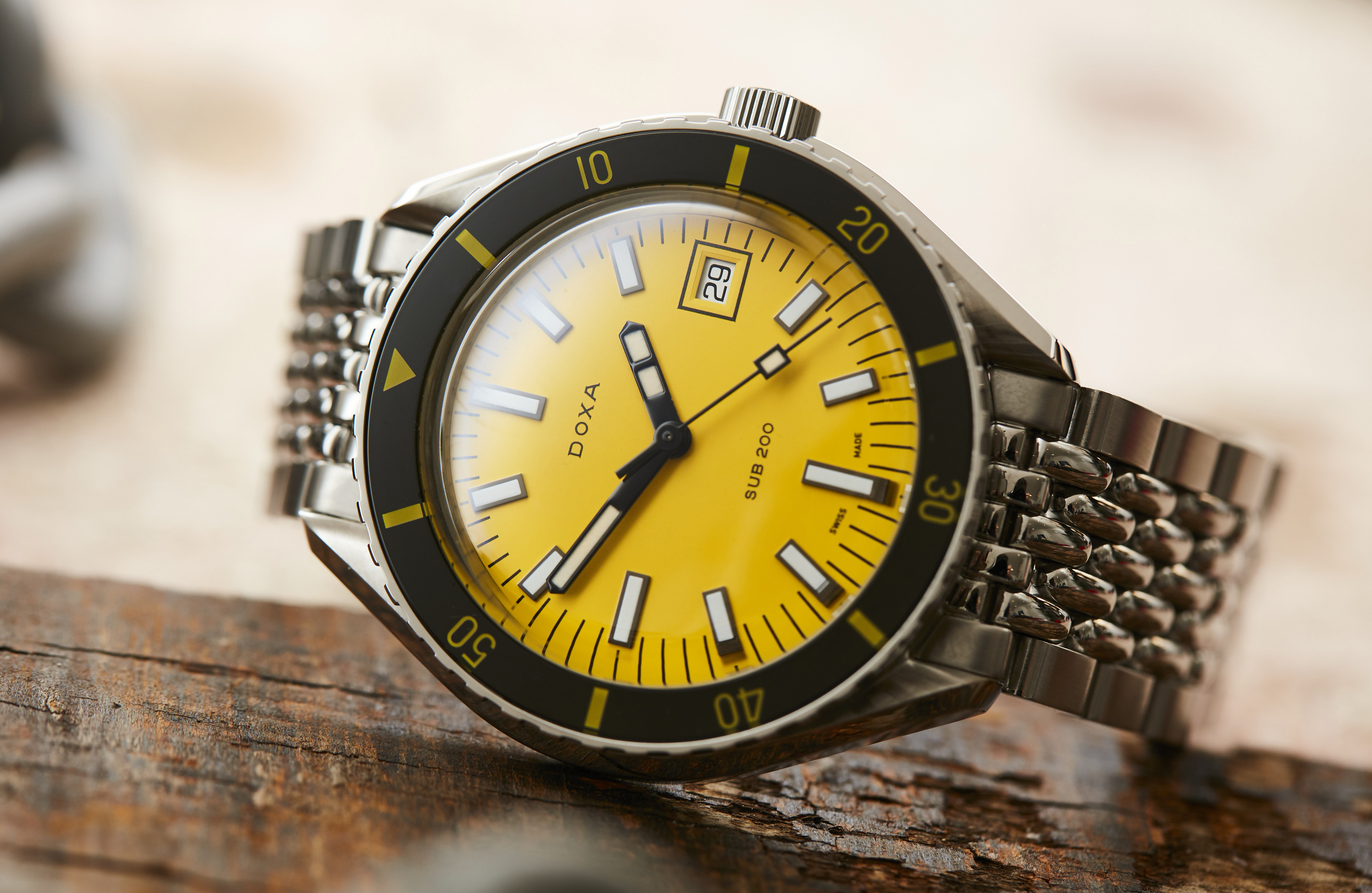 A good friend once told me something that has stuck with me ever since. Upon receiving a dig at his white T-shirt, the retort was, “I don’t wear colours or patterns because my personality is interesting enough by itself.” The same is true for watches. If you need a tourbillon, a neon dial or a fancy brand name on your wrist to get people to talk to you, there’s only one thing you need — a mirror, because you might find upon reflection that you are a boring person. If a colourful watch is necessary for your bold expression of self, you might actually find the couch of a therapist more useful, though potentially more expensive.

Even if you swear a colourful watch isn’t a frog-throated cry for attention, it’s still worth asking yourself, “Why do I want this?” Because, almost invariably, black, blue and white dials are the winners when it comes to a lineup of watches that look good. So unless your brightly coloured watch is an affordable approach to self-esteem, one that avoids the step of staring at your shrink’s ceiling for hours on end, then just avoid them altogether and stick with a classic. After all, your personality is probably interesting enough by itself.