Editor’s note: First released at Baselworld 2017, Chopard’s L.U.C XP turned heads from the moment it was unveiled. And, as we wrote at the time, it’s a compelling timepiece that blends everyday practicality with real dress watch sensibility. The aesthetics of this watch aren’t its only saving grace, however … far from it. Thanks to being an L.U.C timepiece, you’re also getting a watch with the mechanical prowess and bespoke finishing only to be expected of Chopard’s haute horology offshoot. Below are some further thoughts and specs on this great watch. Enjoy. 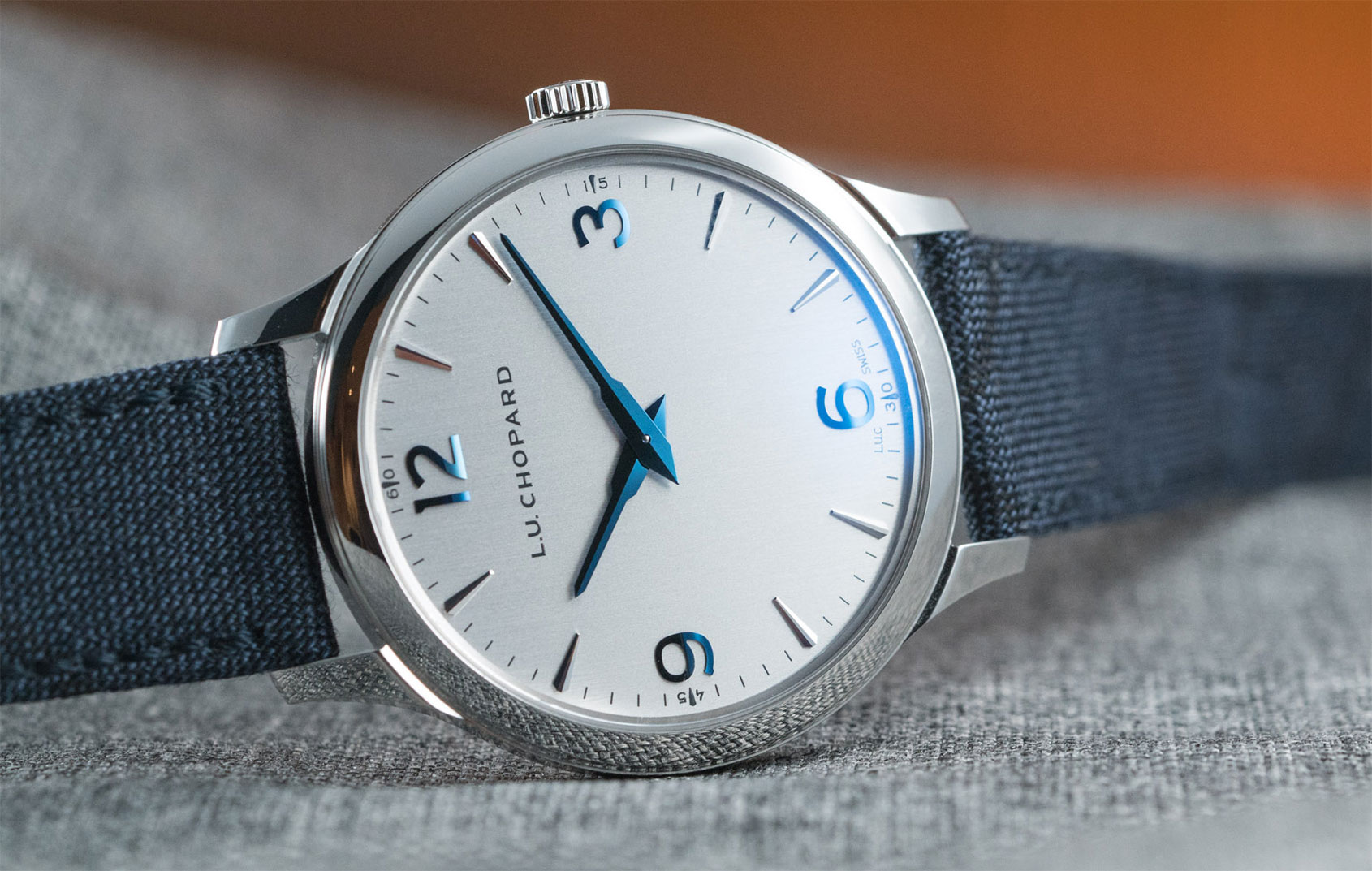 I don’t want to sound like a jaded watch journalist because – let’s be honest – those guys are the worst. But having said that, there were not too many surprises at Baselworld 2017. I knew we’d be seeing Speedmasters from Omega, a Sea-Dweller from Rolex and some crazy-but-cool collabs from Hublot. I didn’t expect to be blown away by a simple, smart little dress watch from Chopard. Now, don’t get me wrong, I’ve got a lot of time for Chopard’s fine watchmaking (and indeed their high jewellery – though I’m not the target market there), but the way the Chopard L.U.C XP managed to combine proper high horology, classical restraint and a youthful energy really struck me. It might not have made our Top 11, but it was very much in the running. 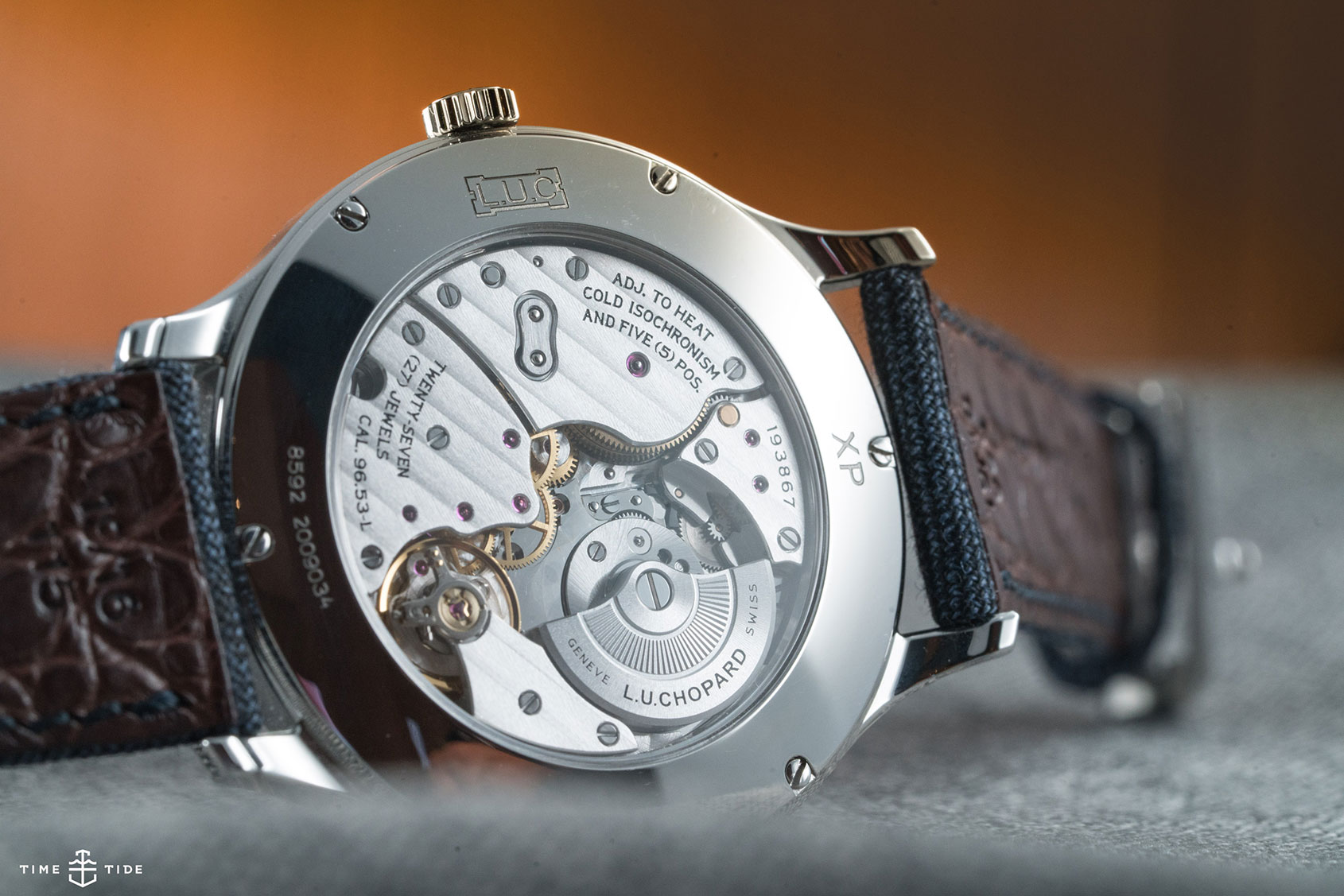 Before we get to the good looks of the L.U.C XP, let’s talk about what’s going on behind the scenes. The slim (7.2mm) steel case houses a brand new movement, the L.U.C 96.53-L, a very neatly finished ultra-thin (3.3mm) automatic powered by a tungsten micro-rotor and boasting an impressive 58 hours of power reserve (compared to 44 hours for Piaget’s 1200P and 43 hours for the Caliber 896, which powers JLC’s Master Ultra Thin Small Second). Chopard has been able to wrangle this much energy out of the movement by stacking two barrels on top of each other, thanks to their patented Twin technology. And while Chopard probably isn’t the first name to spring to mind when you think of top-tier movement manufacture, that doesn’t detract from the fact that this is a very serious and accomplished calibre indeed. 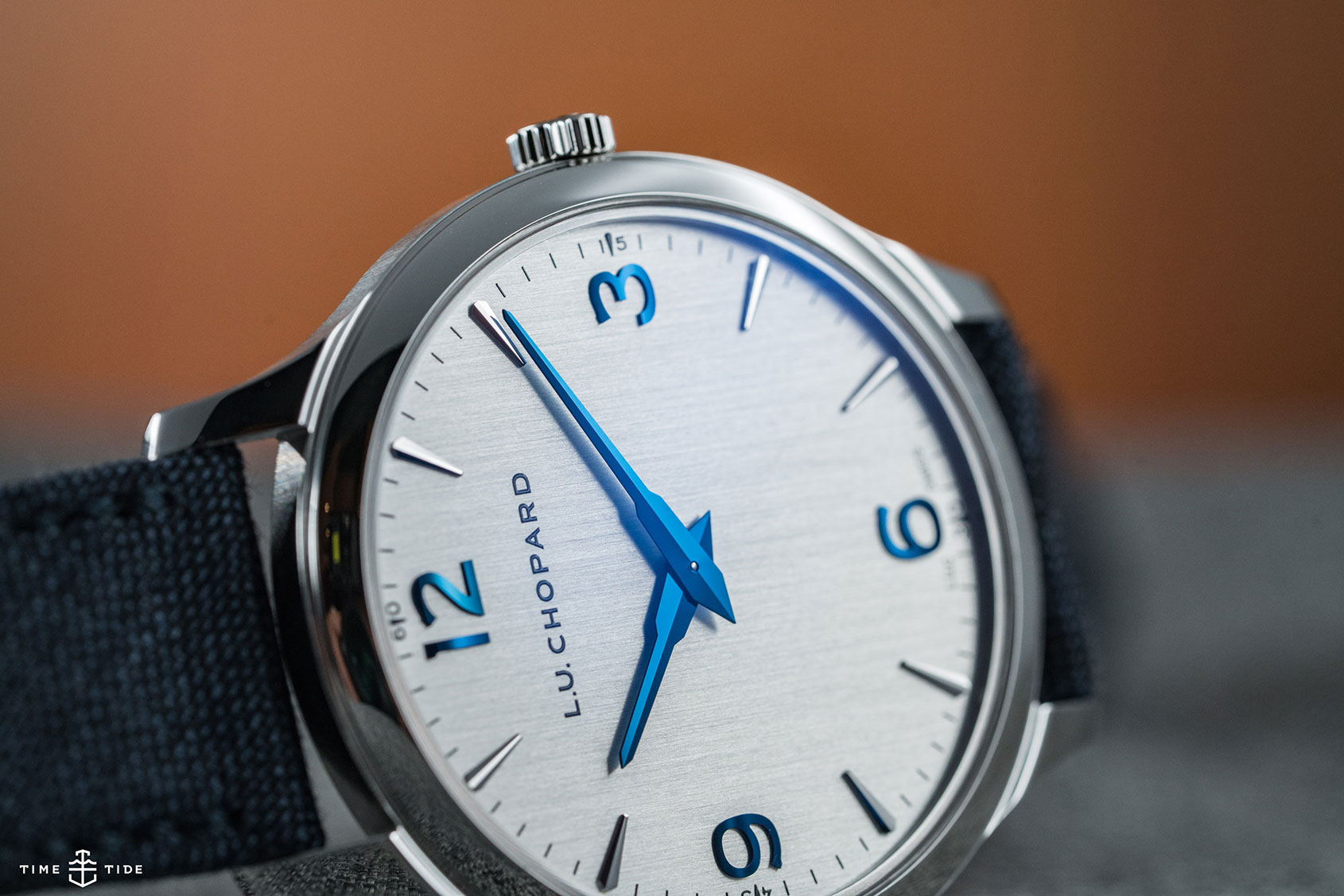 If the interior of the watch offers contemporary classical watchmaking, the exterior has a much more youthful demeanour. The 40mm steel case is far from the stuffiness you’d expect from a thin dress watch, offering a decidedly snappy sartorial edge. Most obviously there’s the unusual blue woven cashmere strap (with leather lining for durability), and the matching blued steel Arabic numerals and Dauphine fusée hands. It’s a very pared-back and assured dial design. There’s also a confidence in the finishing. The vertically brushed silver dial tones down the dressy and means this watch could easily be a daily wearer for more formal types. The case construction is quite sophisticated too, with satin-brushed case middle, polished bezel and top lugs, and gently curved inner lugs and caseback for comfort. While this very simple Chopard is aiming at a younger (or at least less conservative) customer, there’s no skimping on quality, and with a retail price just shy of $12K, the value is definitely there.