** It is mandatory that all readers of this post be listening to this song while they do it. Thank you for complying.** We’ve said it before and we’ll say it again – G-Shock are losing the plot, and we’re loving it. And now, to cut straight to the chase, as direct as a frickin laser beam, they’ve created a watch that’s been fully etched by one. How did they do it? Did they drop it into a pool with sharks with laser beams on their heads? No, it’s called the ‘Grid Tunnel’ effect. But we won’t kill the suspense here, read on. 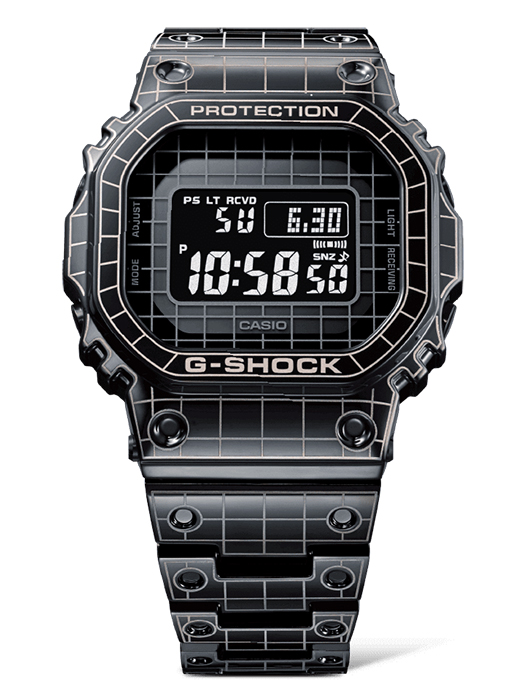 Their latest weird and wacky creation is the all-new GMW-B5000CS-1, a full-metal digital beast that looks like it’s been ripped straight from the world of Tron: Legacy. Seriously, just one glimpse of this watch is enough to conjure memories of Daft Punk’s epic electro soundtrack, which you’d have to listen to every time you wore the watch, surely, and which should be pumping away now. 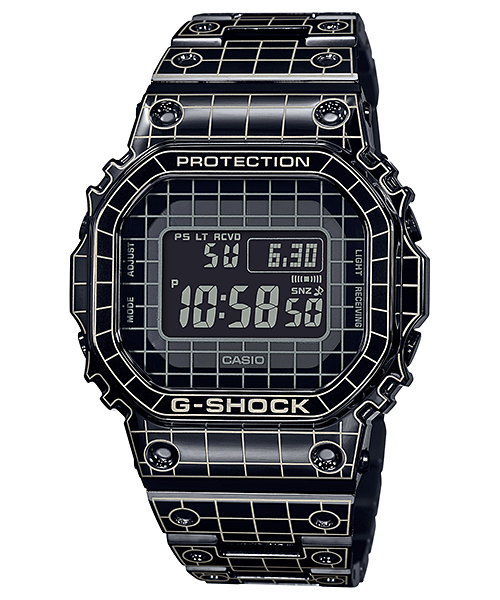 This isn’t just some cheaply painted on, haphazard effect either. No, this G-Shock has been hewn from stainless steel that’s then been given a deep black IP treatment, and then its geometric pattern has been etched into the metal with frickin laser beams … how sci-fi is that?

Called the “Grid Tunnel” effect, the Japanese watchmaker has described the wireframe pattern as giving the already high-tech timepiece a “modern touch to the timeless, classical design of the 5000 Series G-SHOCK”. We can only concur. 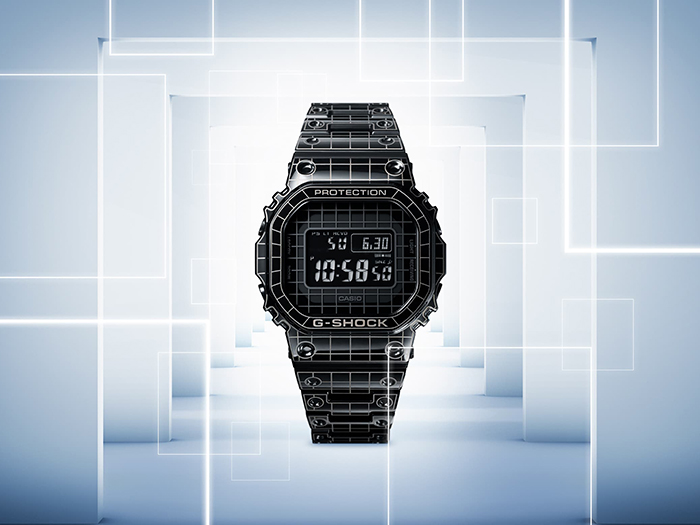 Because it’s part of the GMW-5000 family of watches, this latest iteration still scores a host of features that include 39 time zones, 1/100th-second stopwatch, countdown timer, full auto-calendar accurate to 2099, an accuracy rating of ±15 seconds per month and up to 22 months of power reserve.

The digital delight also benefits from a non-reflective sapphire crystal, an STN LCD display optimised for maximum legibility, and smartphone connectivity that enables users to adjust the settings of the watch. 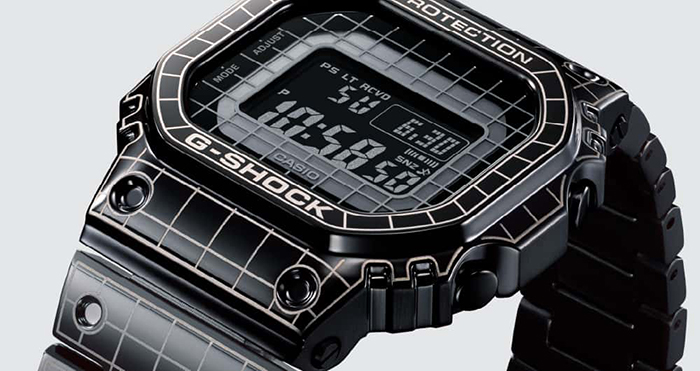 There’s no confirmation yet from G-Shock as to when this criss-crossed watch will be available, nor how much it will cost locally. But rest assured, if you’re after a timepiece that really lets people know that you’ve got your eyes set on the future, this is the one for you. Now, if you don’t mind, I’m going to go listen to Thomas Bangalter and Guy-Manuel de Homem-Christo do what they do best.