From Humphrey Bogart’s wide-brimmed fedora in Casablanca to Indiana Jones’ whip in Raiders of the Lost Ark, the right prop has defined many big-screen characters. Christopher Nolan’s ‘Dark Knight’ trilogy of Batman films contains an object deserving similar recognition. Except you don’t notice it. The reason why is that it’s so exquisitely tuned to its owner’s personality that it’s barely perceptible as a standalone item. What I’m getting at, of course, is Bruce Wayne’s Jaeger-LeCoultre Reverso. 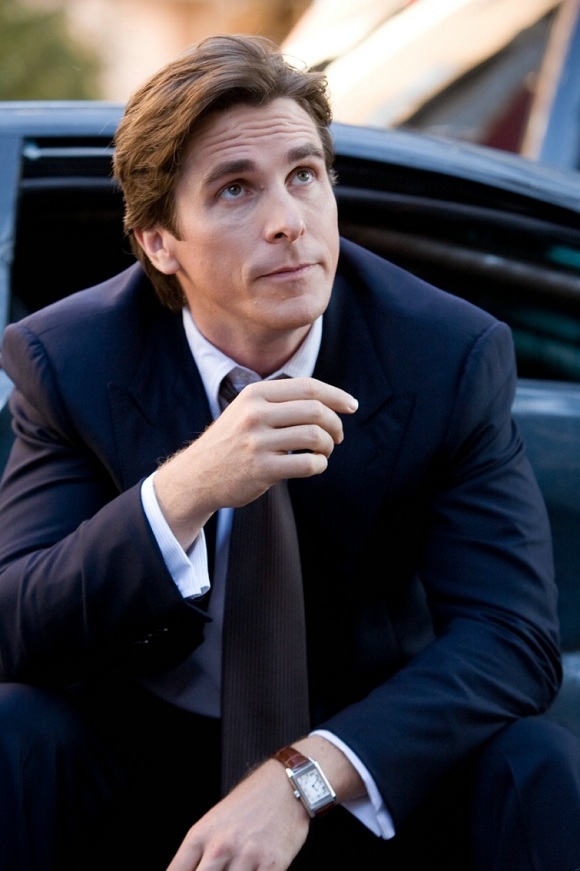 After Joel Schumacher’s disastrous attempts at the superhero franchise (the director even publicly apologised for Batman & Robin), Nolan’s films were very different. Batman Begins was a grittily realistic take on the caped crusader that pointedly avoided camp flourishes. It delved into the Batman origin story and didn’t flinch from exploring the psychological angst simmering beneath. 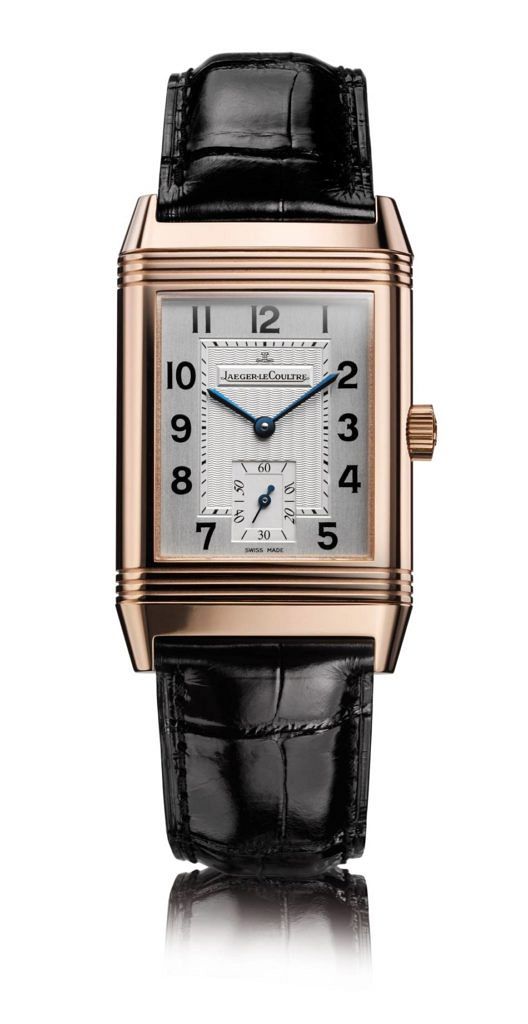 At the same time, however, the Reverso is famously a sports watch, too. Back in the 1930s, it was conceived to withstand the rigours of polo, thanks to its ingenious flip-over case design. When the mallets started swinging and balls went flying, the watch could use its caseback as protection, concealing its face until the action was over (remind you of anyone?). 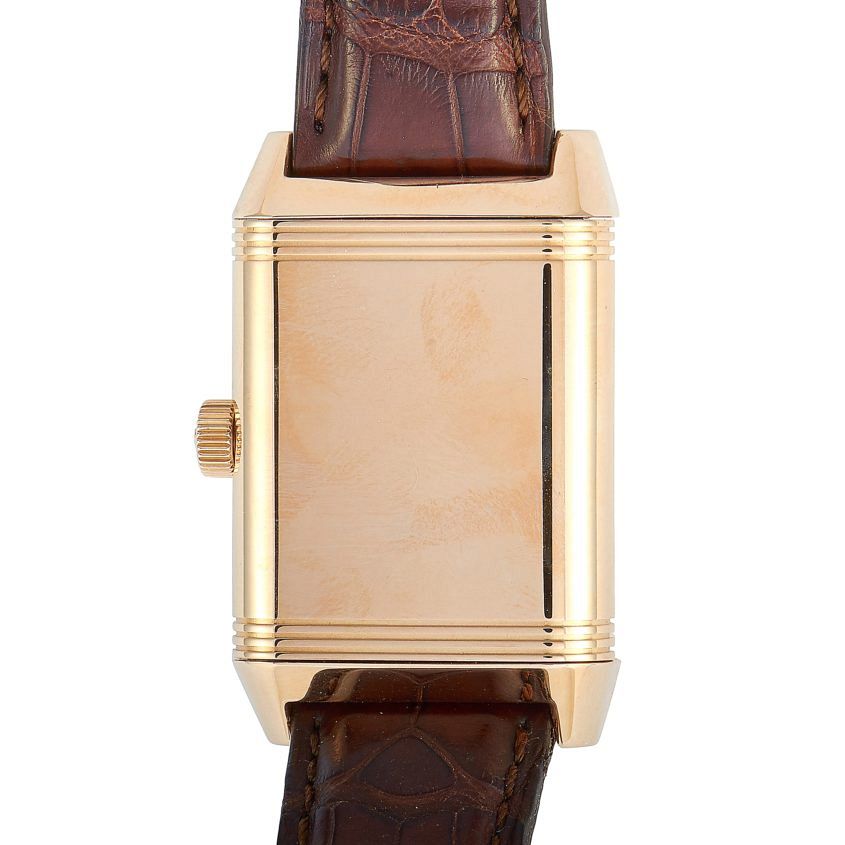 Flip it and Reverso – the famous protective caseback

The number of times a Reverso has ever actually been used in such a preposterously niche scenario is open to question. But if anyone was going to insist on wearing the watch during a rigorous chukka, it would surely be a man-about-town with the gilded upbringing of Master Bruce.

As Christopher Nolan reflected in an interview with The Guardian, Batman is a superhero with no superpowers. “He’s not from another planet, or filled with radioactive gunk,” he said. “I mean, Superman is essentially a god, but Batman is more like Hercules: he’s a human being, very flawed, and bridges the divide.” 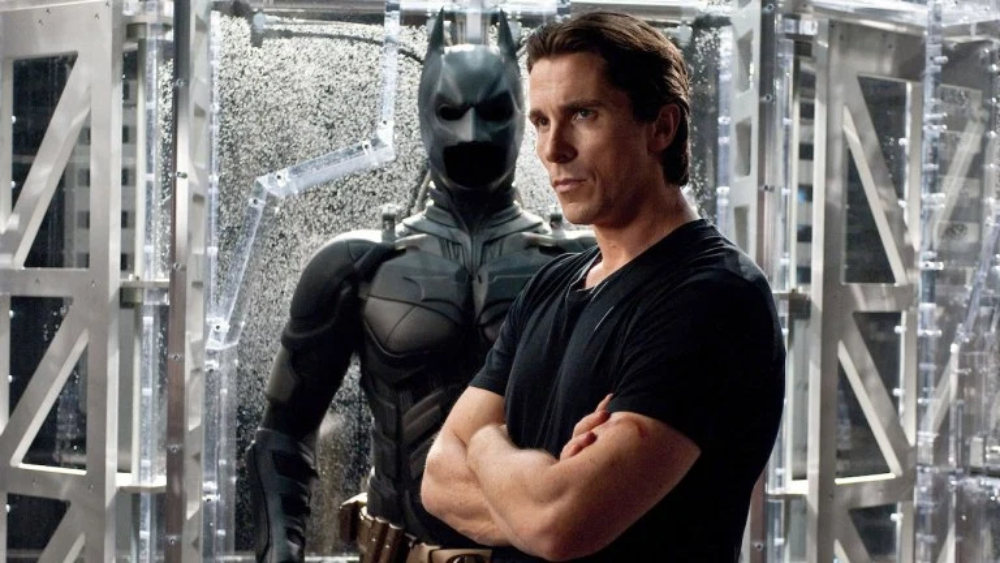 Q: What do you call it when Batman skips church?
A: Christian Bale

In order to fight crime therefore, Batman relies on various whiz-bang gadgets from his trusty Batmobile to a bullet-deflecting gauntlet. But make no mistake, he’s also physically tough – beneath the privileged veneer, Bruce is a stone-cold badass.

Batman Begins shows how Bruce develops these skills when he’s trained in the vocation of the masked avenger by a mysterious sect of ninja assassins led by Liam Neeson.

In his daily guise, Bruce doesn’t betray a flicker of his gymnastic expertise and kung-fu mastery. Similarly, the Reverso’s formal exterior also conceals its hard-knock functionality. On the surface, you’d never guess it’s a watch that can shrug off the impact of a polo ball right between the eyes.

Bruce Wayne is a one-man psychodrama. A rich loner with a painful past who’s assumed a larger-than-life identity to take revenge on the criminal world that killed his parents. “He is the poster boy for post-traumatic growth,” says clinical psychologist Robin Rosenberg who wrote an entire book on the subject, What’s the Matter With Batman?: An Unauthorized Clinical Look Under the Mask of the Caped Crusader.

Wayne literally has two faces, too: the public visage of Wayne and his second-self as the cape-wearing vigilante. The two facets of the Reverso – open dial and closed caseback – reflect this duality of character.

In this regard, it’s the ideal watch for any deeply private character with a locker full of secrets. In Season 2 of Mad Men, for example, Don Draper also wore a Jaeger-LeCoultre Reverso Classique, an apt choice for a discerning fellow with a graveyard full of skeletons jangling away in his closet. 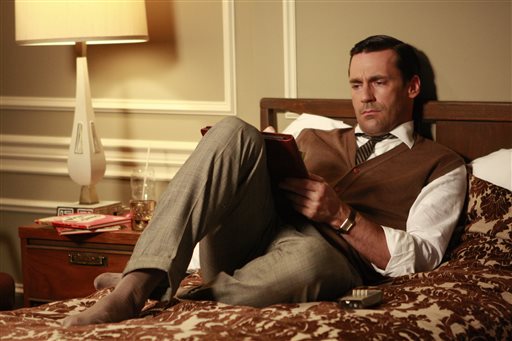 The Batcave might be full of crime-fighting gizmos and high-tech weapons. But none so intimately reflects the mastermind behind as the JLC Reverso, a watch that’s also capable of donning a mask.