It’s been a minute or two since we’ve been treated to an automotive limited edition from the English chaps at Bremont. And can I just say, it’s been worth the wait. Today we’ve been treated to the latest chapter in their partnership with Jaguar (the first Bremont X Jag watch appeared in 2014), and this time around we’ve got a winsome chronograph that’s a wrist-borne celebration of the mighty D-Type. 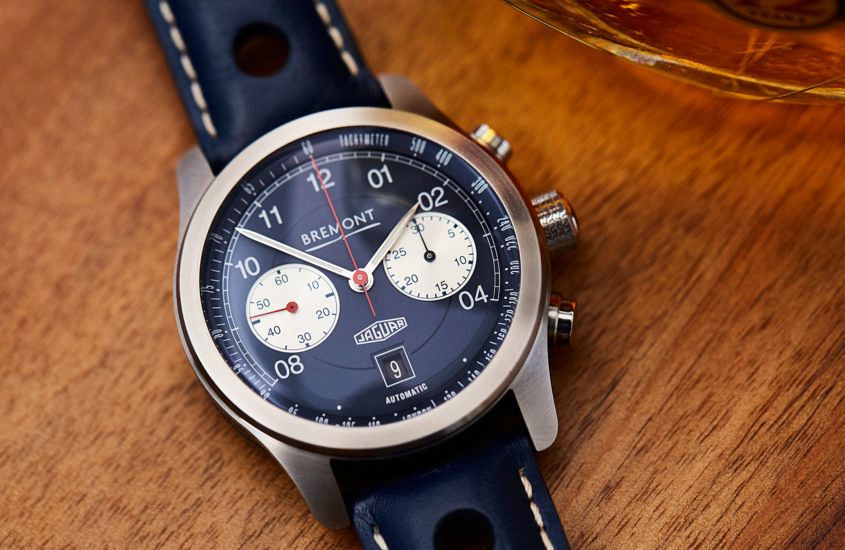 The Jaguar D-Type first rolled out of their Coventry factory in 1955. Jaguar planned to make 100 of these distinctive 6-cylinder racers, but only got around to constructing 75. Until now. It might have taken them a while, but Jaguar are, through their Classic  Workshop, constructing the final 25 — period correct — cars. 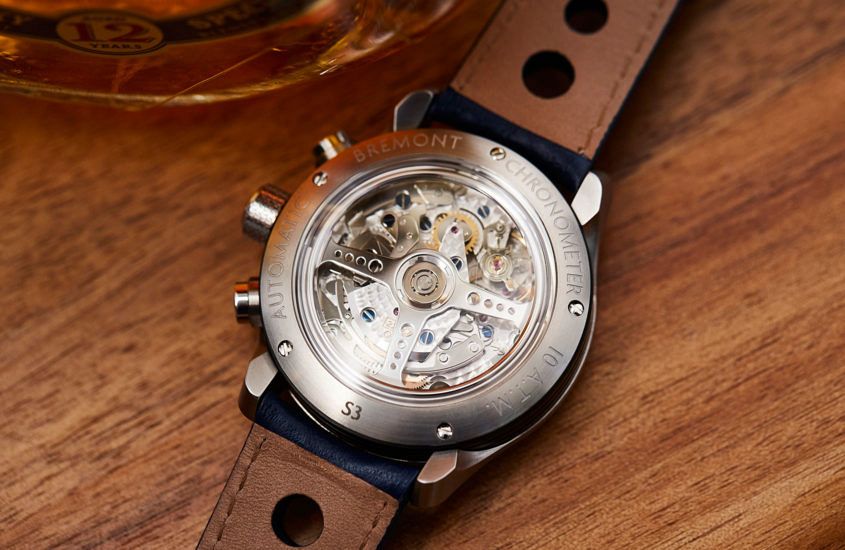 If limited garage space is an issue, the Bremont Jaguar D-Type is perhaps the next best thing. A solid (as you’d expect from the brand) 43mm chronograph, featuring that Trip-Tick case design, and a bi-compax layout in a blue dial (inspired by the colours of the Ecurie Ecosse Jaguar race team) looks the part. Speedy, but subtle. 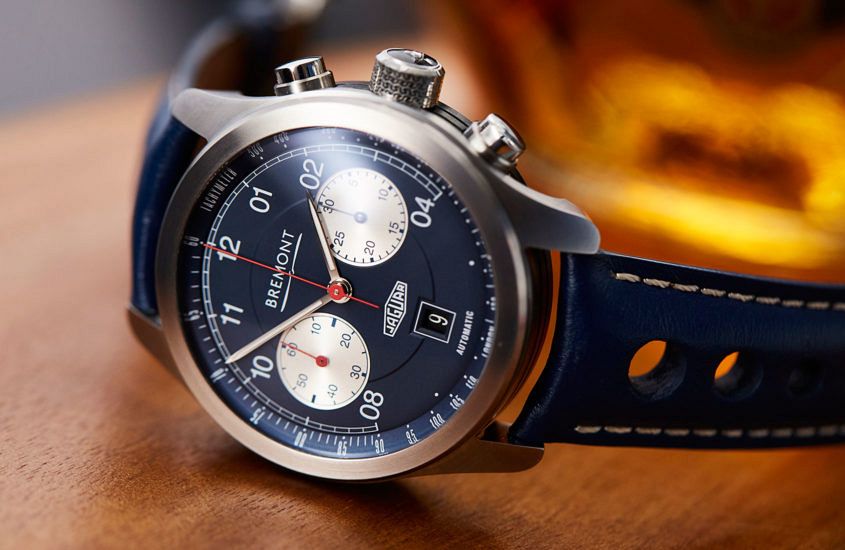 This is not a limited editon (of 300 btw) that screams ‘car-tie-in’, and that’s a good thing. But the details are there. There’s an historic Jaguar logo on the dial at six, and another on the crown. The rotor bears a more than passing resemblance to the wheel of the D-Type, and there’s a Dunlop tread pattern on the crown. 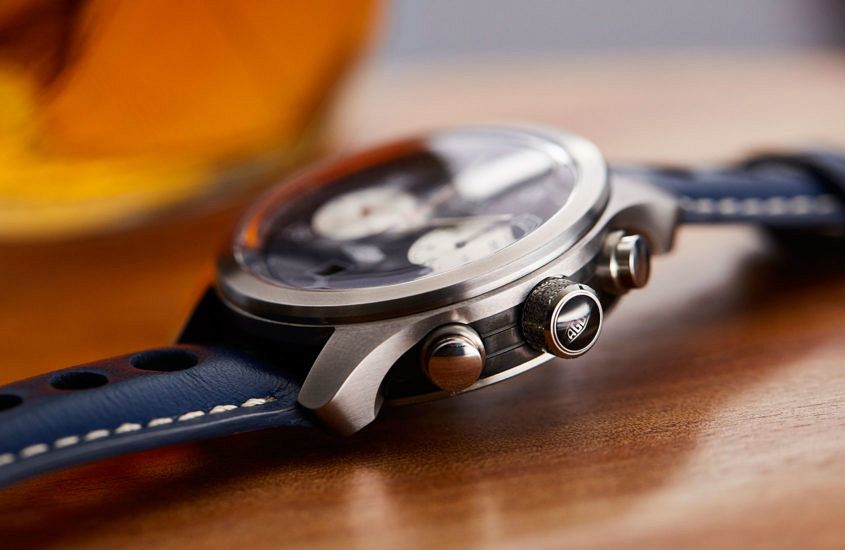 It’s a smart, stylish watch, fitted on a 22mm wide dark blue rally strap, and a fitting tribute to one of the most distinctive cars to hit the track. 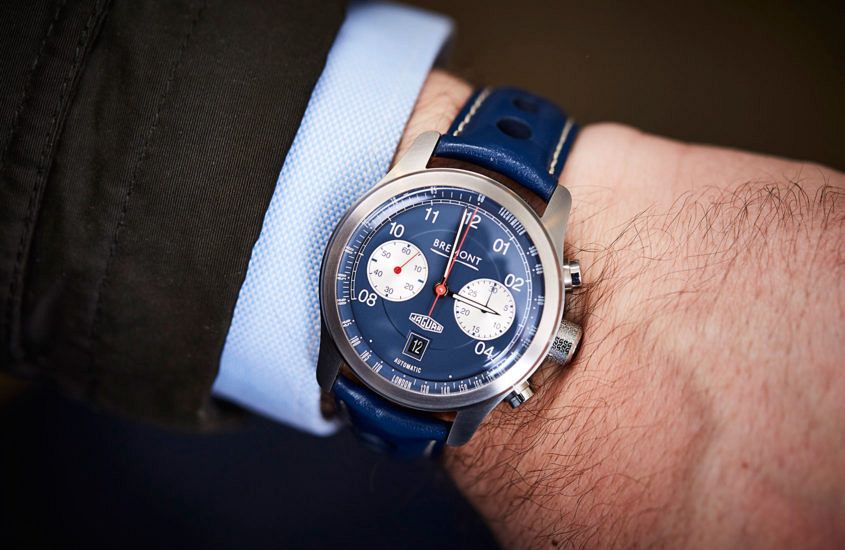