Editor’s note: Trust Breguet to take the comparatively uncomplicated act of adding a second time zone into something extra. Rather than your typical GMT hand scenario, the Breguet Classique Hora Mundi ref. 5717 demonstrates a very cool, very technical twist on the complication. Read on for Sandra’s review … 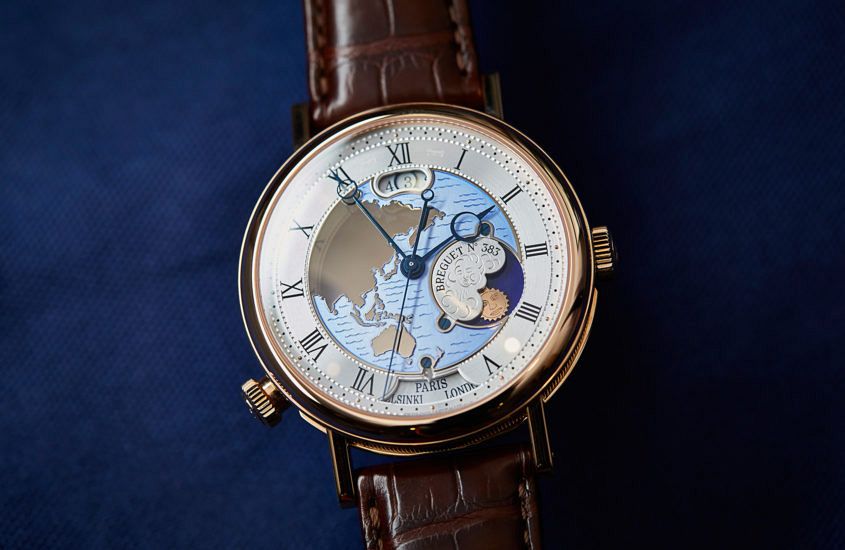 For those of us who are constantly on the move, a multiple-time-zone complication is one of the most useful things to have in a watch – and, unsurprisingly, it’s offered by almost all of the top makers. More surprising, though, is how little variety there is in the style of display: a pointer hand or a sub-dial and that’s pretty much where the choice ends. Breguet, however, chose to give a highly original visual expression to its very different version of the complication. More on the brains later, but first let’s focus on the beauty – because, really, the design and the quality of execution are exceptional.

The case is classic Breguet, with the kind of attention to detail that you know only if you know: those straight lugs are soldered, not screwed, to the case, the joins invisible to the naked eye. They slot seamlessly into the grooves of the fluted case-band, which is itself a tour de force of hand-finishing. 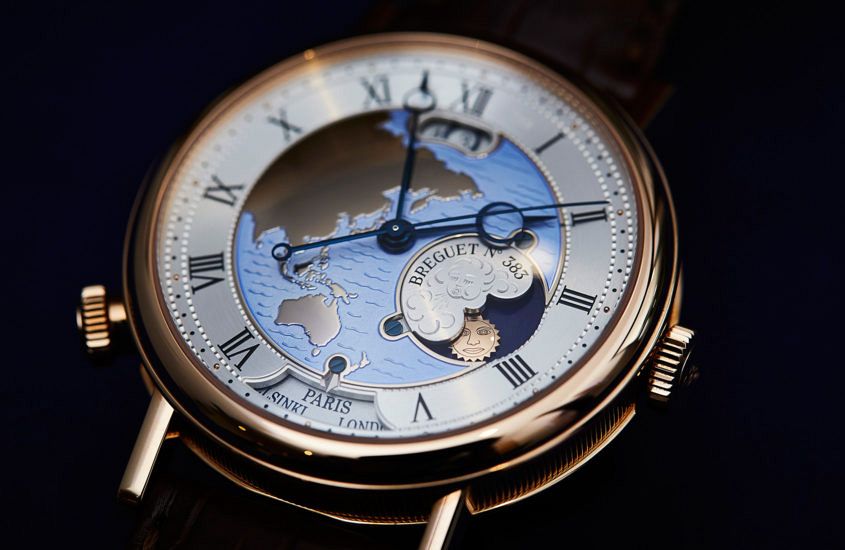 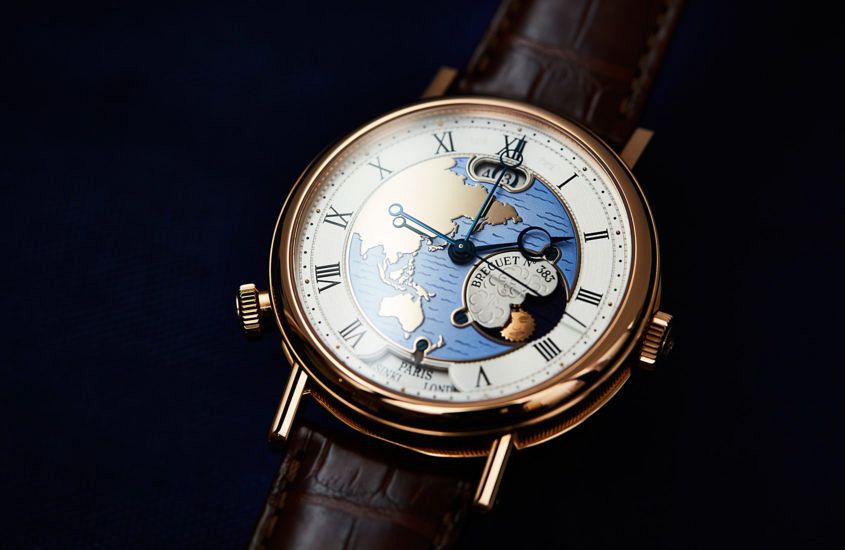 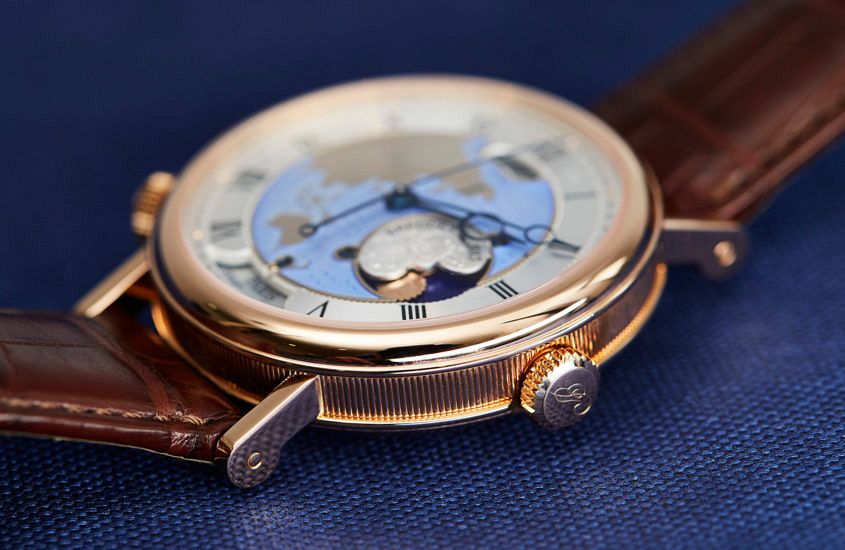 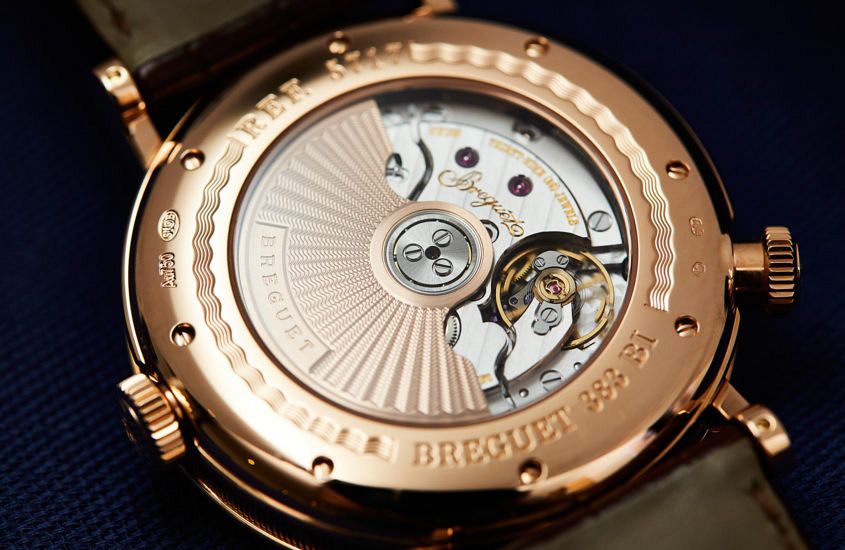 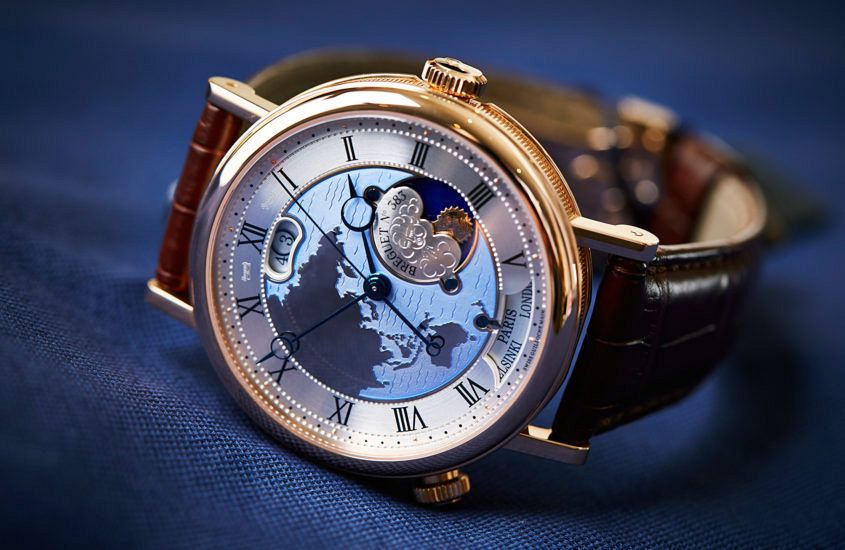