The new Tudor Black Bay Chrono has just dropped and there have been a lot of feels expressed in the nine hours since it was released. The hashtag is simple, just little old #bbchrono – which almost sounds like one of the greatest blues guitar players ever – but the response has been quite the opposite. It’s stirred up a lot of emotion. People are ecstatic. People are upset. People are confused. Could the BB Chrono be the 2016 Air-King, the most divisive watch of Basel? In this time of controversy we wanted to help you make up your mind where you stand, for now at least. Here are five photos that show off different aspects, with a little bit of help from the comments section to set the mood.

Here’s the simplest one first, shot on leather by @watchcollectinglifestyle, the guy we happened to be standing with when the watch dropped. Pretty straightforward, not too hectic? Screw down pushers, big crown, tachymeter bezel, date at 6. Everyone feeling ok? @pbandwatches says: “Best photo of the new BBC I’ve seen so far. 👏🏼👏🏼👏🏼” @fatfaso wishes for a tri-compax layout, but you can’t have everything. 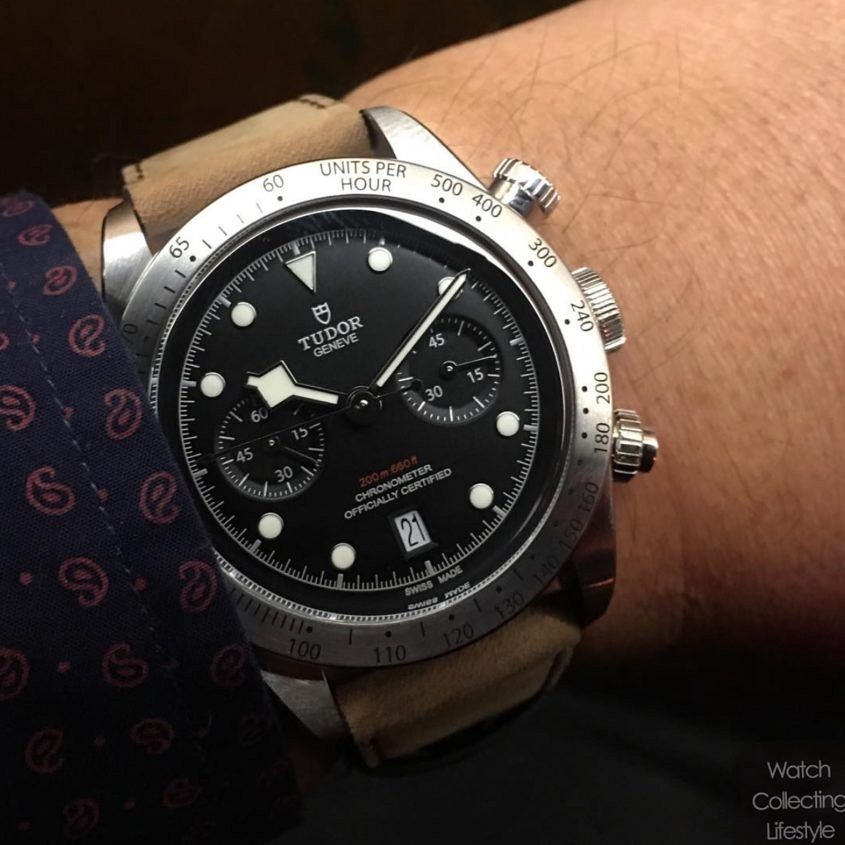 Things get a tiny bit more epic here. Just like the lights under the bar are dawning on the sapphire crystal, the fact that Tudor is releasing an integrated column-wheel chrono in a BB for well under $5k US is dawning too: @w_fink says “Great value caliber”, but he’s less impressed by the design, unlike the commenter above him, @bcobb777 who is flat out calling it. “I am a buyer.” 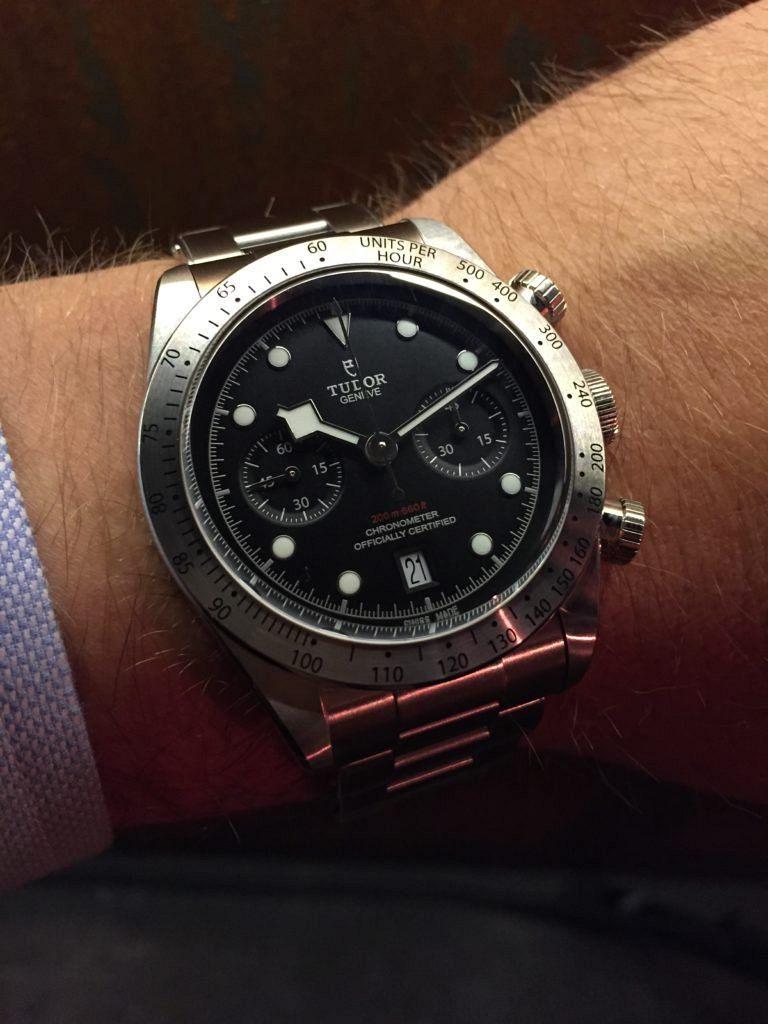 #bbchrono 3 – I ain’t slimming my crown down, nope.

Yes, that’s right. A big ol’ crown and screw down pushers snapped here by Andy Green. Can you deal? @atommoore has questions; is it the same thickness as the current BB? @tedgushue thinks it errs on too thick, but @watches4water is seeing the upside: “Carrying that thing around will soon replace my gym membership.” 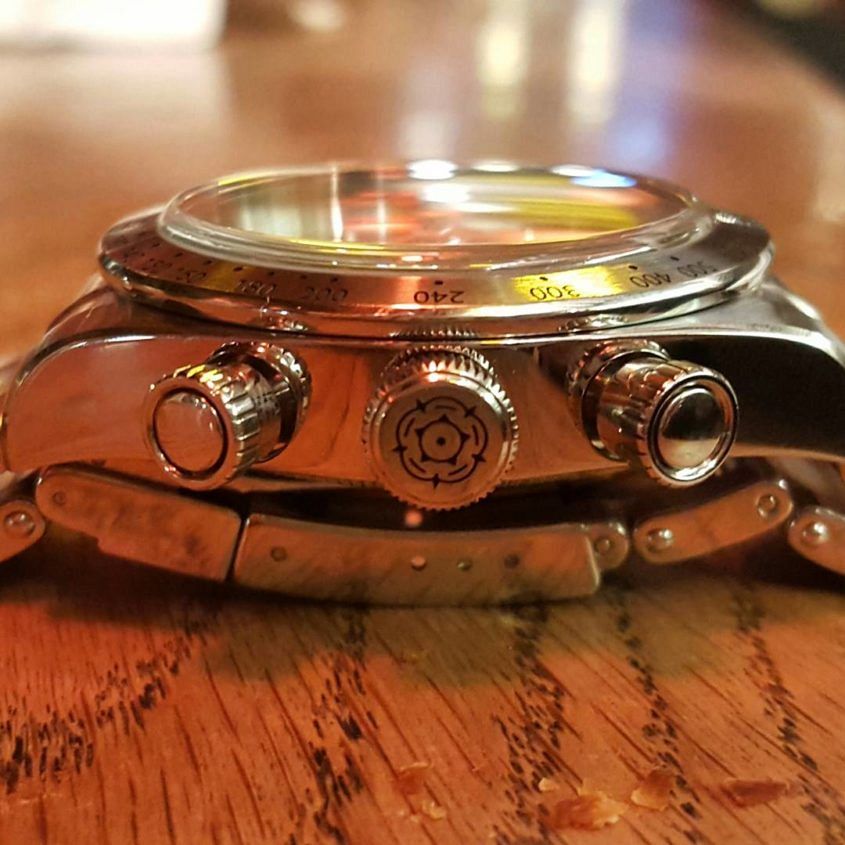 #bbchrono 4 – Snowflake’s chance in hell of a different handset?

@carchy69 says “too much snowflake… spring is coming”, while @mad_maximus likes the new blend: “it’s cool and unique!” 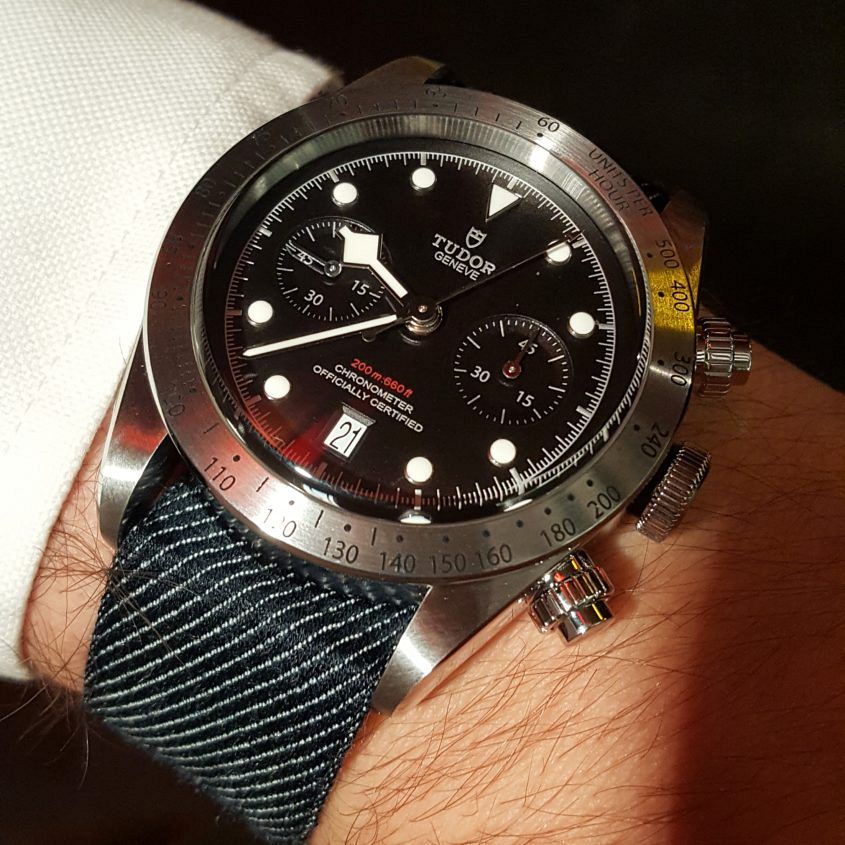 #bbchrono 5 – The conversation continues at @tudorwatch

The last word, and image goes to the brand at the centre of the action. Currently sitting on 5400 likes, 215 comments, the caption is simply “Meet Black Bay Chrono.” But like Angela Merkel says, “it’s better to talk to one another than about one another,” so maybe reserve final judgment until you’re talking to #bbchrono one-on-one. 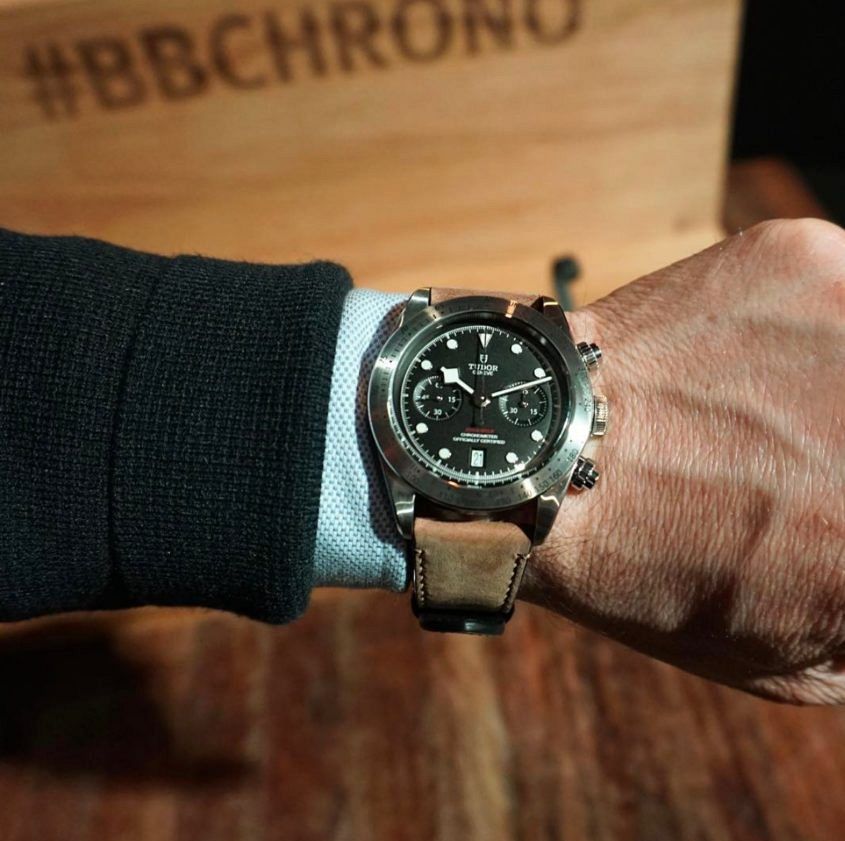