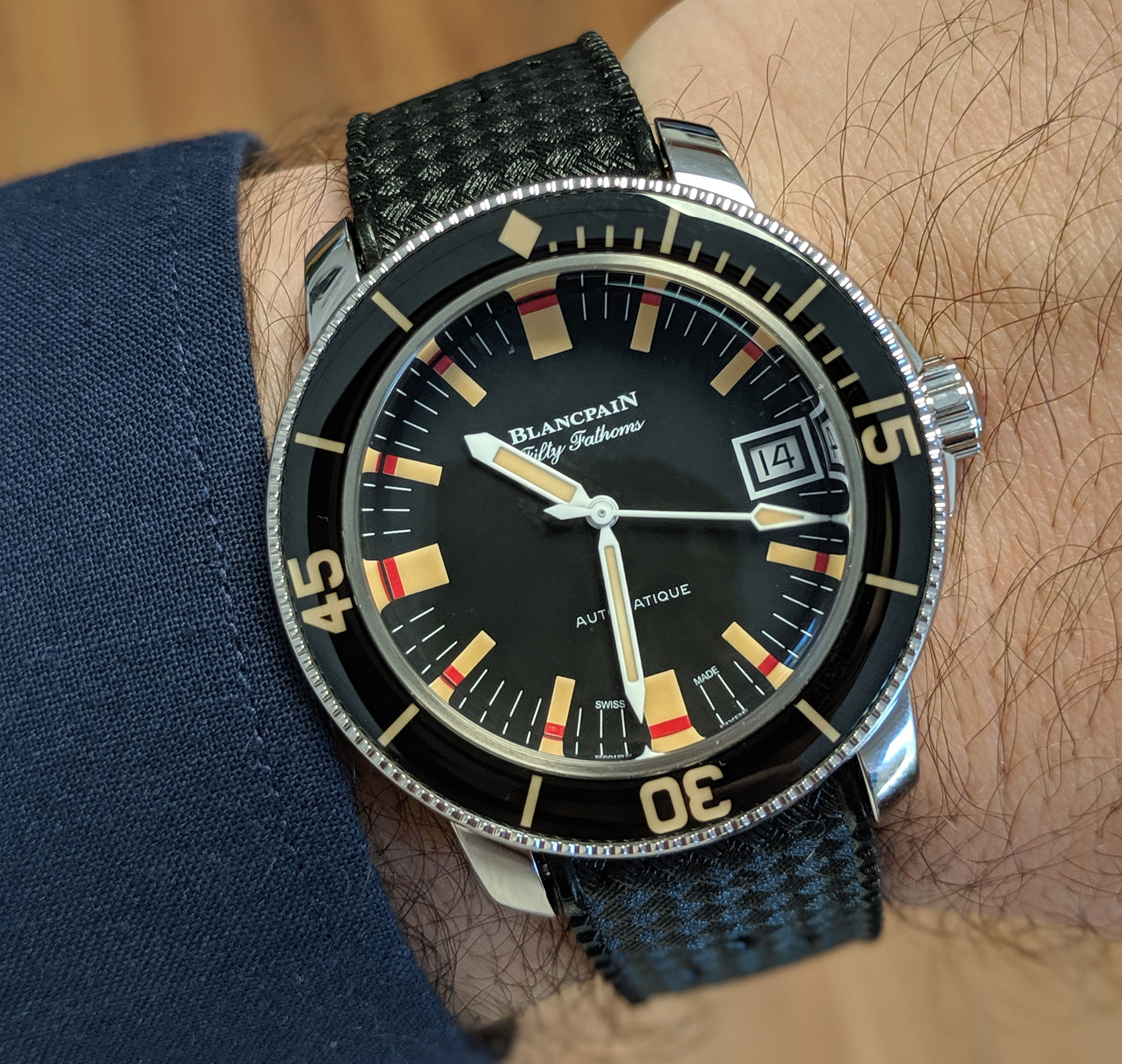 Originally, the Blancpain Fifty Fathoms was designed for French navy divers known as Nageurs de combat, but the first Blancpain Barakuda was designed for an armed force over the border in Germany. Known at the time as the Bundesmarine, the German Navy needed a watch that was both easy to read and robust, and looked to Blancpain to produce them a watch that did both. The Barakuda was developed and issued to their own combat swimmers, and is characterised by its unique two-tone hour markers that feature a red strip at their base. 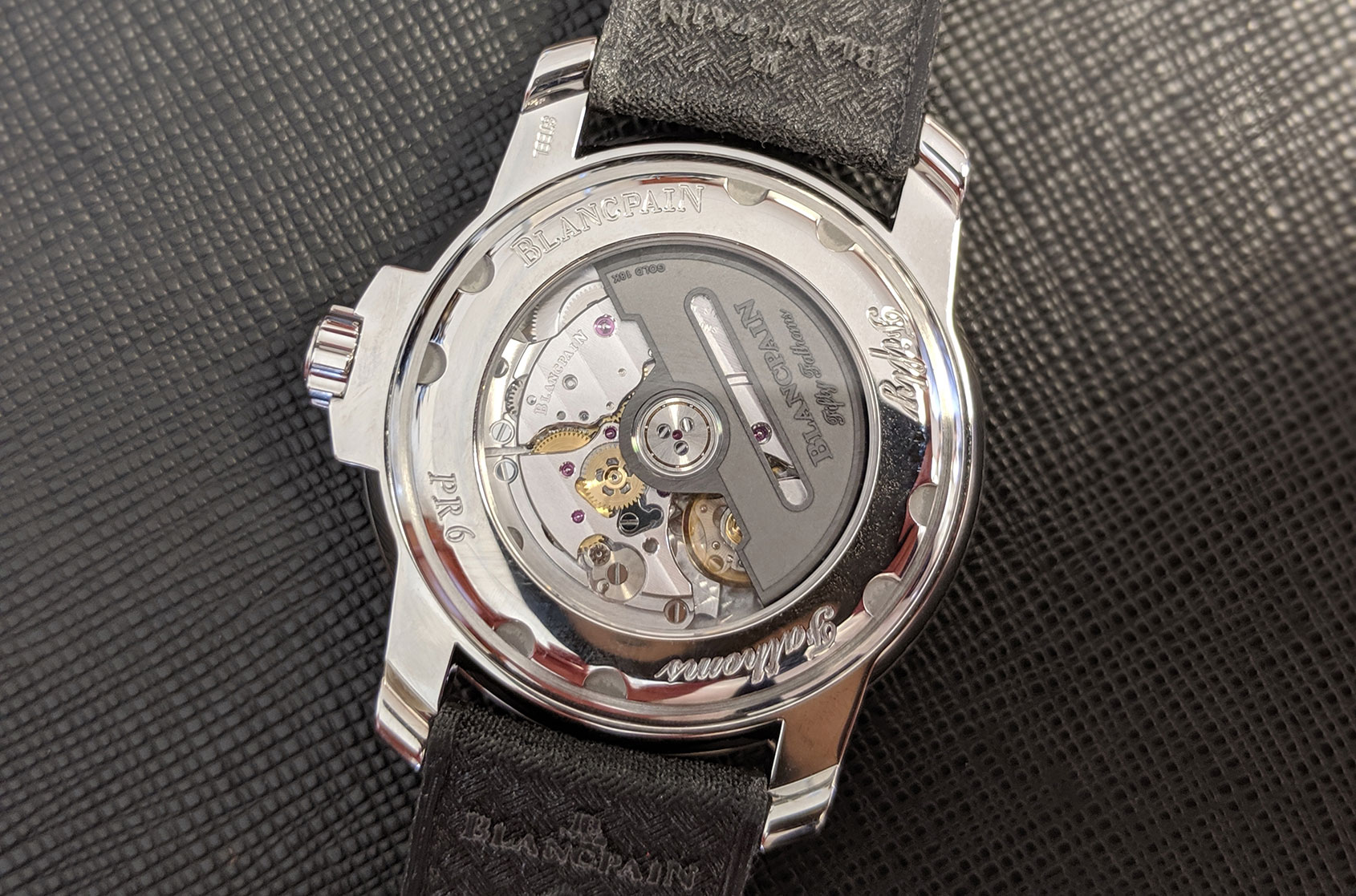 In this reissue, the attention to detail is historically faithful, right down to the Automatique lettering, and proportions of the oversized hour markers. Cosmetically, the bezel has been slightly changed to show only 5-minute markers after the 15-minute point, and the lugs have been slightly shortened, which would make the 40.3mm case wear smaller. The case is also quite slim for a dive watch with 300m of water resistance at a hair under 13.3mm, making it super wearable for day-to-day. 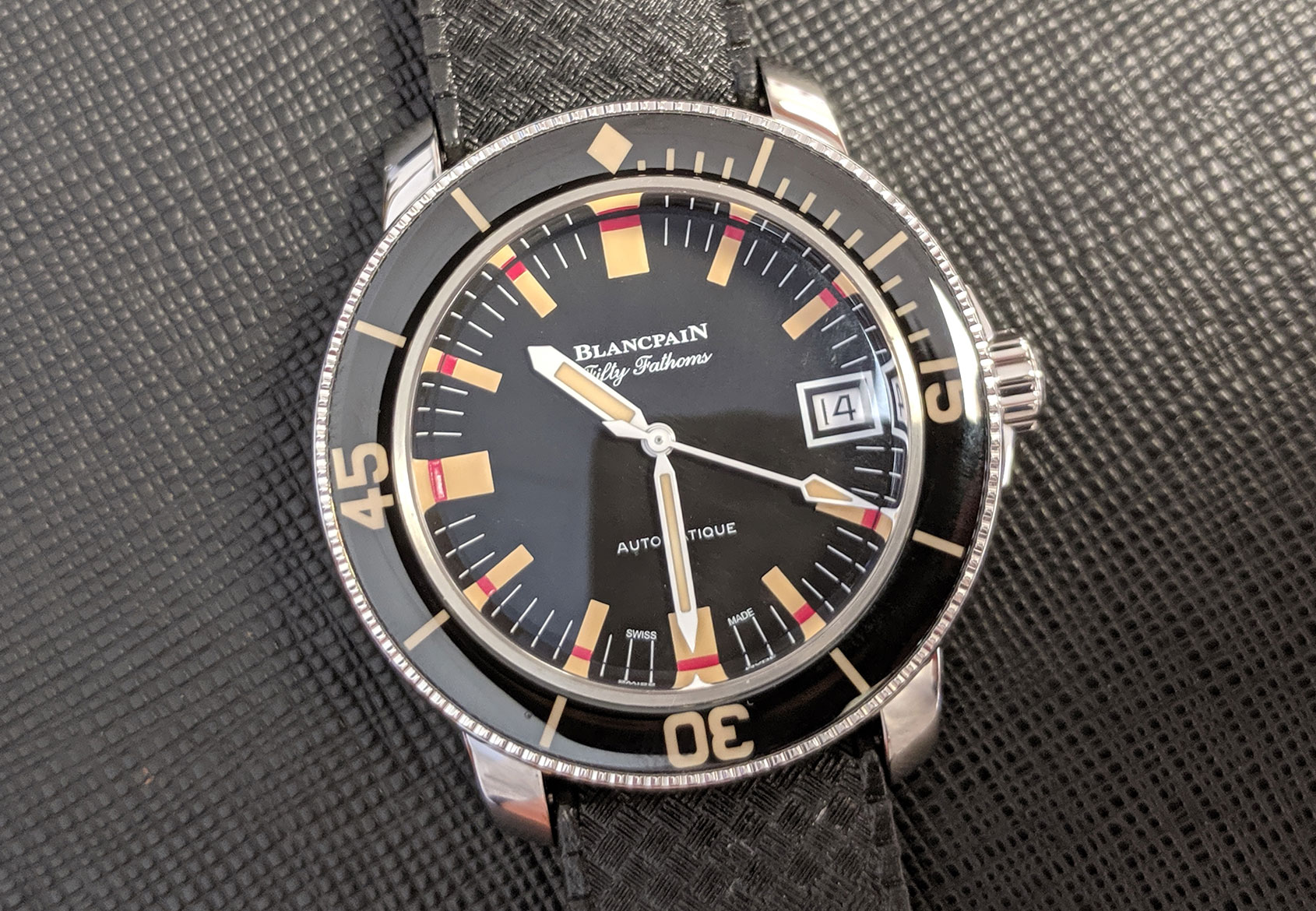 The Blancpain Fifty Fathoms Barakuda Limited Edition comes on a tropical-style rubber strap that perfectly suits the utilitarian intent behind its design. Furthering this utilitarian intent is the movement powering the watch, the calibre 1151 which offers a pretty unbelievable 100 hours of power reserve, as well as a practical date function. As a reissue of a founding father of the dive watch, this limited edition is very well done. It leans on an iconic design and offers enough vintage flair to make it genuinely appealing. Limited to 500 pieces, the Fifty Fathoms Barakuda won’t be available for long.