When it rains it drips. And in April 2020, at a time when we need it most – our kingdom for some new watches to write about! – it drips technicolour divers, classic chronos and two absolute blue beauties. Seriously. Like blue dialled watches? Prepare yourself.

In a case of simply weird timing, just a couple of days after the news that Rolex, Patek Philippe, Chanel, Tudor and Chopard have all permanently ditched Baselworld, we have witnessed a brace of new 2020 novelties.

We’ve picked the great from the good, the rainbows from the duller skies and the blue in the beautiful for this Time+Tide edit. No matter what you think of them, you can’t deny, it’s good to see this cloudburst of creativity in dark times. 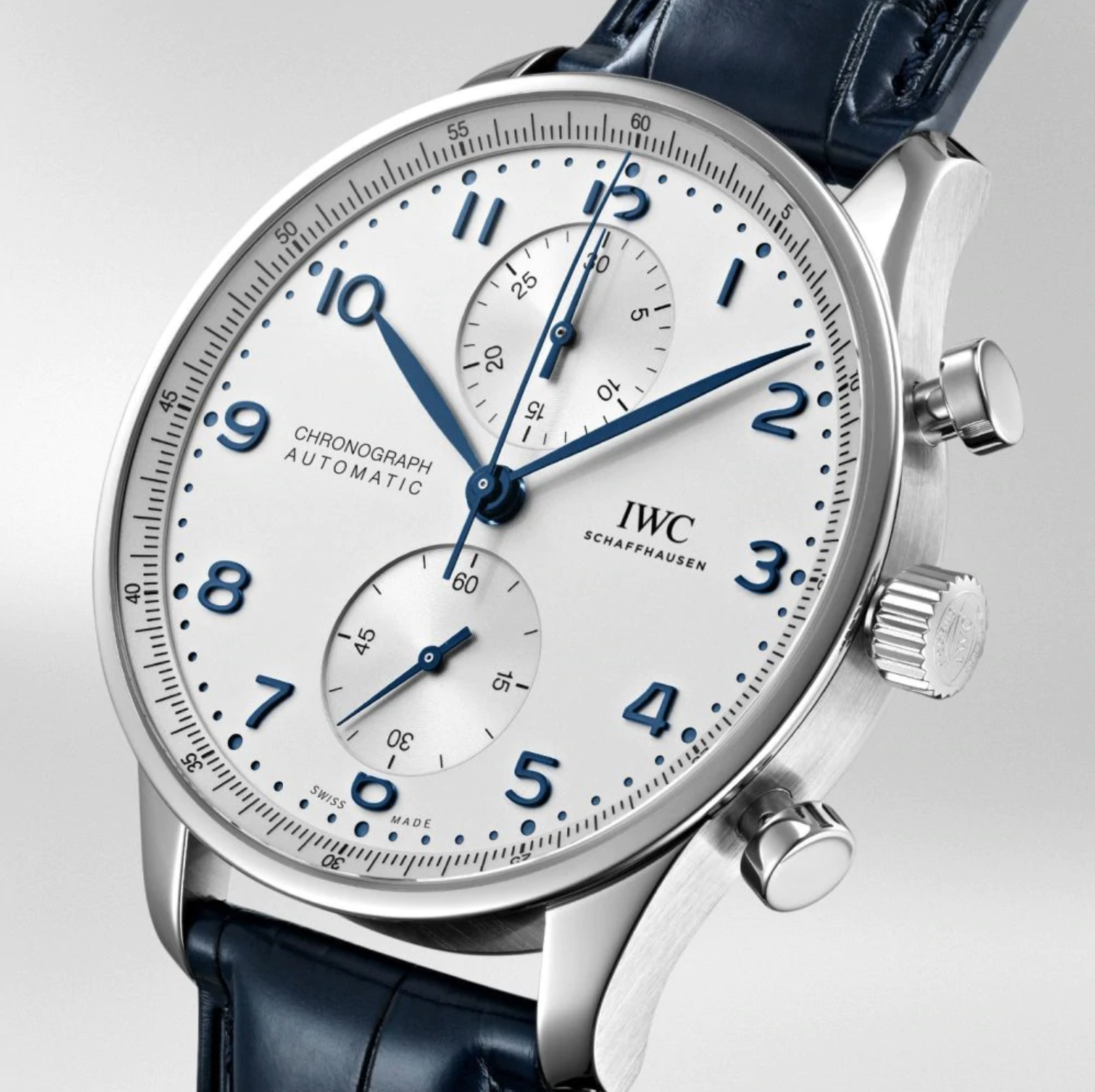 Truly an icon of the IWC stable, the Portugieser Chronograph may well be one of the cleanest-looking chronos that money can buy. But there’s always been a gripe with the regular ’Gieser chrono … it’s relied on movements made by third-party outfits like Valjoux and Sellita. Now, that’s not necessarily a bad thing; however, when you’re spending five figures on a watch that bears the Schaffhausen firm’s name on the dial, most punters would expect an in-house calibre. IWC obviously agrees, because finally we have a regular series production Portugieser Chronograph with a manufacture calibre. The 69000-calibre movement is a deeply impressive powerhouse, featuring self-winding, column-wheel chronograph, 27 jewels, 28,800 vph and a power reserve of 46 hours. Finally, a beating heart to match the brilliance of the rest of the watch. 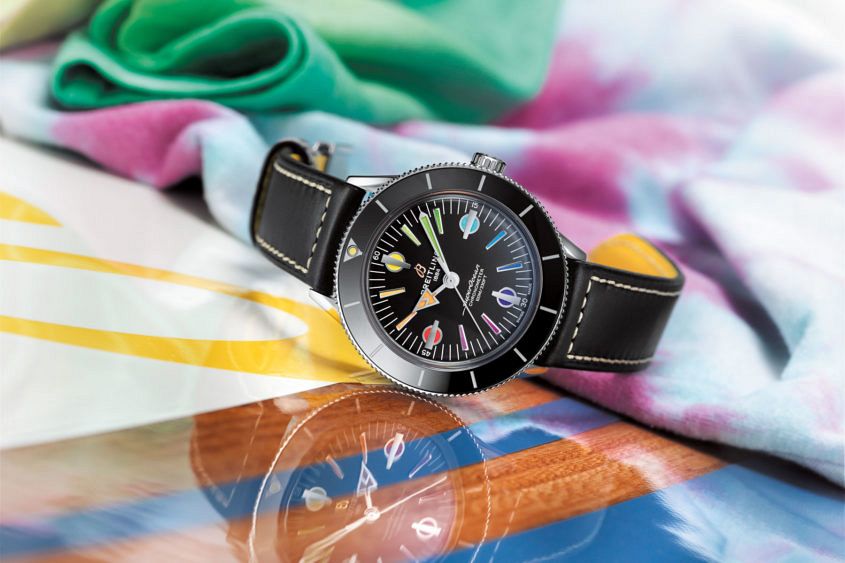 Whoah, has anyone checked on the design team at Breitling recently? Because things are getting seriously funky … whatever they’re drinking, I’ll take a double. I am so in for this. Any of the new Superocean Heritage ’57s are cool, but this re-creation of a model from 1957 is  just wild. The graduated rainbow-coloured hour indices on a vintage-inspired utilitarian dive watch shouldn’t work, but somehow, it just does. The rest of the watch isn’t particularly remarkable – stainless steel construction, modified ETA 2892 movement, Milanese bracelet – all standard Breitling fare. But the colour explosion on the dial is everything.  The Grenchen-based firm is making only 250 of these mercurial marvels, and they’re a boutique exclusive. *Cough* where’s the nearest Breitling boutique? (Asking for a friend). 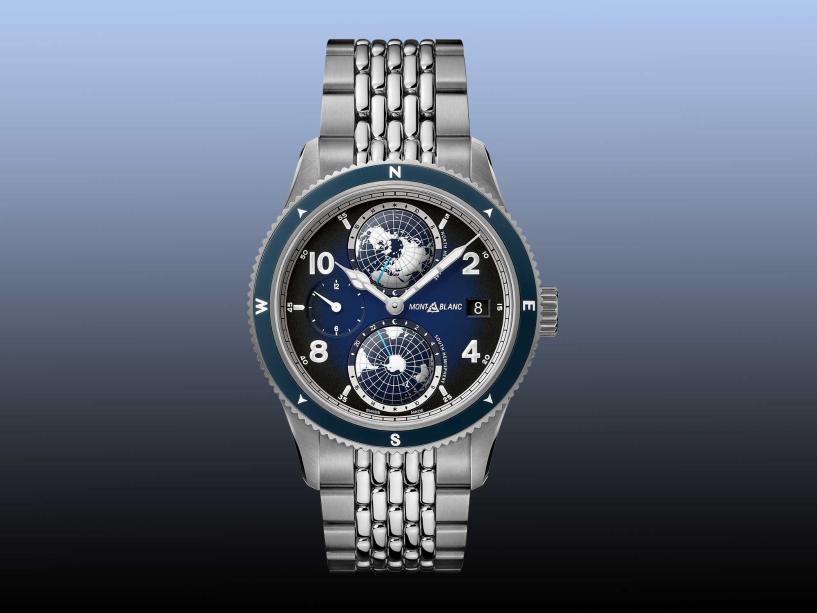 Ever since its unveiling in 2018, Montblanc’s Geosphere has been a hit. In terms of sales and in terms of critical reception. It’s also unlike any other watch. Which is more than half the battle for multi-category brands trying to break through. In short, it’s easily one of their strongest offerings in recent memory. Now there’s a new iteration of the complicated, adventure-seeking, go-anywhere timepiece, and the big story is the deep graduated blue dial, new bracelet and the construction in a new material. Whereas previously the Geosphere could only be had in steel or bronze (the latter being a limited edition), this new Geosphere scores itself a case hewn from brushed Grade 5 titanium, which is neat looking and should aid in bringing down the watch’s not insubstantial weight. The beads-of-rice style bracelet is also a handsome addition and, thanks to the central components of the bracelet being polished steel and the links that line the edge being matt Grade 5 titanium, there’s a good amount of visual complexity, which is nice to see. It appears to be another Geo-goal from Montblanc, well done. 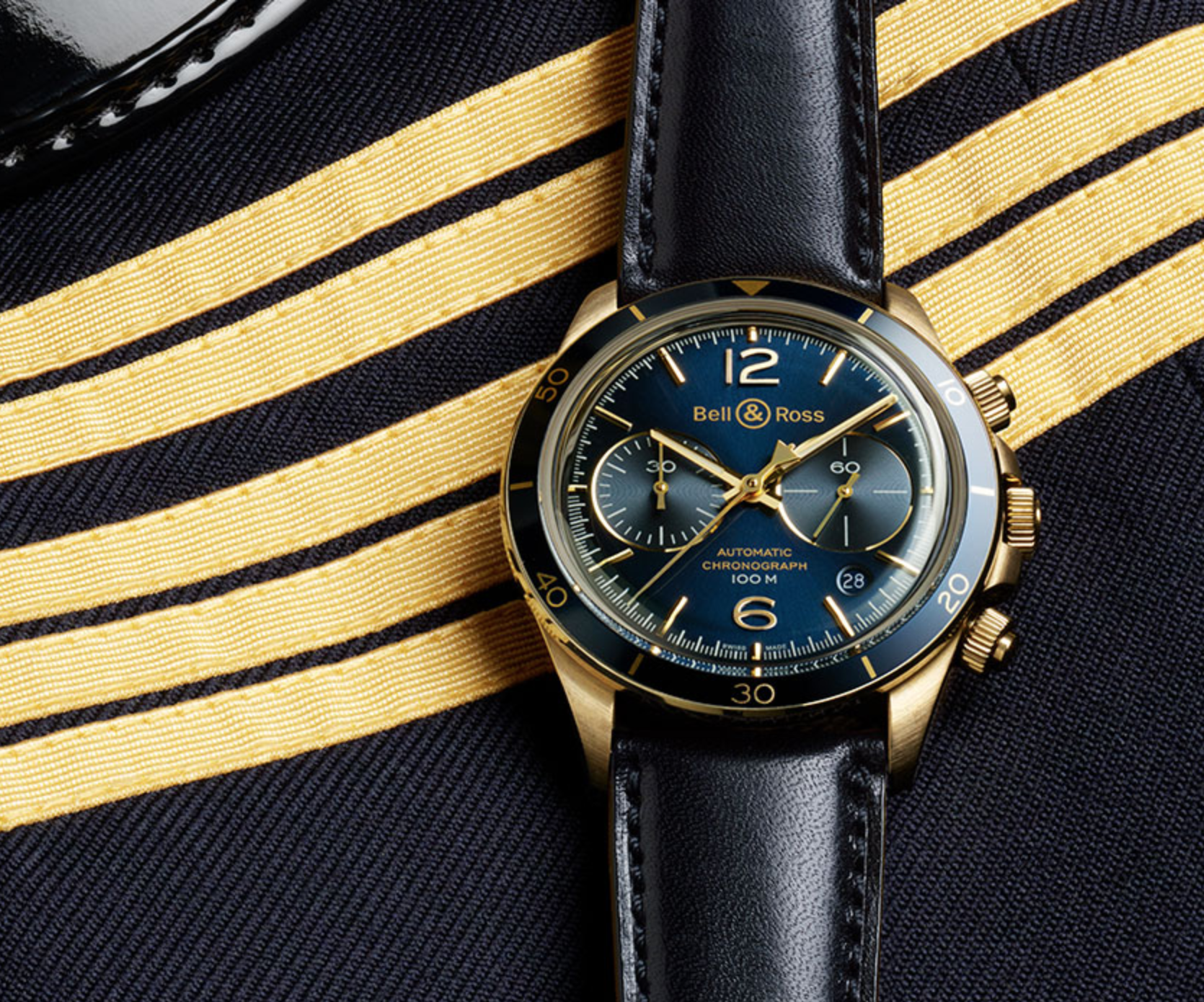 Bell & Ross have real form working with bronze and seeing bronze enter this collection is exciting. Back in Feb, when B&R unveiled the BR V2-94 Aéronavale, my jaw hit the T+T office floor harder than Deontay Wilder did when Tyson Fury poleaxed him in their recent heavyweight bout. I love it. This is a very, very aesthetically pleasing timepiece. The combination of majestic sunburst navy blue dial and bezel with the warm yellowy glow of the brushed bronze case is a pairing akin to when Brad Pitt and Angelina Jolie shacked up. It’s limited to 999 pieces.