To recap: in Part 1 of this series, we took a look at seven of the best watches money can buy that measure between 34mm and 39mm … aka the “Goldilocks” zone. There are so many more great examples of mid-size watches, however, that we thought it only right to mention a few more. So if you’re after a timepiece that isn’t going to sit on your wrist like a Roman sundial, your search may well be over. Enjoy. 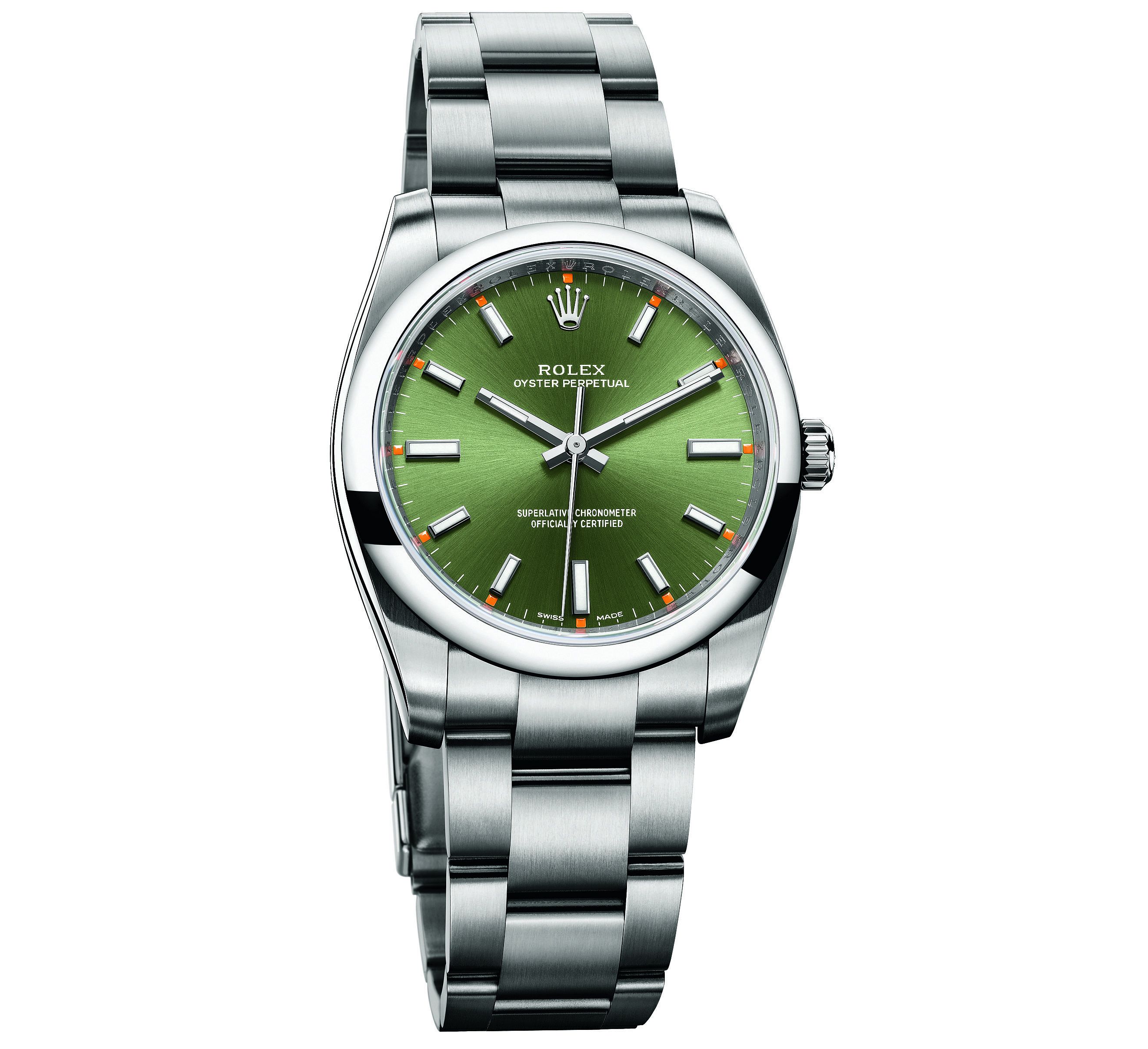 Representing the very smallest of what we would consider to be a mid-size timepiece, this Rolex Oyster Perpetual with Olive Green dial is such a great timepiece. In fact, having spent some time with one of these watches in the past, we reckon this is one of the sleeper hits of Rolex’s current line-up. And trust us: when it looks this good, 34mm wears just fine. $7150 AUD. 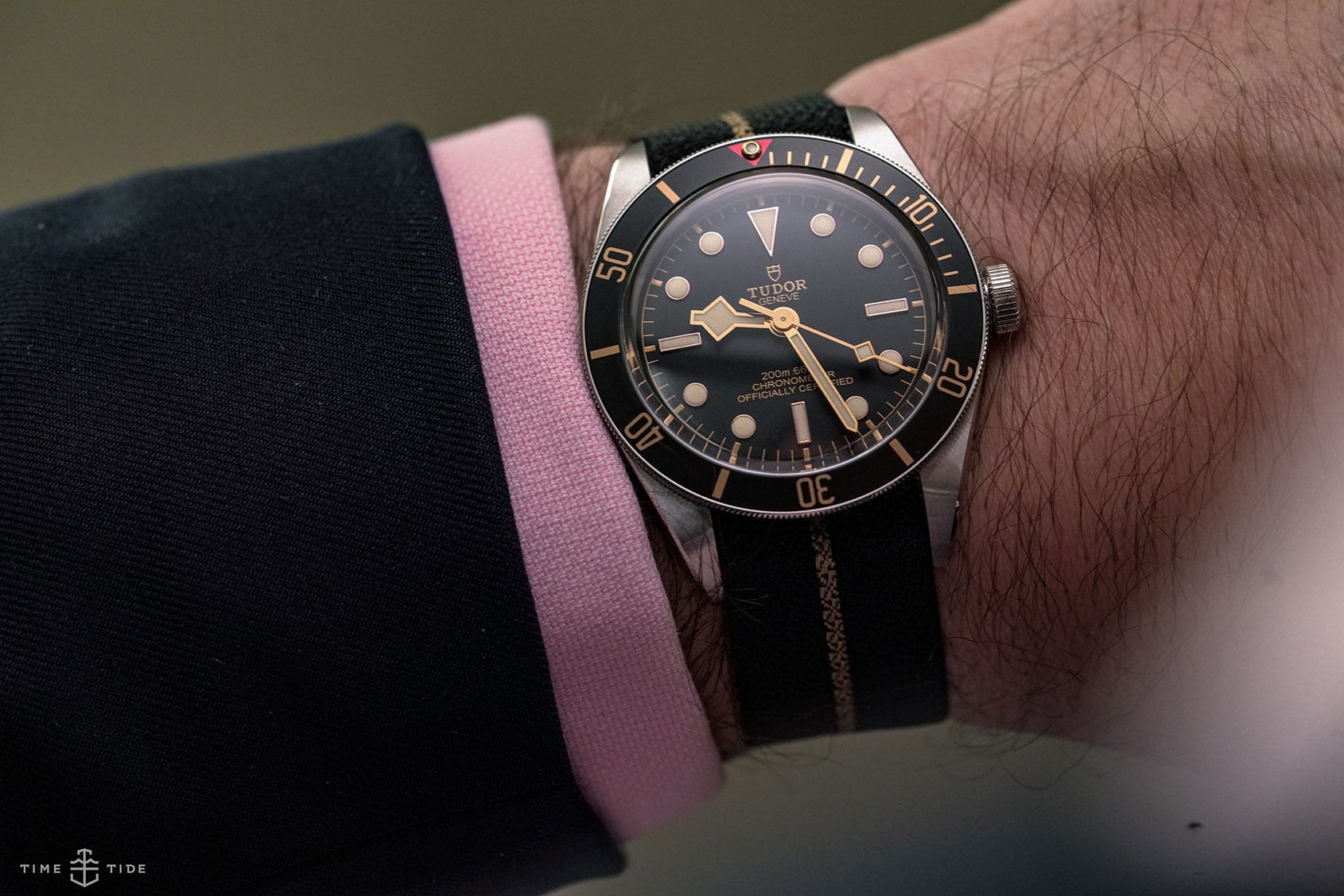 Recently donned by us as the single best iteration of Tudor’s excellent Black Bay range, even a short glance should tell you why the Fifty-Eight is such a brilliant thing. The proportionality of this vintage-inspired diver is nigh on perfect, measuring in at 39mm across and 12mm thick. Essentially, what Tudor has done with the Fifty-Eight is create a timepiece that’s more Submariner than Rolex’s current Submariner, and that has to be celebrated, right? From $4580 AUD. 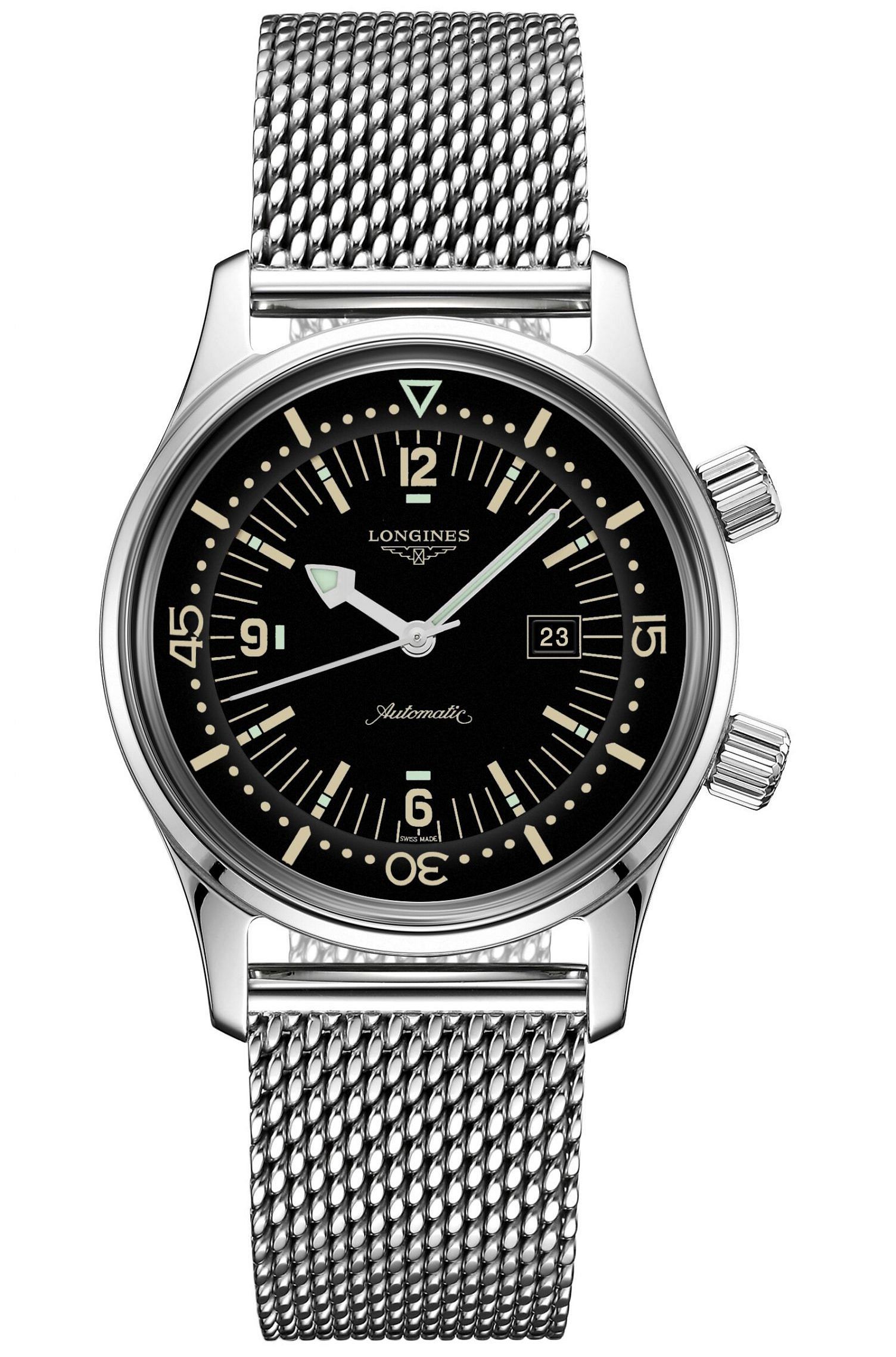 We’re already on the record several times over as being fans of the Longines Legend Diver. However, this 36mm variant often flies under the radar, which is such a shame, because it may well be the pick of the bunch. Think about it: this timepiece is styled after something antiquated, and what’s more old-school than smaller dimensions? We’re also seriously digging the straight end links and Milanese bracelet – it’s a powerful yesteryear flex. $3525 AUD. 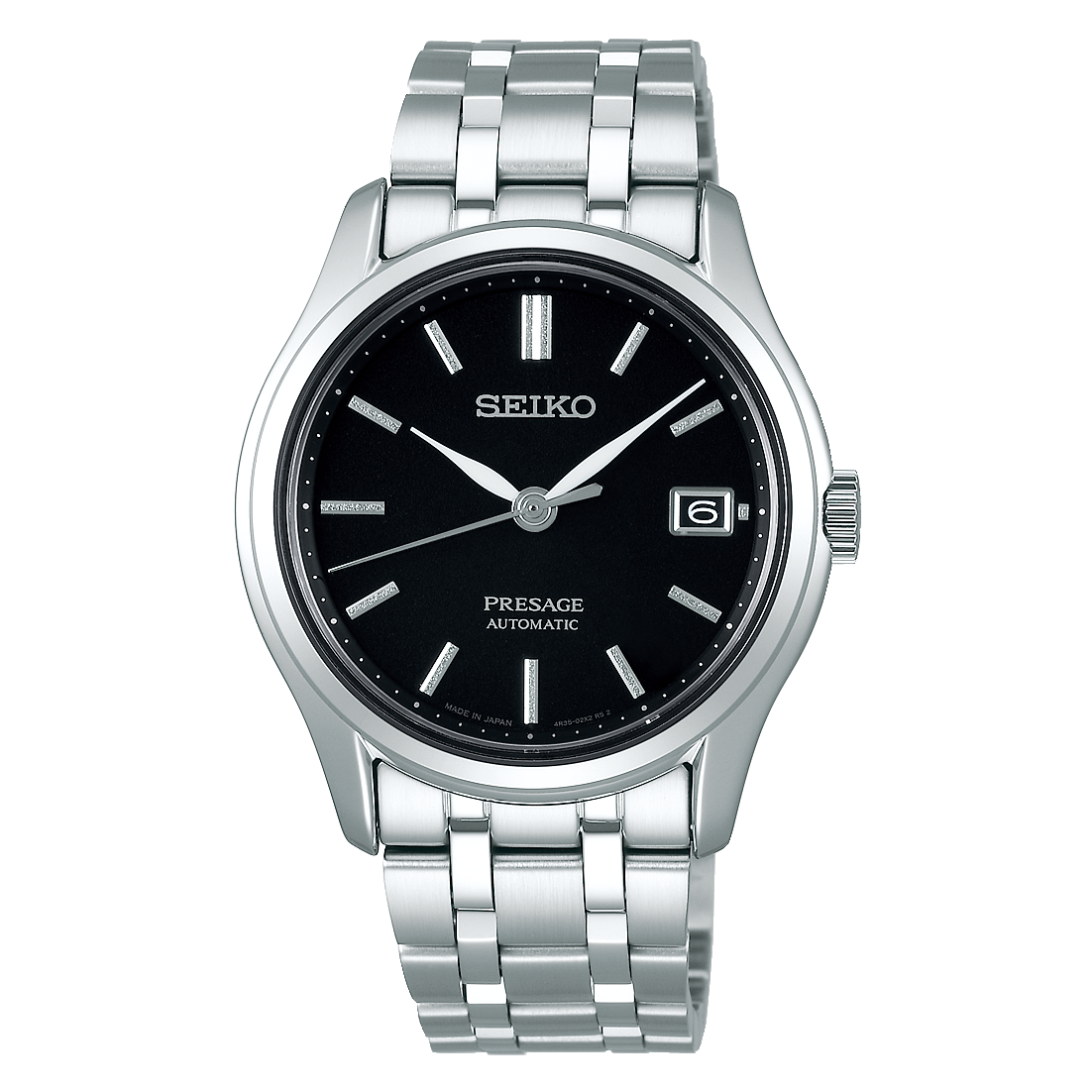 Measuring in at a moderate 38.3mm across and just 11.2mm thick, this all-steel variant from Seiko’s dressy Presage collection has got all the hallmarks of a great daily beater. The finishing of the dial is textbook Seiko, which is to say that it’s punching well above its weight. The self-winding Calibre 4R35 provides reliable accuracy, and the overall aesthetic marks it out as a highly versatile, no-nonsense timepiece. We’re also quite fond of the price. $825 AUD.

Made to celebrate the 60th anniversary of the brand, this Grand Seiko may well be one of the nicest-looking dress watches we’ve seen released this year. The deep navy blue dial is gosh darn delightful, and when combined with the razor-sharp signature dauphine handset and polished indices, you could easily spend hours gazing into this work of art. Its archetypally styled stainless steel case measures 38mm across and just 10.9mm thick, meaning it’s going to slip under a cuff with ease, and it’s powered by the manually winding manufacture Calibre 9S64 movement, which serves up an accuracy rating of +5 to -3 seconds per day and three days of power reserve. $11,950 AUD. 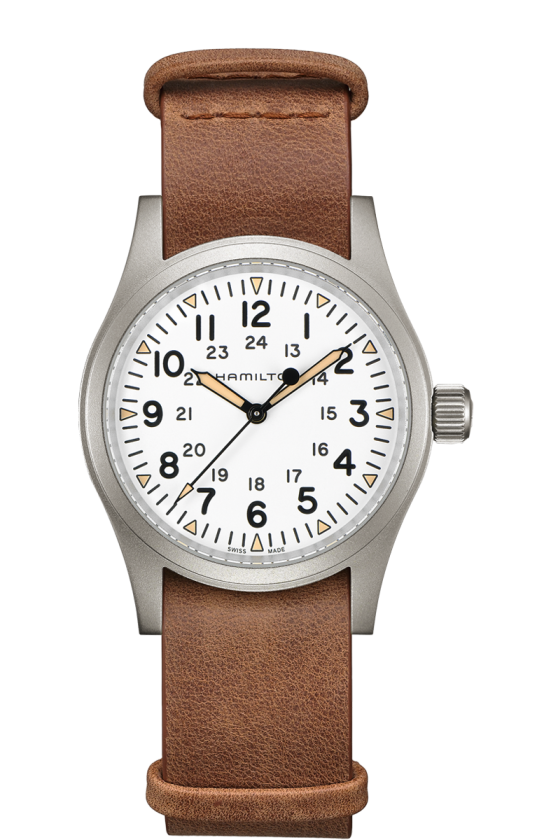 This would make such a good weekend watch. Honestly, is there anything better than a vintage-inspired timepiece to accompany you on a Saturday arvo? Anyway, Hamilton have knocked it out of the park with this 38mm banger. Not only has it got the looks, it’s also got the mechanical innards to back it up too, thanks to the use of the hound-wound Calibre H-50, which serves up no less than 80 hours of power reserve. We’re also digging the tan brown leather NATO it comes with. And it’s a relative bargain, all things considered. CHF 515. 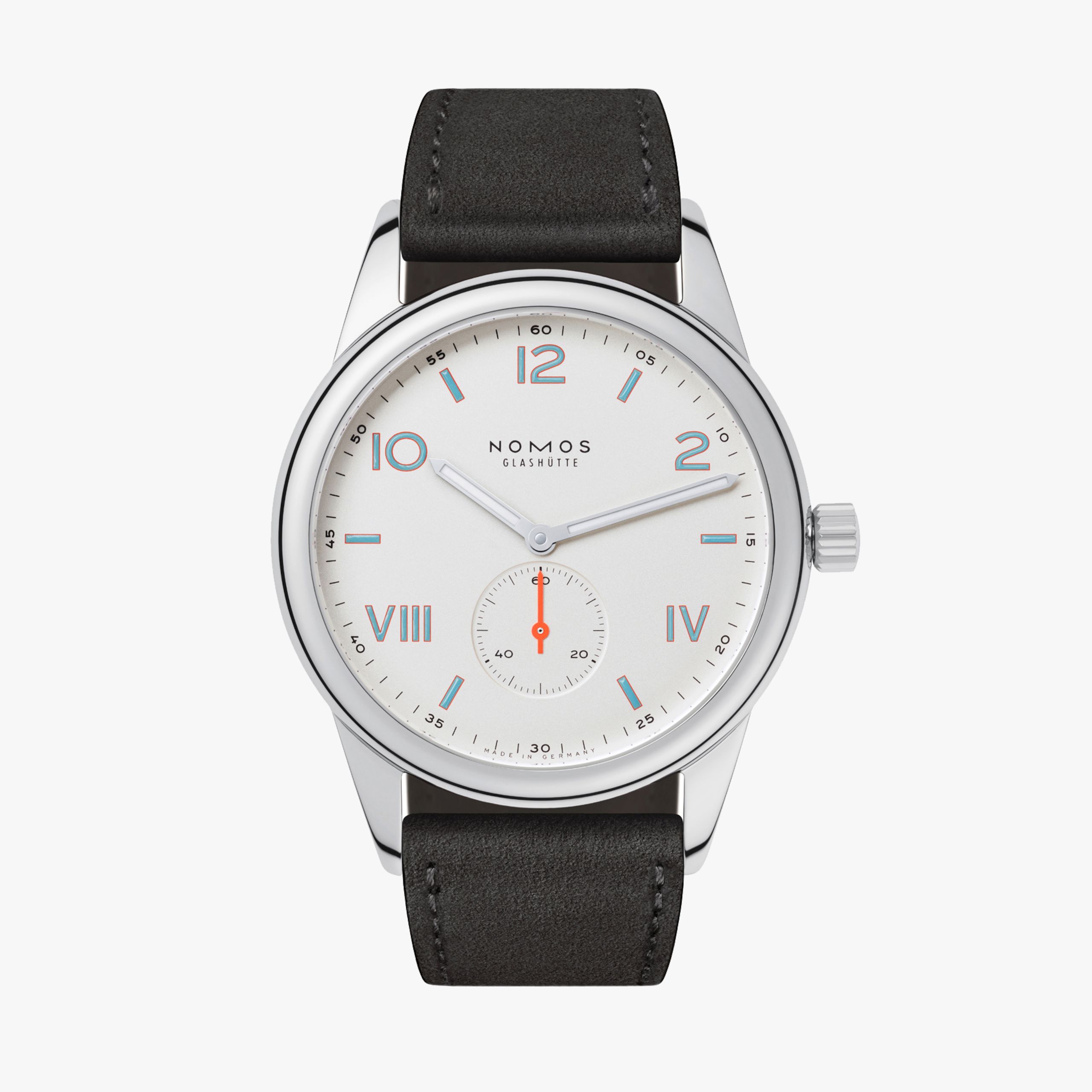 Last but certainly not least, Germanic outfit Nomos Glashütte are well-versed in the art of mid-size watchmaking. Their Bauhaus-inspired Club Campus 38 is, rather obviously, a very versatile 38mm, which means that just about anyone is going to be able to rock it without a worry of lugs dangling precariously over wrist’s edge. We’re also big fans of the watch’s manufacture Calibre Alpha movement – the manual-winding mechanism is nicely decorated and serves up both good accuracy and 43 hours of power reserve. If you’re after a mid-size watch that says to the world that you’re slightly eccentric and like the path less travelled, this is the watch for you. $2060 AUD.