Baselworld has by now nearly slipped entirely into the ether, yet there’s a small list of watches that I’ve been mulling over ever since leaving the fair. The entry level segment was incredibly strong this year overall (let’s call it the sub-$5K bracket), and though Andrew touched on it during his priceless 3 Under 3k video, I couldn’t help but notice a handful of other watches that had some serious potential. As with most of us at the show I didn’t make it to see everyone in the halls, but of what I saw hands-on it took very little effort to cook up a list of a half-dozen pieces that land in “shut up and take my money” territory, adding to Andrew’s excellent selections. That in mind, let’s cut to the chase.

Especially having just seen the Tudor Black Bay Chrono S&G a couple of hours prior, I instantly fell in love with this B&R for the simple fact that (and some of you are going to hate me for saying it) it looks like a better version of the BB for less money. I’ve been a fan of the V2-94s since they first hit the market, as they’re just the perfect size and shape on wrist, and deliver that Daytona-esque vintage chrono with screw-down pushers at a more logical and grounded sticker price for a daily-wear piece. Sure, it’s not running the Breitling-based in-house chrono calibre of the Tudor, but in this price category I really don’t see that being a deal-breaker. 4900 euro 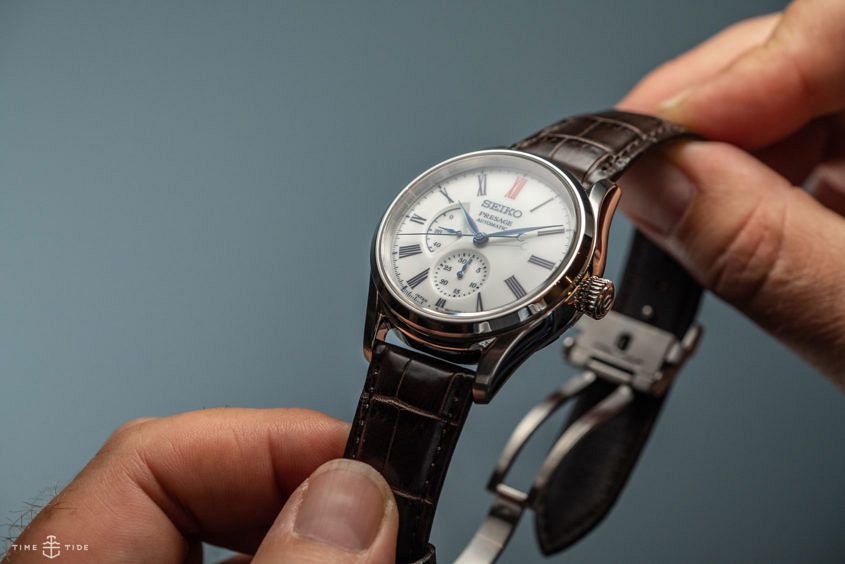 From my co-authored feature with Sandra Lane waxing poetic about the Shippo enamel-dialled Presage models from last year, you’ll recall that I have a soft spot for just about everything in the line. That said, this new Arita Porcelain is something special. The use of porcelain dials goes all the way back to early pocket watches, but Japanese porcelain from the small town of Arita has a legacy of its very own. History of decorative arts aside for a moment, the material was long written off as too delicate for modern watchmaking, however a new type of Arita porcelain developed just three years ago vastly improved its hardness and durability, making it a no-brainer as Seiko looked to expand the Presage line. Putting their money where their mouth is, during their Baselworld press conference their team dropped one of their porcelain dials to the floor, shocking the room of media with its survival entirely unscathed. 1950 euro 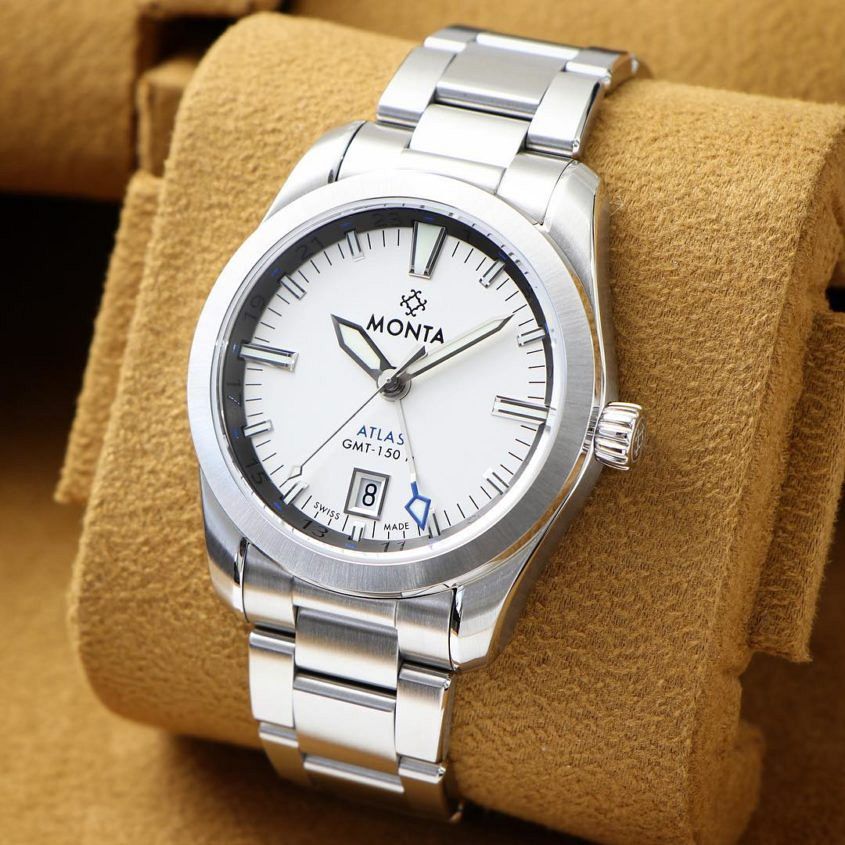 Another brand that I have a soft spot for — as an owner of both the original Oceanking and their Triumph field watch — the Monta Atlas combines the Triumph’s rudimentary tool watch aesthetics with the clever bent-hand design of their Skyquest GMT in the best possible way. A few minor tweaks were made to the lugs of its case, and Roman numerals were stripped from its dial (with a 24h scale added to its rehaut), but key details like its extremely comfortable bracelet and slender case profile remain intact. Of the pack, the opalin silver dial with blue accents is the hero of the collection. $1795 USD 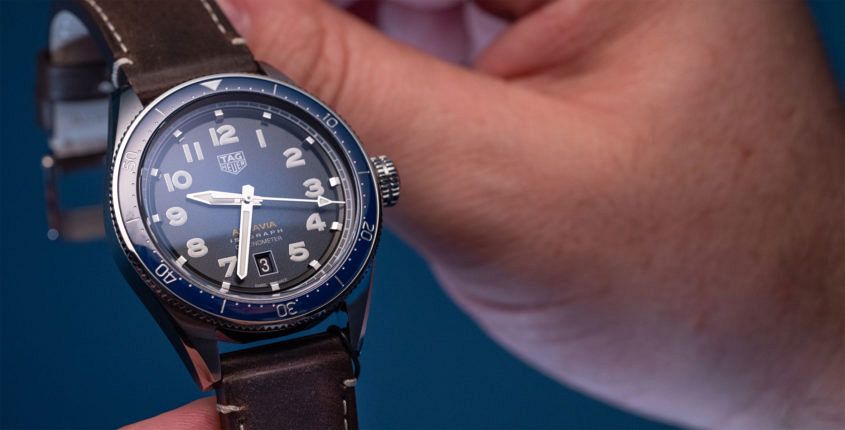 I’ll cut to the chase here. When I saw the press docs on this, I really didn’t want to like it. If I’m being polite, at best I was feeling nonplussed in regards to it all. And then I saw it in the metal, so the story goes. They didn’t make me fall out of my seat, but they are sleek, they are comfortable on the wrist, but most notably they’re one of the more cutting-edge things from TAG this year. They’ve figured out a way to make carbon composite hairsprings, which although aren’t in any way technically superior to silicon based on any available intel from TAG Heuer thus far, it DOES mean that TAG Heuer is making their own hairsprings now, and if the material can be used for that, I’m stoked to see what else they start messing around with. From $4700 AUD 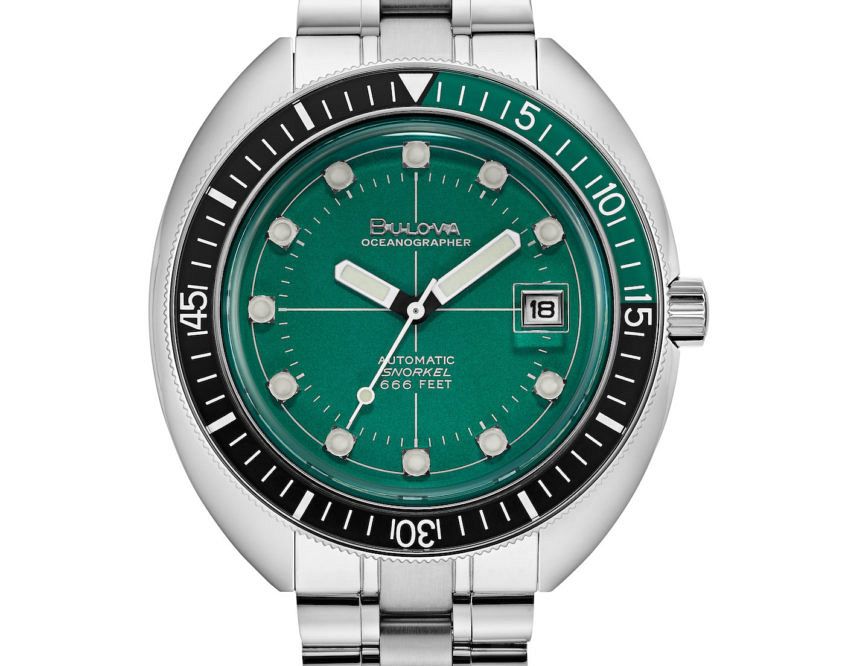 Sure, this is 100 per cent a guilty pleasure, but I stand by it. While everyone was busy getting excited about the deco-styled Joseph Bulova collection, and the retro futuro ridiculousness of the Computron, I was smitten with something as simple as a new dial colour. To be fair, she’s a sexy one. We all know that green is the flavour of the month (though it seems that red is coming for it with a vengeance), but this particular shade is perfectly suited for the vintage diver aesthetics of last year’s Devil Diver. While the previous year’s releases were either bland (black dial) or too niche (orange), the addition of teal, as well as two navy models with either orange or yellow contrasting accents, have vastly more appeal for a sub $1K sticker price. $795 USD