Black, noir, sable, stygian … whatever name you wish to call it, there can be no debate – black itself is always cooler than whatever is “the new black”. Anyone who’s seen Tarantino’s 1992 cult classic Reservoir Dogs will know what I mean.

And anything that is painted black instantly becomes far, far cooler. Henry Ford famously said, “Any customer can have a car painted any colour that he wants, so long as it is black.” The Model T Ford only came in black. What else did you need? The man was onto something. Watch brands know this too, because black watches are above trend. They happen on the year, every year. 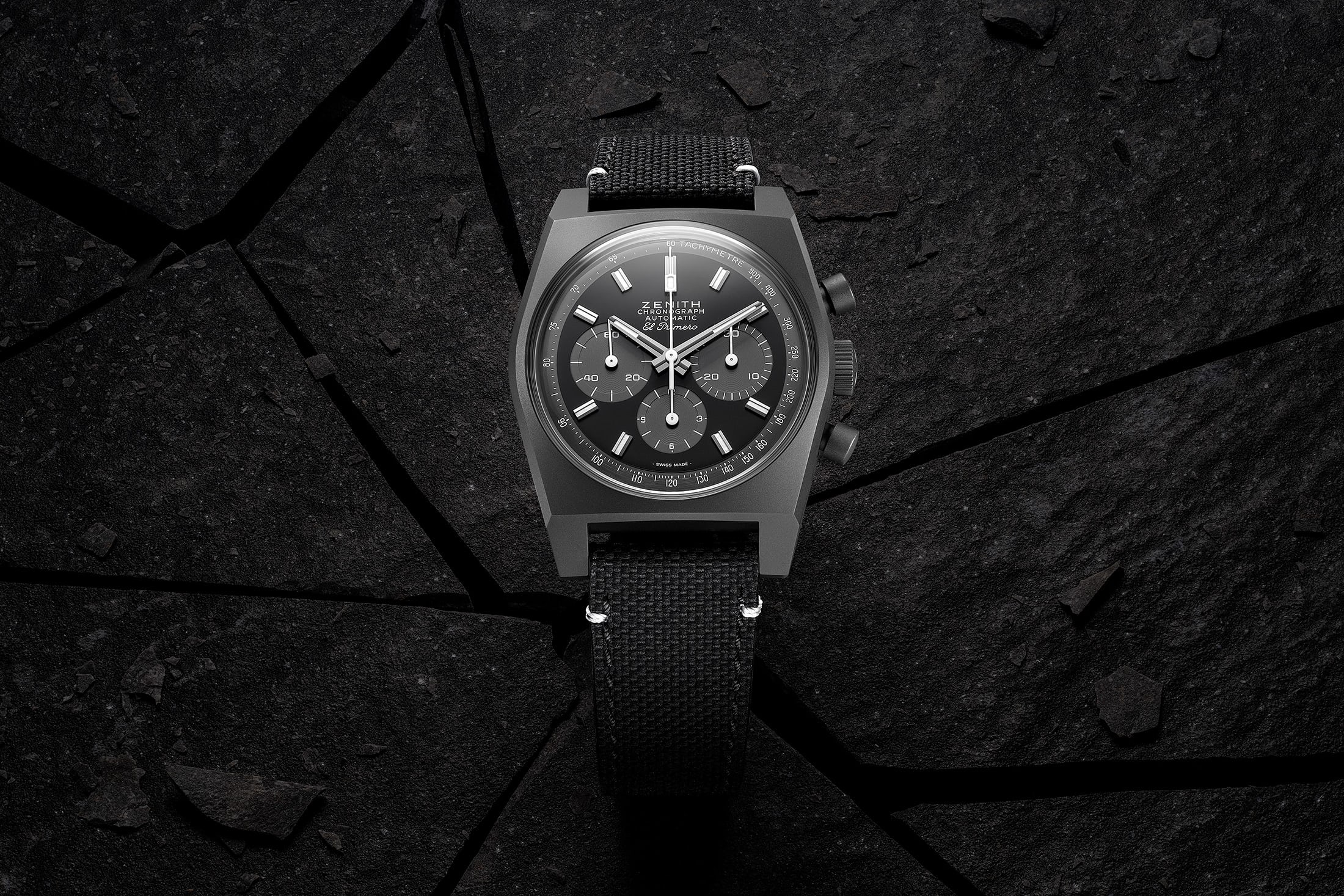 That’s why when Zenith have just dropped their all black errything drop of the angular El Primero A384 Revival, the Chronomaster Revival ‘Shadow’, which revives a ’70s model that was onto the deadly charms of murdering a watch out wayyyyy ahead of the curve.

The Shadow, however, is just the latest in an unending succession of  a bunch of blacked-out timepieces released over the last couple of years that prove that watches are just better when they’re brought … Back in Black. 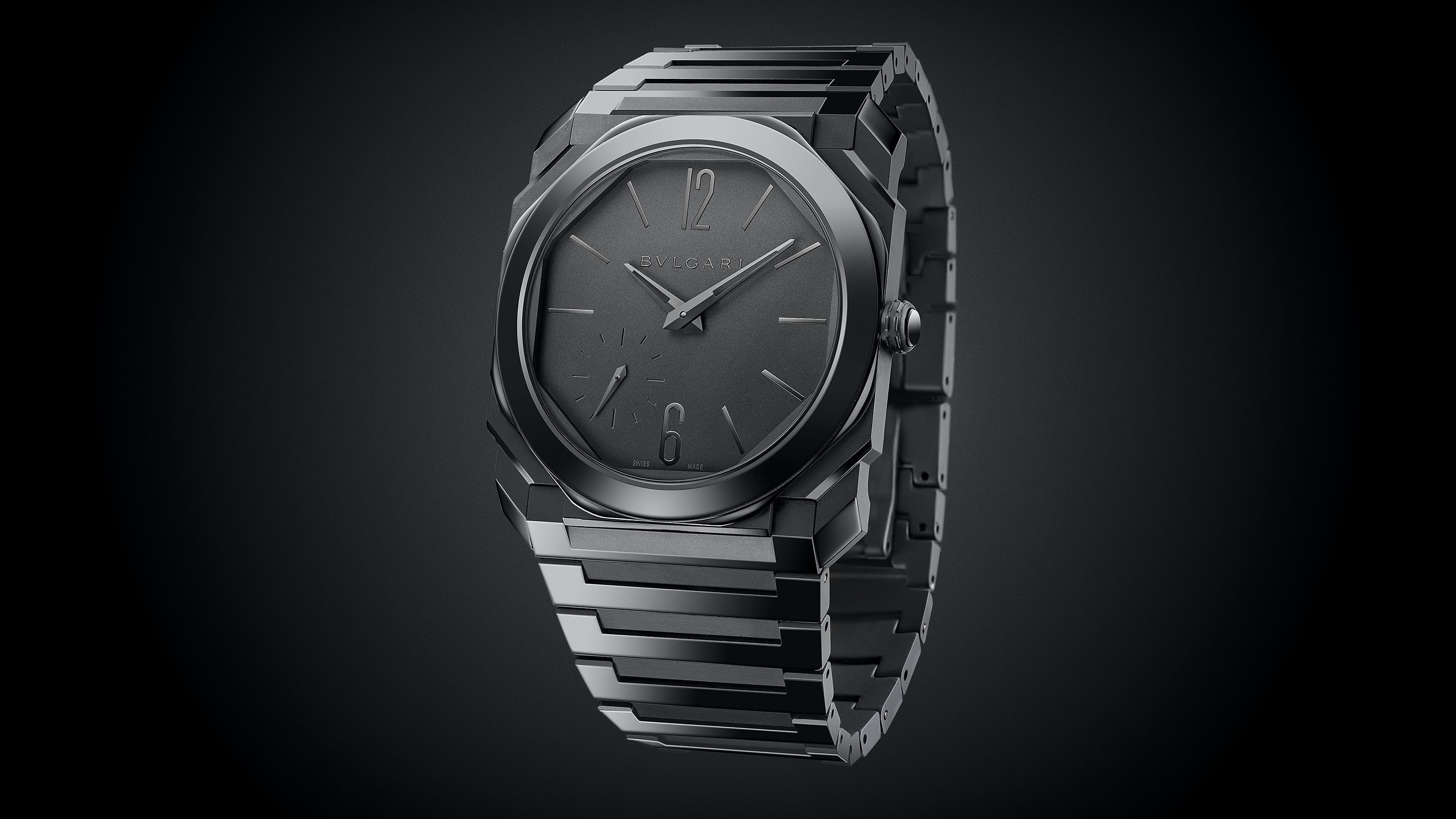 One of the biggest stars from LVMH’s Dubai Watch Week, Bulgari’s excellent Octo Finissimo scored a polished black ceramic iteration that had everyone talking. This would make a great weekend wristwatch – it’s light, scratch resistant and would look killer with a T-shirt and jeans combo. $15,600 USD. 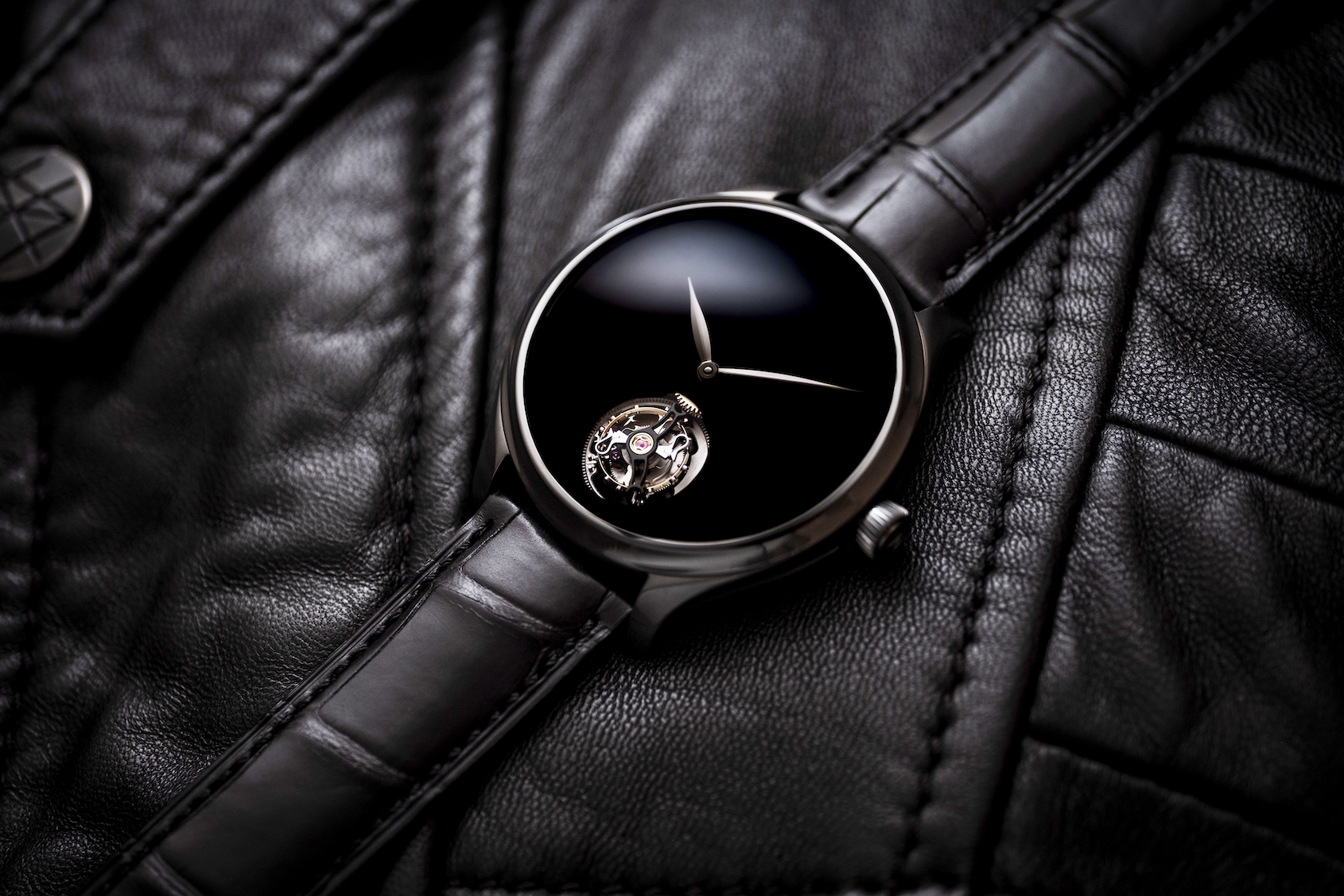 What started out as an amusing April Fools’ joke from Moser last year quickly turned into one of the hottest releases of 2020. The Endeavour Tourbillon Vantablack Black Hands is definitely an inimitable looking piece of Haute Horology, and if you were looking for a tourbillon that’ll fly under the radar better than a Lockheed SR-71 Blackbird, this is the watch for you. $69,000 USD. 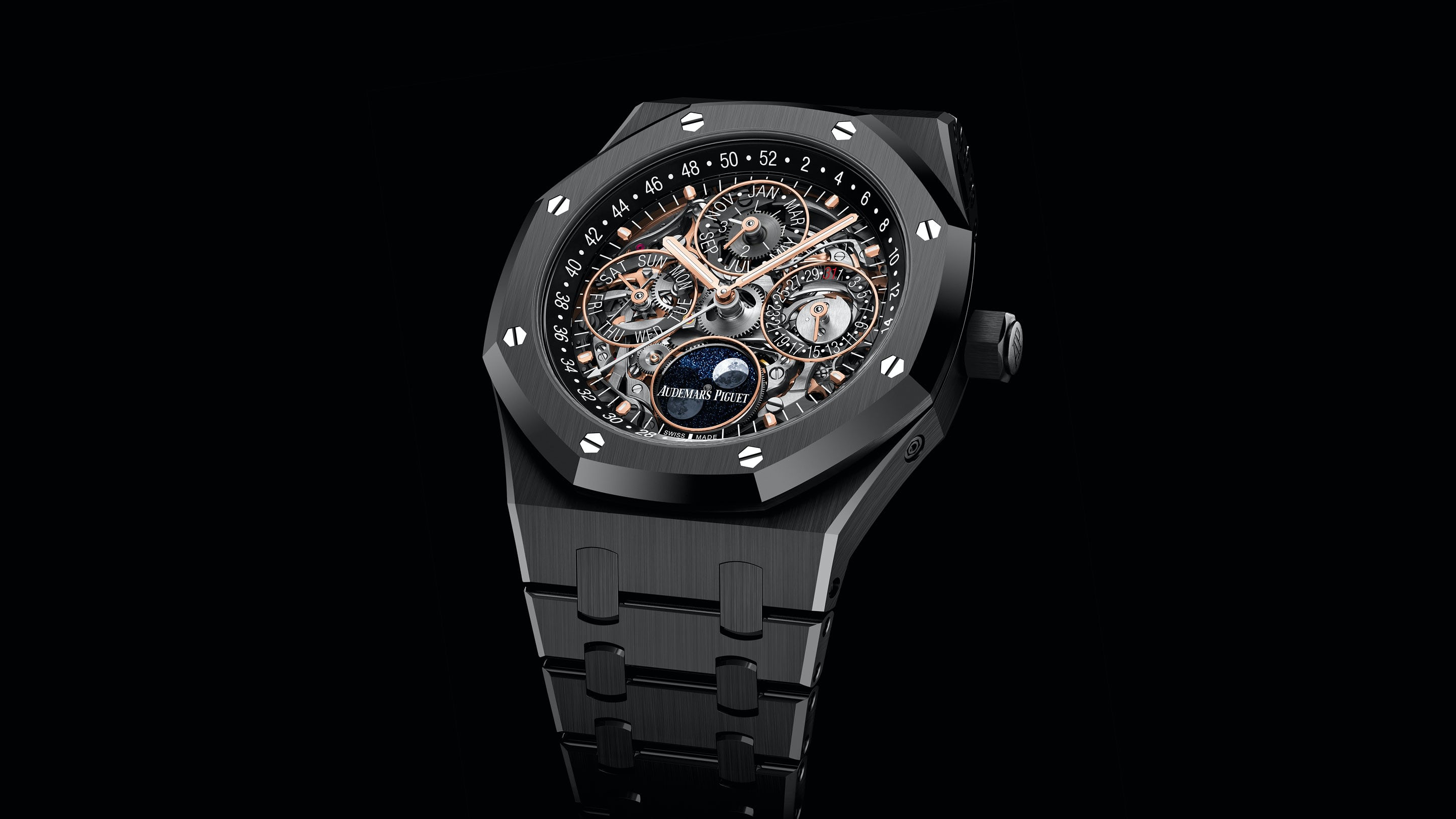 Sticking with stratospherically expensive timepieces, this AP Royal Oak QP openworked in black ceramic is as pricey as it is beautiful. It is also a deeply impressive showcase of just how good Audemars Piguet are getting with material and horological innovation. It may well have cost CHF130,000 when it was unveiled last year, but the boutique exclusive is elusive, and if you want to get your hands on one, expect to pay closer to half a mill in the secondhand market. $POA. 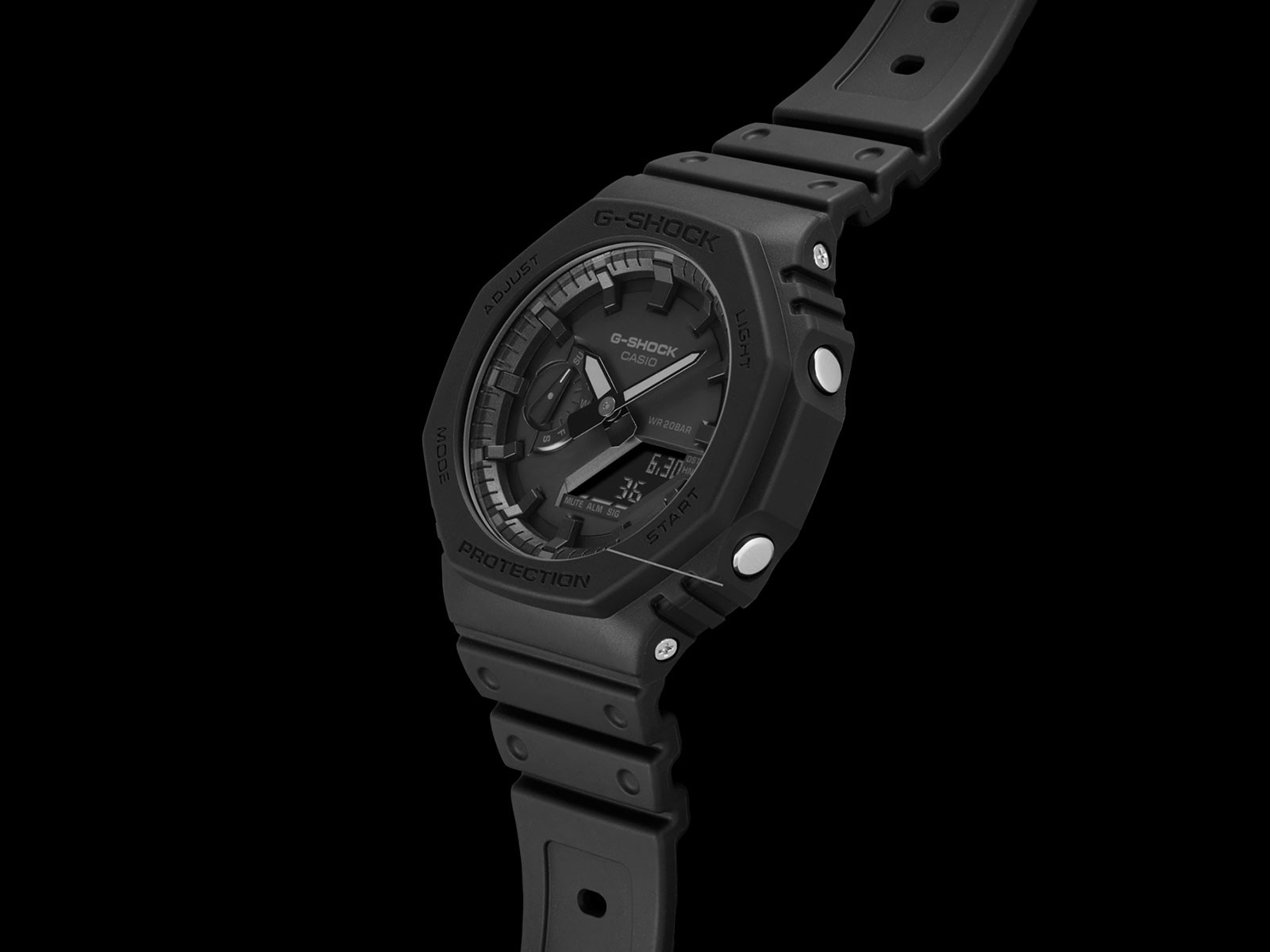 OK, yes, I’m being a bit cute mentioning this watch directly after the AP, but you’ve got to admit, the so-called “CasiOak” has been a smash hit ever since it was unveiled – who doesn’t love a cheap thrill? There’s been a bunch of the different CasiOak iterations of late, but the one to go for is still this all-black ensemble. It looks great on the wrist. $249 AUD. 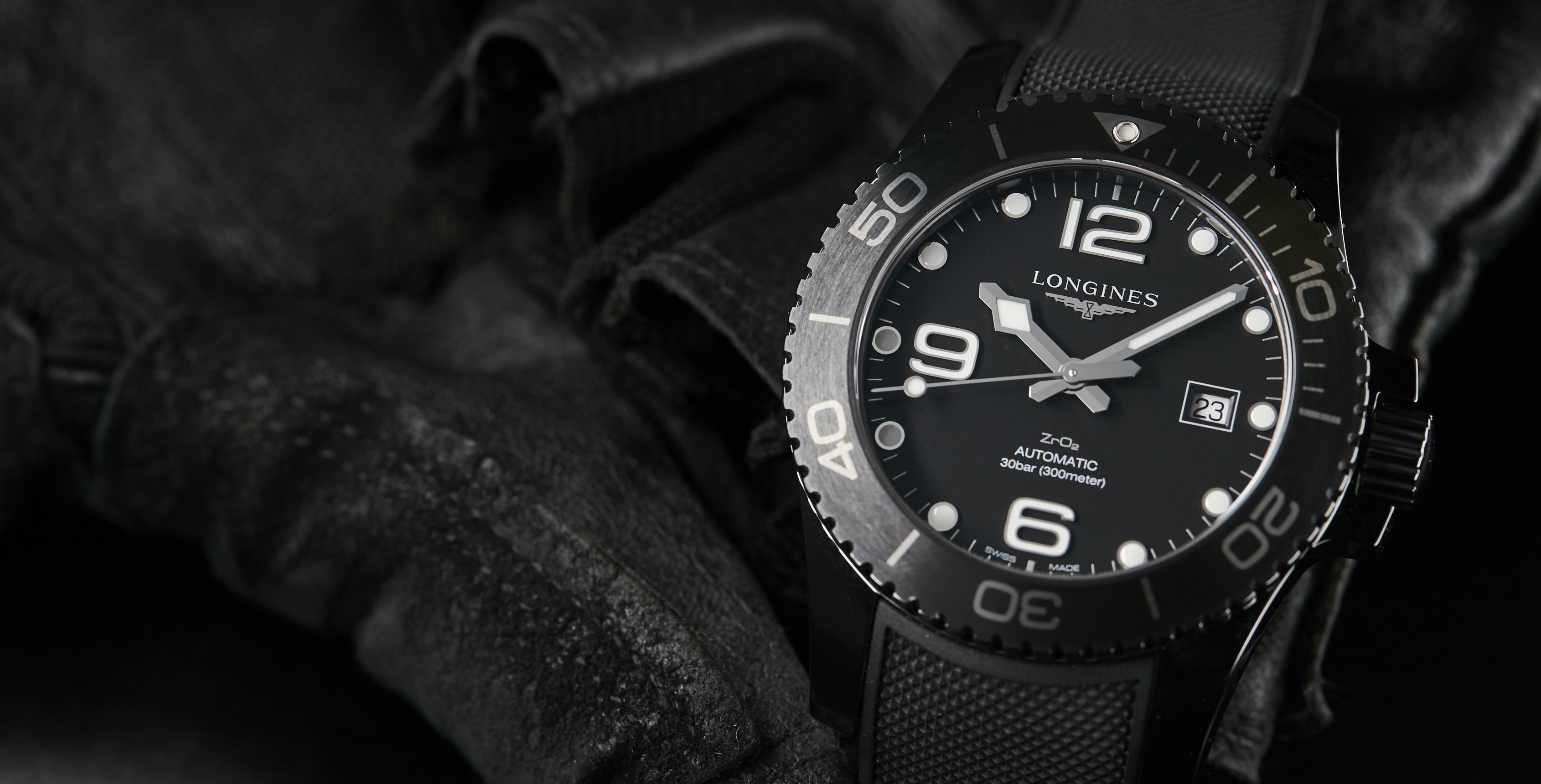 This watch exemplifies how an all-black treatment can revitalise a well-known timepiece. The Longines HydroConquest in Black Ceramic was a breath of fresh air when it was unveiled last year, and although the proportions of the black ceramic case had swelled to 43mm, it wore surprisingly well. A great modern adaptation of a classic, dependable dive watch. $5075 AUD. 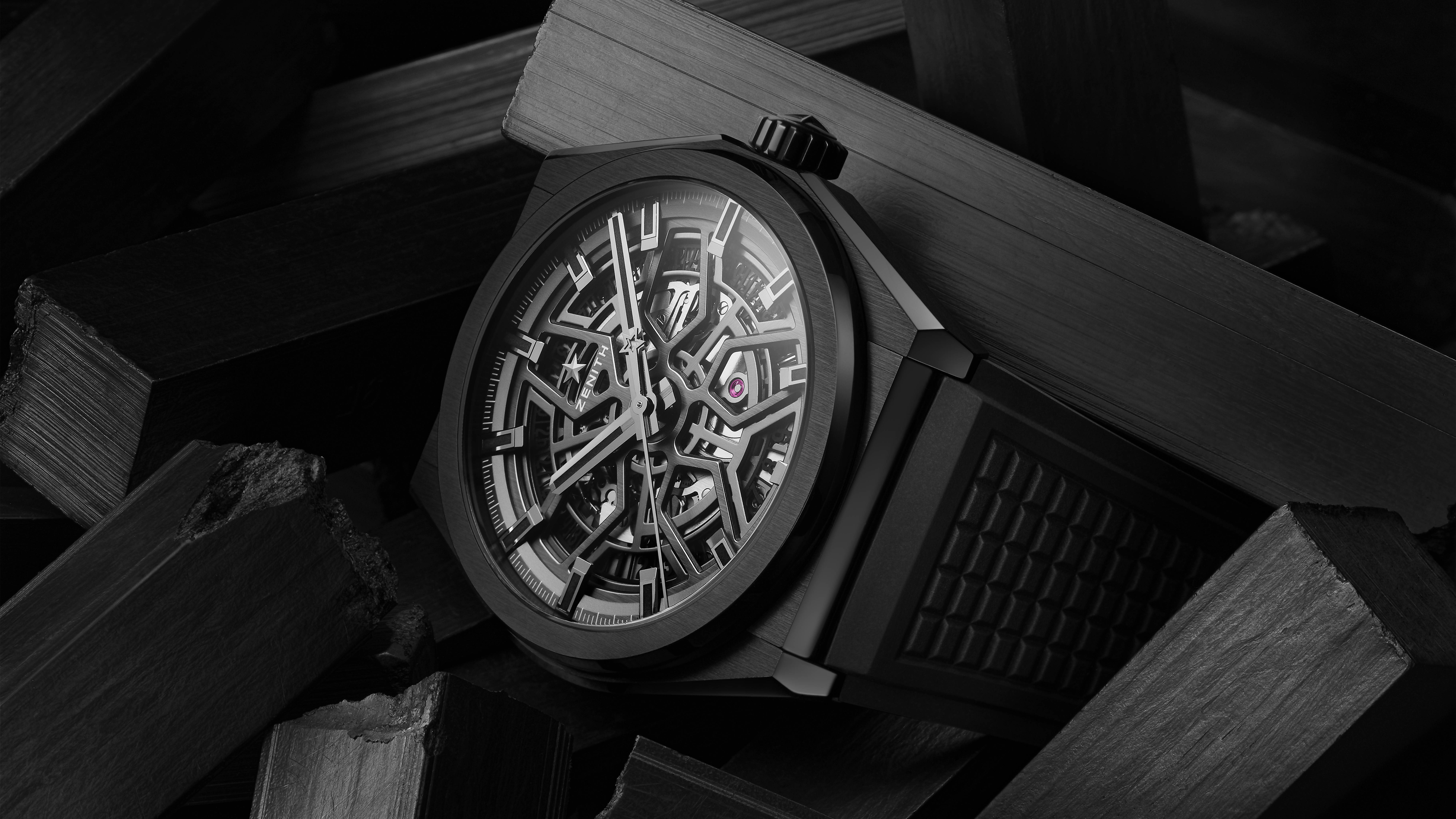 Another Zenith to receive the neo noir treatment, this iteration of the Defy Classic is easily one of our favourites. Everything from the black openworked dial to the ruthenium-plated handset and indices just works, and when you factor in the comfortable and attractive tapered rubber strap, it makes for a very compelling proposition. Zenith are on a roll right now. $7500 AUD. 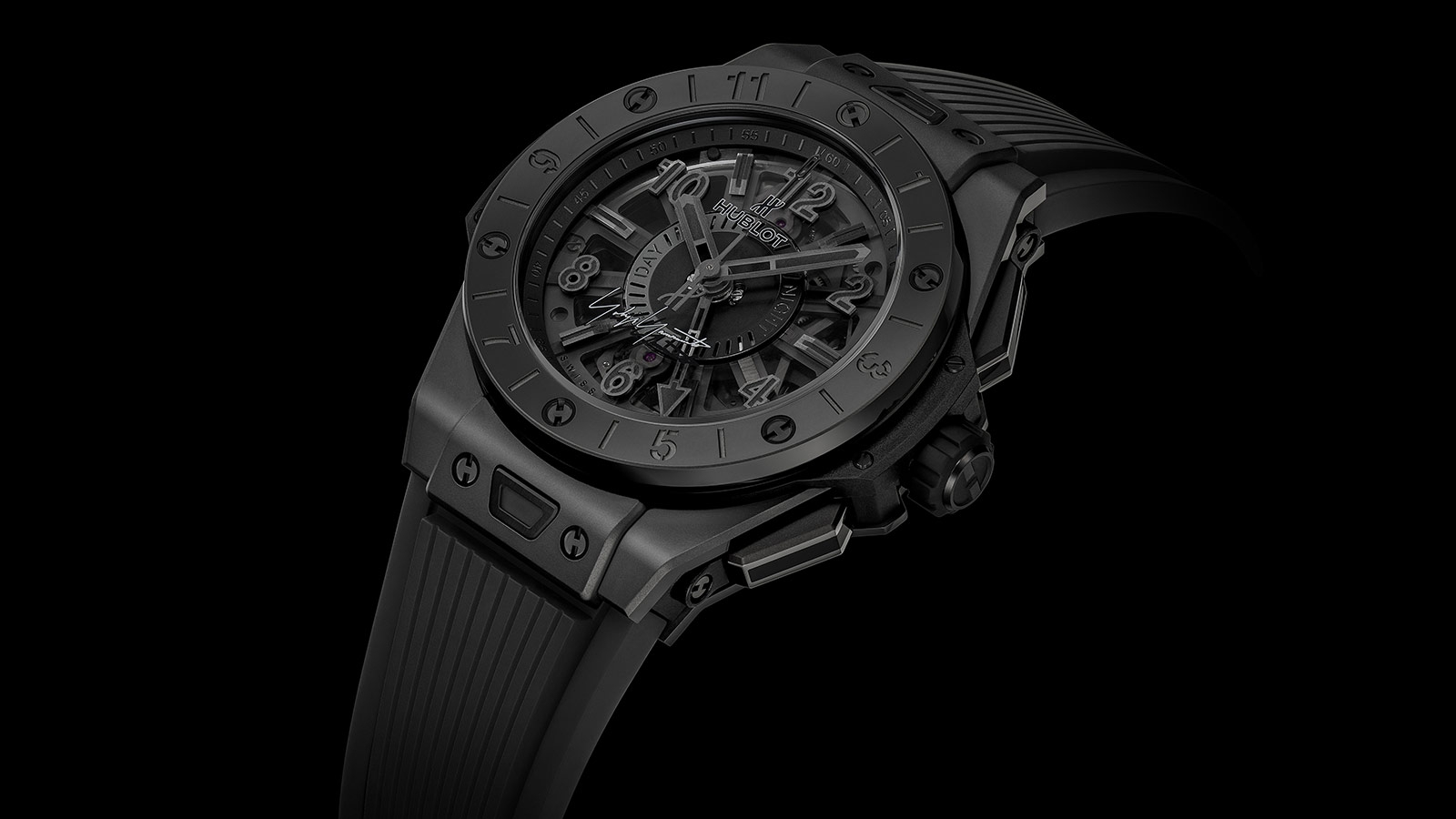 Hublot just dropped this All Black Big Bang and I’m in love. Made to celebrate the Nyon watchmaker’s grand opening of its new flagship boutique on Chuo-dori Street in Ginza, Tokyo, this Big Bang has got a lot going for it. In fact, I don’t think I’ve ever wanted a Hublot more … pity that Hublot are only making 50 of these beauties. Hopefully something similar finds its way into regular production. $POA. 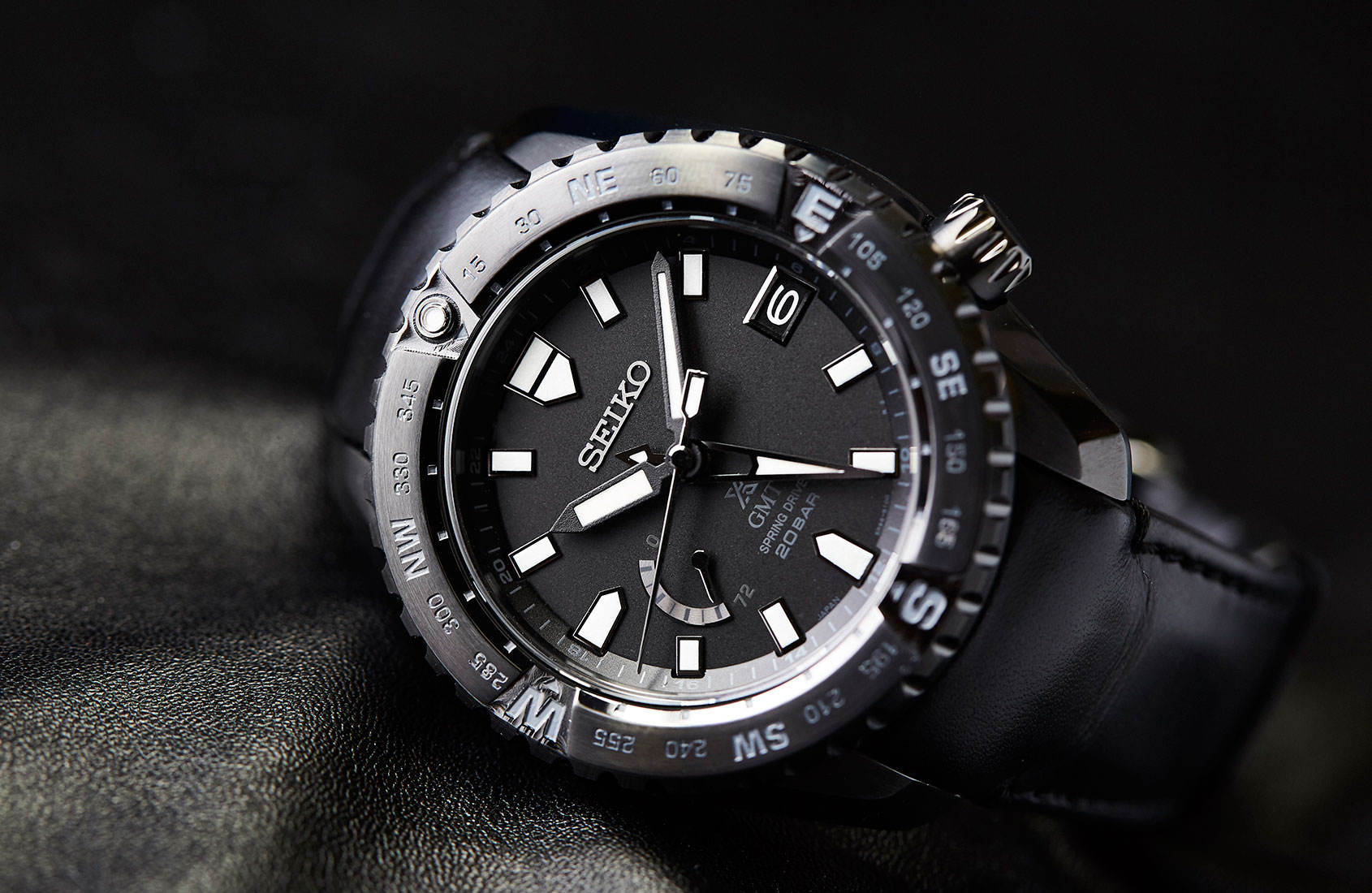 Made to conquer the weekend, this Seiko Prospex has a go-anywhere, do-anything vibe that’s hard to ignore, thanks to a black titanium case, GMT complication and compass bezel. It’s a tactical man’s dream this watch, and if I was in a special-ops unit that existed outside of Call of Duty, this Seiko is what I’d wear. $6950 AUD. 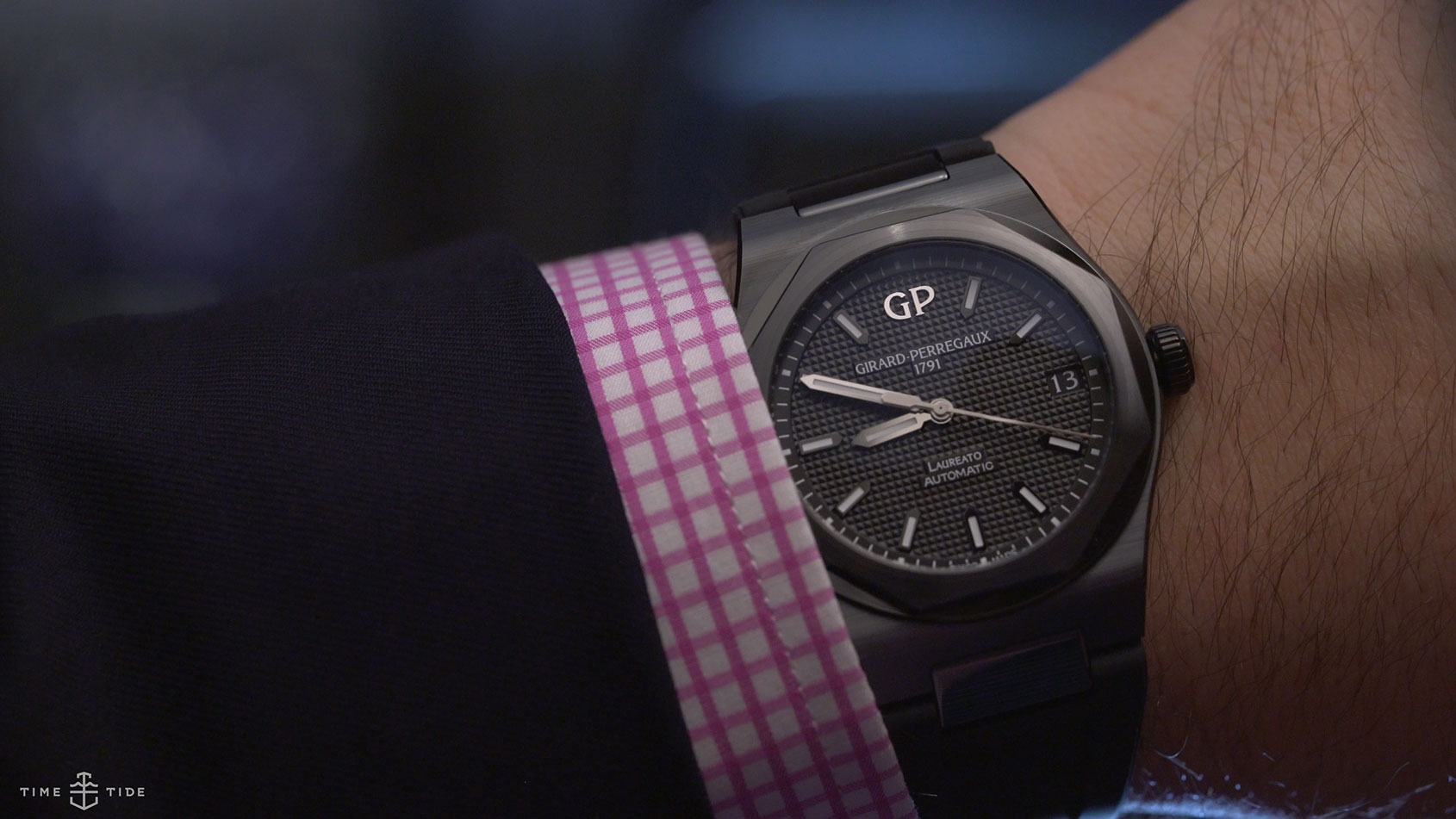 GP’s take on an all black Laureato had us wanting more when it was unveiled at SIHH in 2018. For many, the stealthy makeover of the classic luxury steel sports watch was one of the highlights of the show, and I totally understand why. $19,250 AUD. 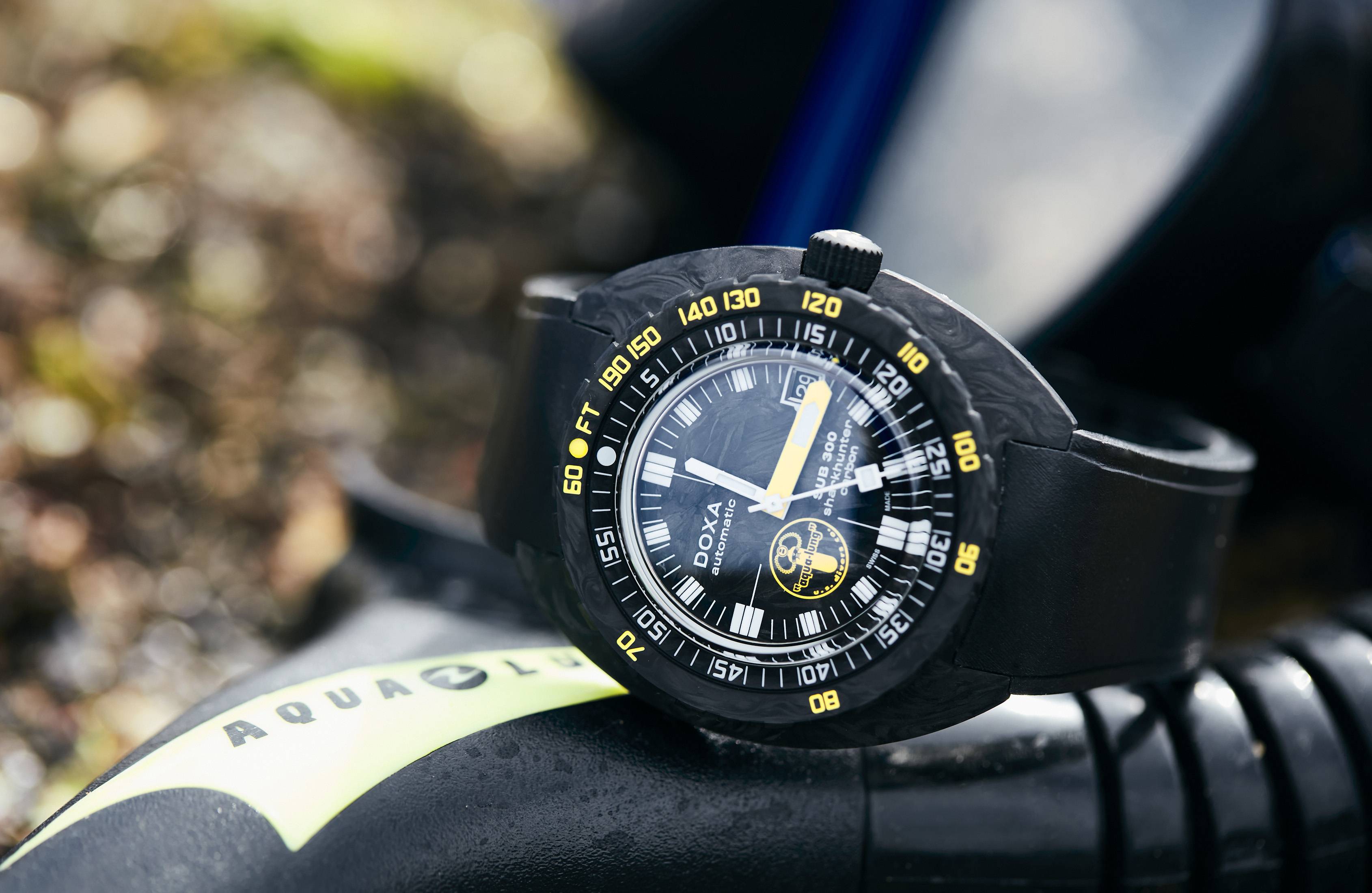 Hot off the press and causing serious waves, DOXA’s new SUB 300 Carbon Aqua Lung US Divers Limited Edition is such a unique twist on the classic diver. And yes, it is a little more flamboyant than its all-black allies thanks to that bumblebee colour scheme that fired the buzz around it. It’s also somewhat of an anomaly – we can’t think of a single other timepiece like it for the money. The forged carbon monocoque case is brilliant, and the whole watch weighs just 87 grams, which is absurd for a timepiece that also has 300 metres of water resistance. Limited to 300 pieces worldwide and sure to sell out quickly, hit this link to buy while stocks last. $7690 AUD.

Think that’s it? Well, guess again, there’s plenty more blacked-out timepieces where that came from. Watch this space for Part 2 of Time+Tide’s The Black List, which will drop tomorrow.