In part three of our epic digital Baselworld event, Time+Tide’s Andrew McUtchen and Luke Benedictus spoke with Aussie swimming legend Michael Klim. Our timing was perfect, as Michael has just been inducted into the International Swimming Hall of Fame as part of Class of 2020. Swimmingworldmagazine.com reports that “Michael Klim has been called the best relay swimmer ever”. He is a three-time Olympian, multi-time world champion and 21-time world record holder. Congratulations Klimmy! The Olympic gold medallist and all-round legend spoke to Andrew and Luke about some of the antics the trio got up to at the 2016 Rio Olympics.

Klimmy may have just about everything when it comes to awards and recognition, but the one thing he doesn’t have is a watch suitable for free-diving. In the video, he mentioned he was in the market for a new watch, something that could handle the pressure under water, something capable and robust … in other words, a diver’s watch. 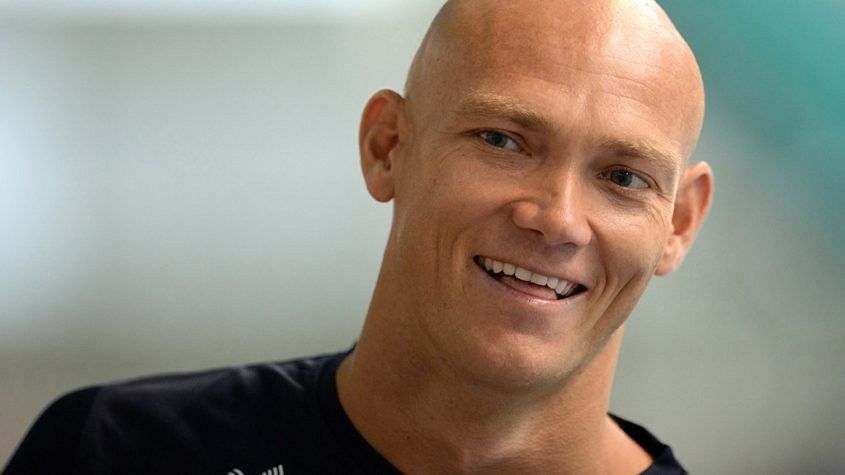 The great man, and the best relay swimmer ever, officially, Michael Klim.

So we reached out to you guys to see which amphibious timepiece the swimming hero should be looking at, and this is what you said: 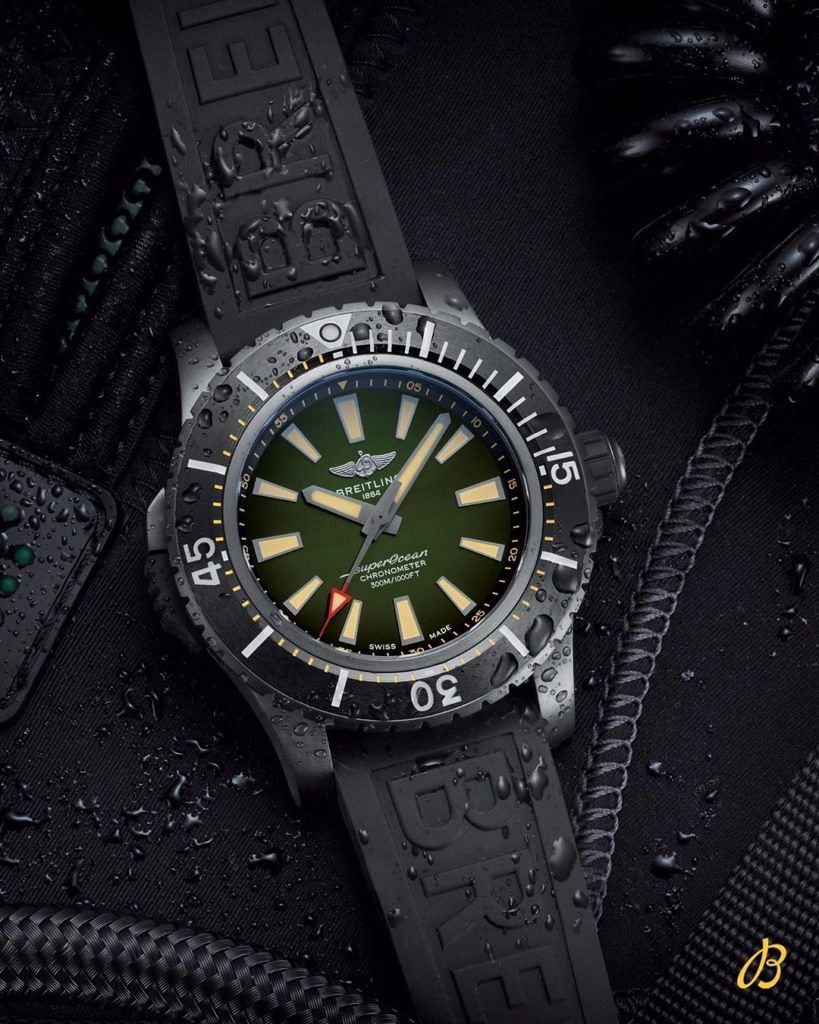 As some of you accurately pointed out, the big dog of butterfly himself said it: “I’ve never had a Breitling before, and I’d love one one day.” Well, Klimmy, look no further than the Breitling Superocean 48 in black titanium with green dial. Waterproof to 300 metres, this watch will more than adequately endure the pressures of free diving, and thanks to a solid, yet lightweight, 48mm titanium case, it’s going to be more than tough enough to take the occasional bang and/or ding. According to the Olympic champ’s Wikipedia page, “A little-known fact about Michael Klim is that his last name spelt backwards is Milk”. That’s quite a profound/revelatory insight, especially considering his company is called Milk…?? Monocle emojis aside, let’s use it as a segue, and go for a dive watch with a beautiful, milky white dial? This iteration of the iconic SMP is a fan favourite, because white dials pop like crazy. We’d recommend Klimmy go for the rubber strap rather than the steel bracelet – it will make for a more comfortable and diver-friendly companion on the wrist. Longines’ HydroConquest was another fit-for-purpose dive watch that some of you recommended, and it’s a great suggestion. Given that Klim measures in at 191cm (6ft3in), the large and in charge 43mm variant of the HydroConquest would be the way to go. We’d also probably say to go for the Khaki Green model on rubber that’s just come out – that is a brilliant watch.

No list of dive watch recommendations would be complete without mentioning Rolex. And among the Big Crown’s prolific catalogue of amphibious timepieces, this, the James or Jim Cameron variant of the Deepsea, is the one that a fair few of you out there recommended for Klimmy. Replete with its now iconic D-Blue dial and green “Deepsea” lettering, this would be a brilliant watch for absolutely anyone embarking on some underwater exploration. Why? Well, it’s built like a Panzer tank, thanks to its excellent Oystersteel case and Cerachrom bezel. Oh, and it is waterproof to 3900 metres … let’s just say that again, three thousand nine hundred metres or, in other words, nearly 4 kilometres straight down. And if anyone could get that deep on a free-dive, it’s this superhero right here. Go, Klimmy!