Whether he’s playing a hard-partying surgeon in Doctor Doctor or a bewildered zombie in Glitch, Rodger Corser is a square-jawed fixture on Australian TV. But he’s also a serious watch guy. So when Channel 9 travel show Postcards asked him to pick his favourite Melbourne venues, we were humbled that he picked Time+Tide.

“I’m part of the watch community Time+Tide Club,” he told host Shane Crawford. “I really liked the craftsmanship that goes into a watch and the fact they work for all budgets — you can have a great $500 watch or go all out with the big stuff.” 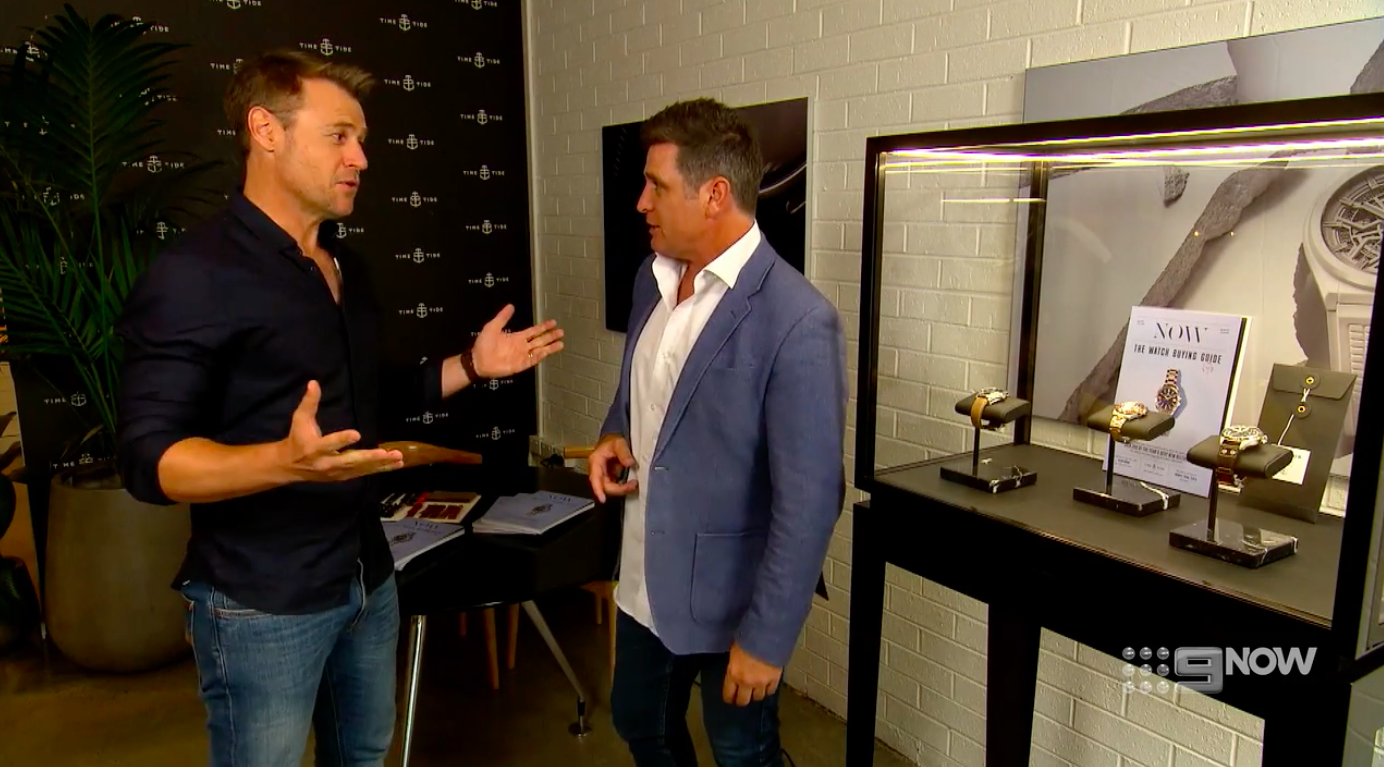 Noting with justifiable horror that Shane wasn’t wearing a watch, Rodger then urged him to buy one of T+T’s new DOXA range. “They’re the brand for you,” he insisted. “They’re a little bit flashy, they’re robust, they’re cheeky and they’re colourful.”

Rodger, if a role ever comes up as watch salesman, we reckon you’ll knock it out of the park.

NB – Time+Tide does not sell used timepieces as stated in the clip.