Editor’s note: This is part 2 of a long read from the second edition of NOW Magazine, which you can pick up here. If you missed Part 1, you can find it right here. The story so far is a space race between America, Switzerland and Japan as they sought to manufacture battery powered quartz watches at scale.

On Christmas Day in 1969, Seiko beat both the Americans and the Swiss to the quartz punch when they released the gold-cased Astron. But while quartz was now on the scene, digital watches were en vogue, even gracing the wrist of James Bond when Roger Moore wore a Hamilton Pulsar P2 in the 1973 film Live And Let Die. Digital watches with either LED (Light Emitting Diode) or later LCD (Liquid Crystal Display) time displays also opened the doors for electronics companies such as Hewlett-Packard, Motorola and Texas Instruments to make watches, further squeezing the Swiss watchmaking companies. 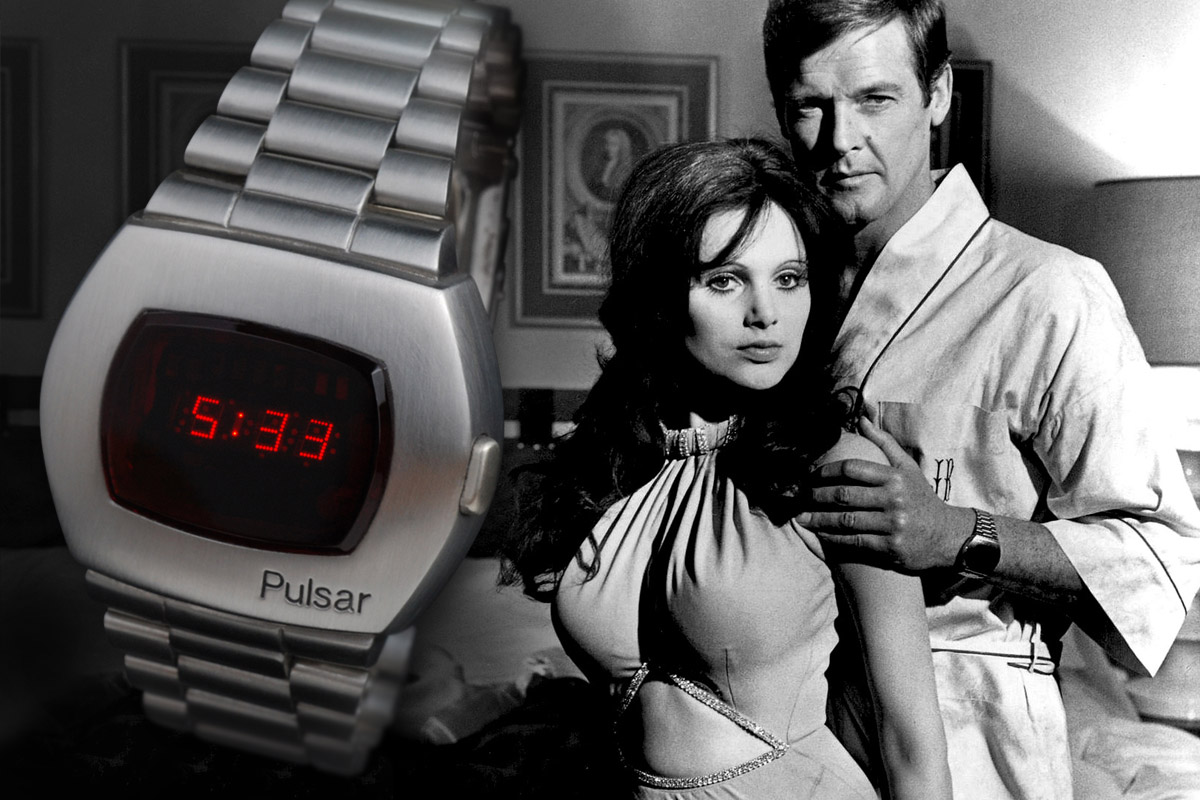 By 1978, it was all biting. The Swiss watch industry was in very serious trouble, and the move was made to restructure the industry, creating a scenario straight out of a Management Consulting textbook. This environment of necessarily aggressive mergers and acquisitions saw the rise of legends such as Nicolas G. Hayek Sr, Ernst Thomke and eventually Jean-Claude Biver. While these men all worked to re-establish the luxury segment of the Swiss watch industry, Hayek and Thomke planned to capitalise on the affordable angle of the quartz watch, a plan that came to fruition in 1983 with the birth of the Swatch watch, with ‘Swatch’ being a contraction of ‘secondary watch’ – meaning that the wearer could change their watch depending on their mood, outfit and colour scheme for the day. 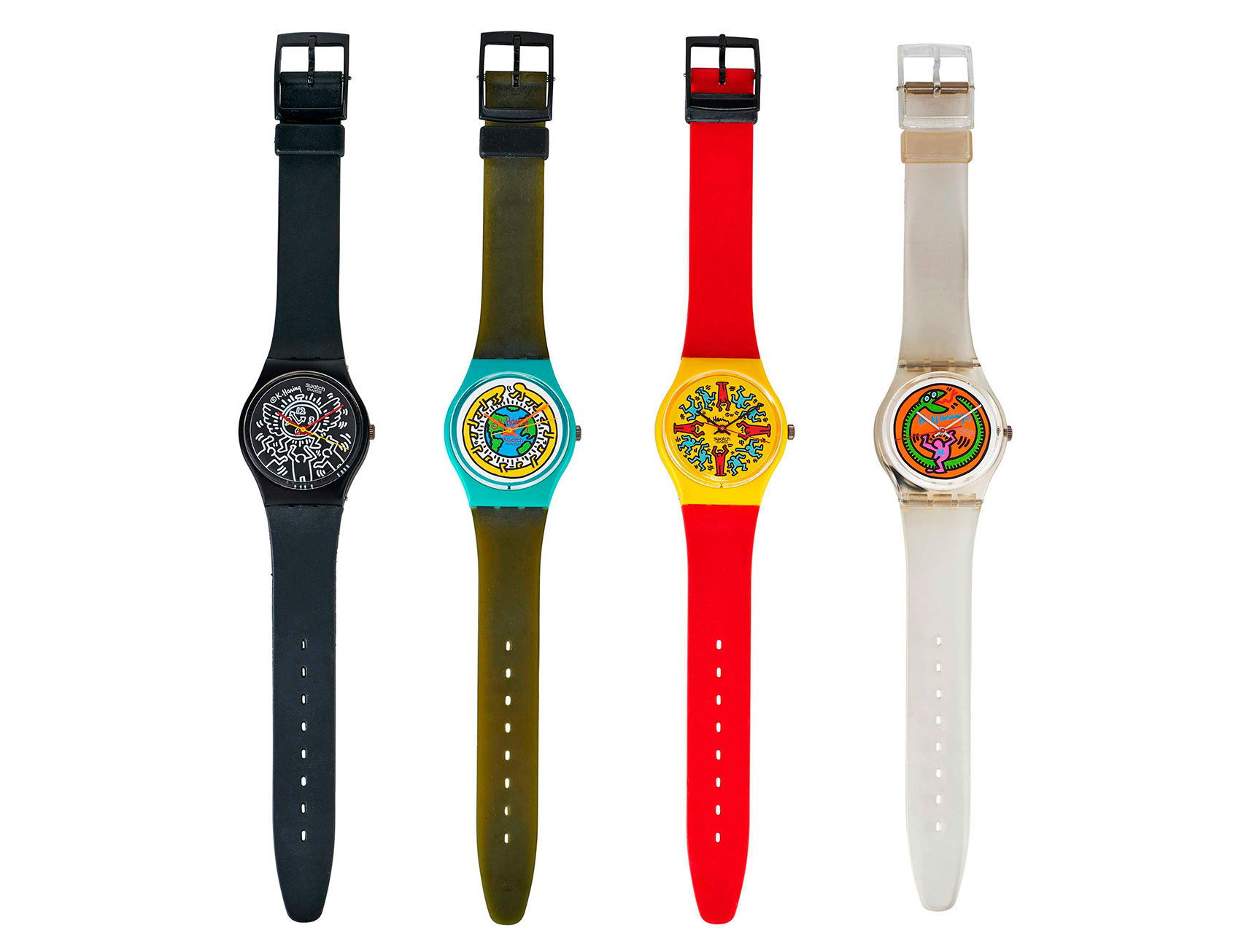 Swatch watches from the 1980s.

The Swatch launch marked the turning point in the quartz crisis – and its appeal endures with Swatch watches still selling in their tens of millions annually – but a devastating toll had already been taken, with the production of Swiss watches being sliced in half over the preceding decade. The worst had been endured, and sales were back on the rise, through an impressive turnaround with Hayek and Thomke at the helm.

A decade and a half after the first production quartz wristwatch was released, the Swiss watch industry hit scale production of quartz wristwatches themselves. The ship’s course had been righted after a U-turn only slightly less agile than the Queen Mary 2, but once it was travelling in the right direction, it gained titanic momentum. 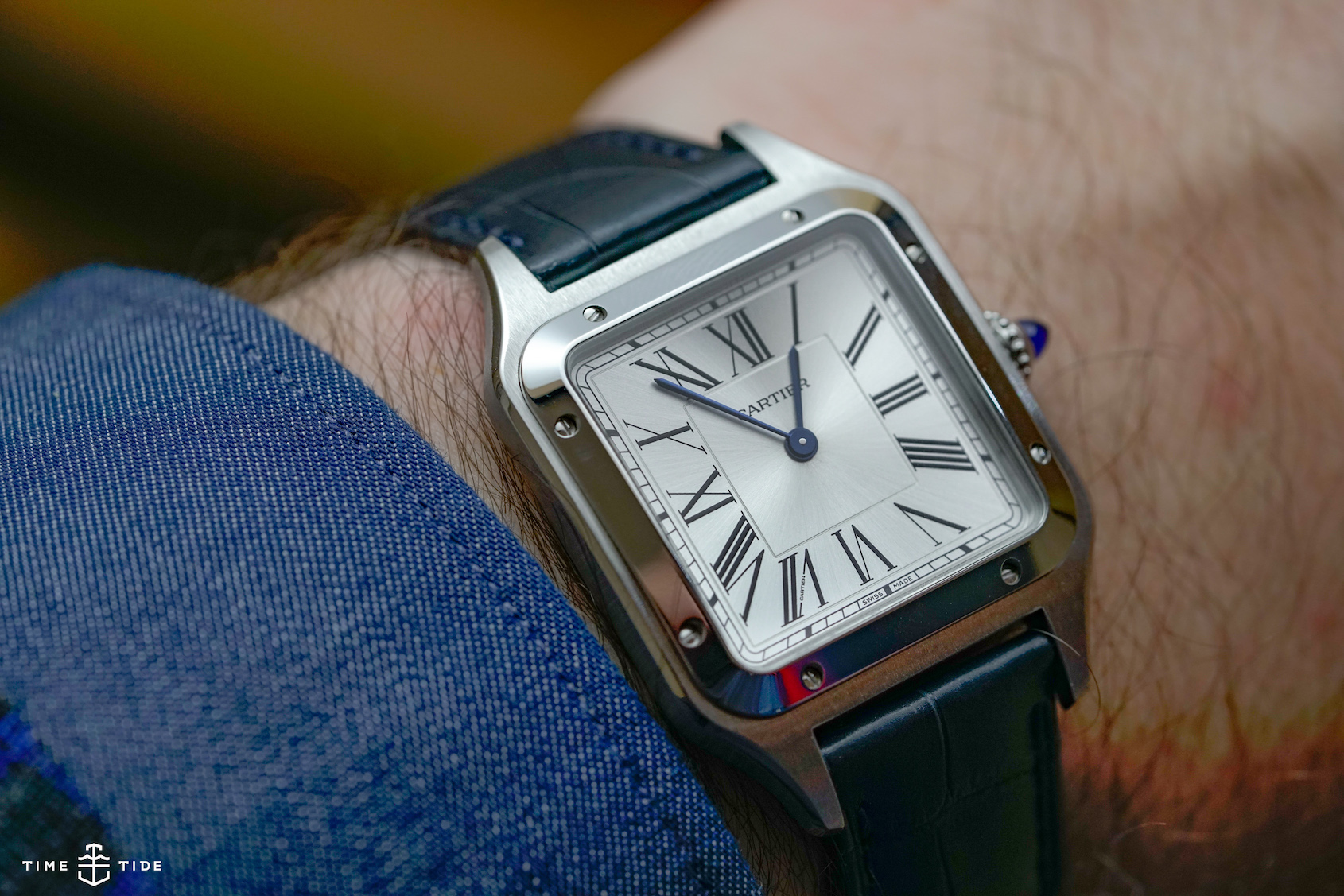 The Cartier Santos-Dumont, released at SIHH 2019, offering classic design and a quartz movement with 6 years of battery life.

With the whole watchmaking world putting their resources and energy into quartz watchmaking, progress was made in leaps and bounds. Watch companies were quickly able to integrate complications into their quartz movements, including chronographs, additional time zones, alarm functions and even diving depth sensors. But in this broader functionality, quartz watches were also chasing perfection in precision, with high-accuracy quartz watches being produced from as early as 1971. Today, a spectrum of functions are an expectation when it comes to quartz watches, but people are increasingly happy to spend on quartz watches that boast long battery life and extreme accuracy.

In 2018, Citizen teased the watch world with a prototype quartz pocket watch that was accurate to ± 1 second per year. Housed inside the synthetic sapphire crystal case was the Caliber 0100, a solar-powered movement that took the title of one of the most (if not the most) accurate movements ever made. It was 12 months later, at Baselworld 2019, that Citizen released the watch that everyone was hoping for – a Caliber 0100 that you could wear on your wrist. It was released in three different versions, the most compelling of which was made in white gold with a creamy dial, and priced at USD $16,800. 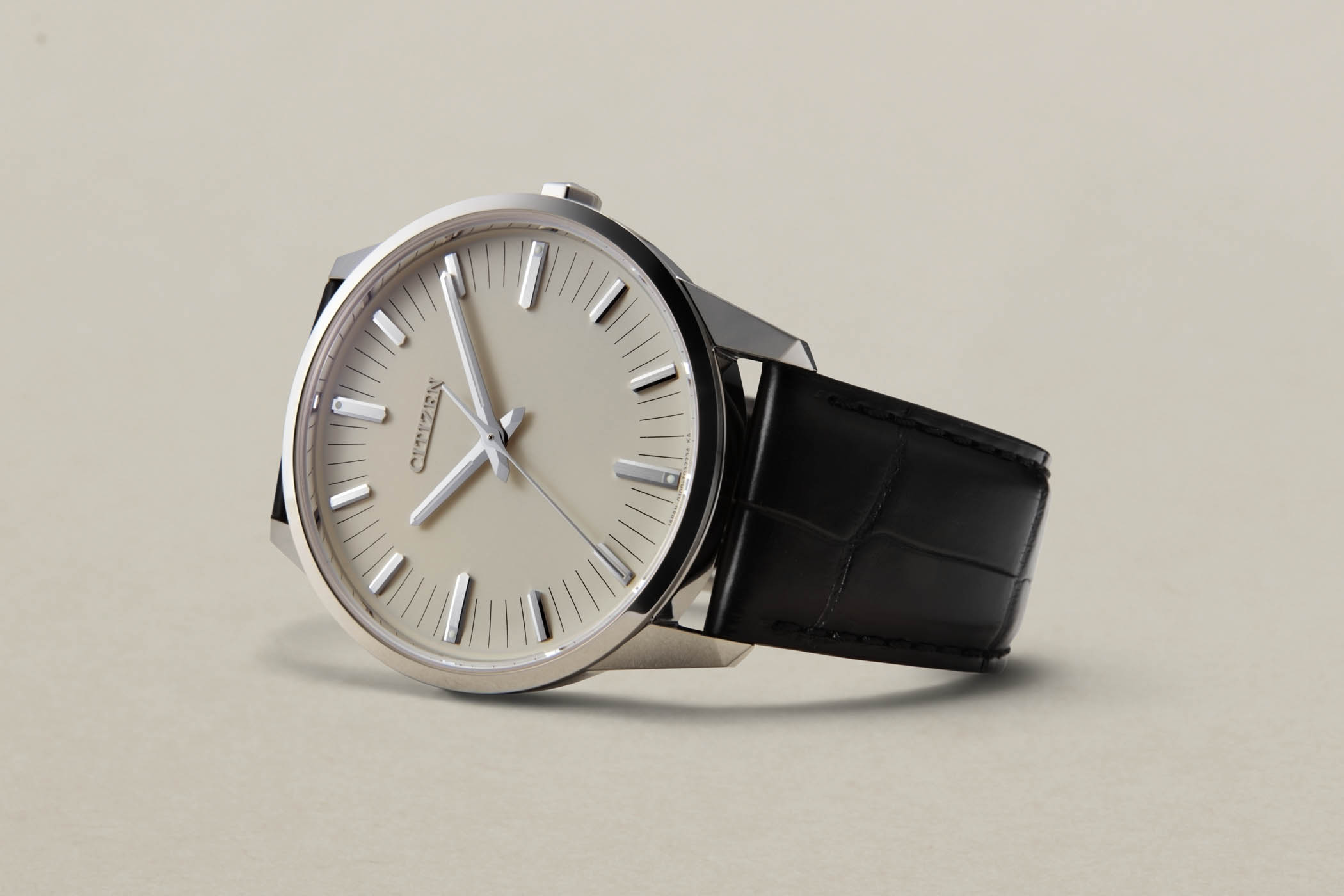 The Citizen Caliber 0100 released in 2019 is the world’s most accurate quartz watch.

This release is indicative of brands experiencing a growing confidence in consumer appreciation for quartz watches, as well as an acknowledgement that the educated consumer is willing to spend for a technological point of difference. While over the last several decades quartz watches have been pitched at the lower end of the market in terms of both price point and sophistication, brands are now designing their high-end quartz watches as much for the collector community, who tend to focus their attention on the most interesting watches in terms of technology and design. Little brother quartz, merely 50 years old, compared to its family of timekeeping forebears stretching back hundreds of years, is now not only accepted at the horological table – it’s proving to be one of the most exciting corners of the dinner party.

Collectors Vs. Quartz: The Verdict

Collectors and luminaries such as James Dowling, Kristian Haagen, Matt Hranek and Jean-Claude Biver all answer one simple question: “What do you think of quartz watches, and would you buy a high-end quartz watch?”

James Dowling – Author, collector, can be found at @misterrolex

“I am a firm advocate of quartz, and always have been – my belief is that it is the single most important development of the 20th century in horology. Not only would I buy a high-end quartz watch, I already have, as I own examples of the complete Rolex Oysterquartz range and a couple of examples of Seiko watches using the 9F movement.” 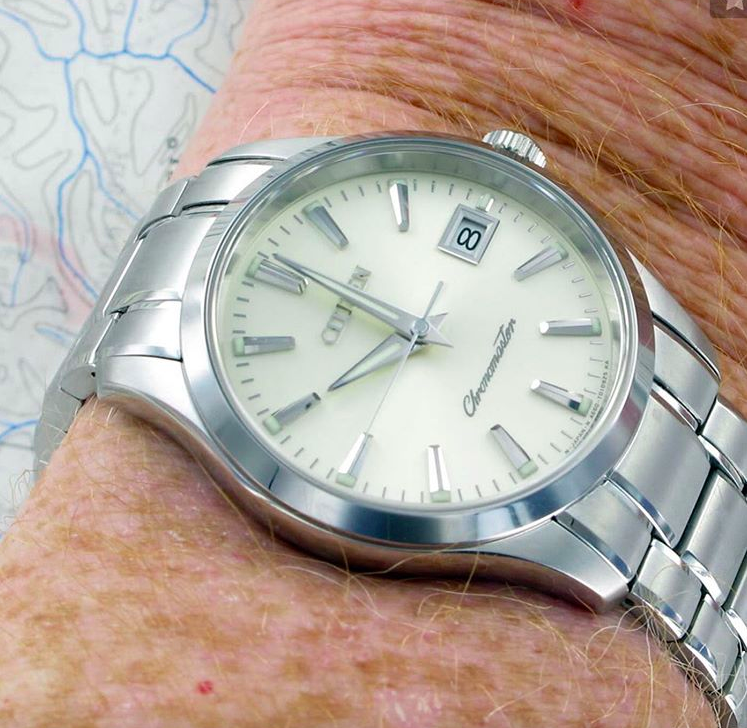 An image from James Dowling’s Instagram account, showing him wearing the Citizen Chronomaster, powered by the A660 movement that is accurate to +/-5 seconds per year. Image: @misterrolex

“I have never looked down on quartz. I remember when I was a kid and my love was Swatch and Casio G-Shock. I appreciate what Daniel Wellington did to a generation that we thought would never wear a traditional watch again. Without the quartz movement DW would never have convinced millions of youngsters that wearing a watch on your wrist was cool.” 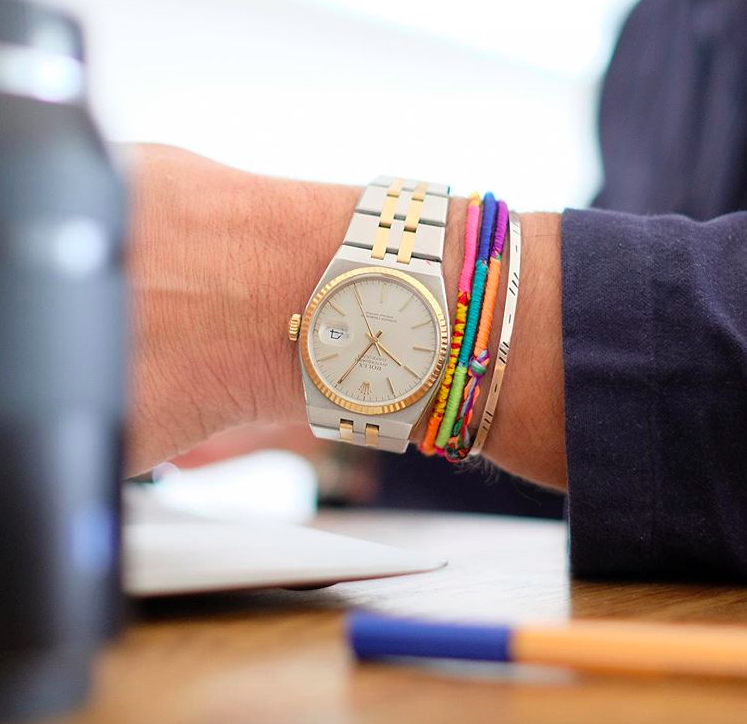 “The only quartz watch I would want to own is the ’70s Rolex Quartz in gold. I like its history in the watch world (and how it almost changed the face of the mechanical watch industry) and the bracelet design is so nice with that almost flat link.” 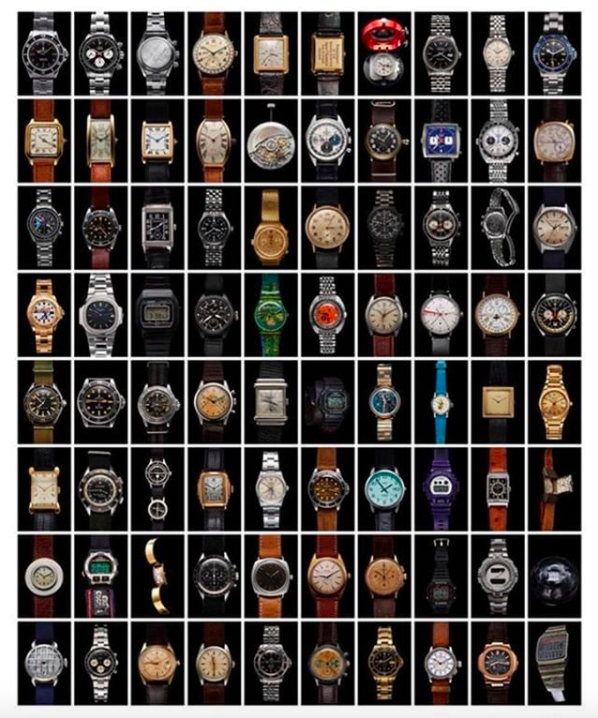 Matt is passionate about watches, but also the stories of the people who own them. Image: wmbrownproject

“There is nothing wrong with quartz watches, even at $2000 or more. It’s just a question of taste and a cultural approach. What is great is that everyone can choose depending on their taste, their approach to art, and their budget.” 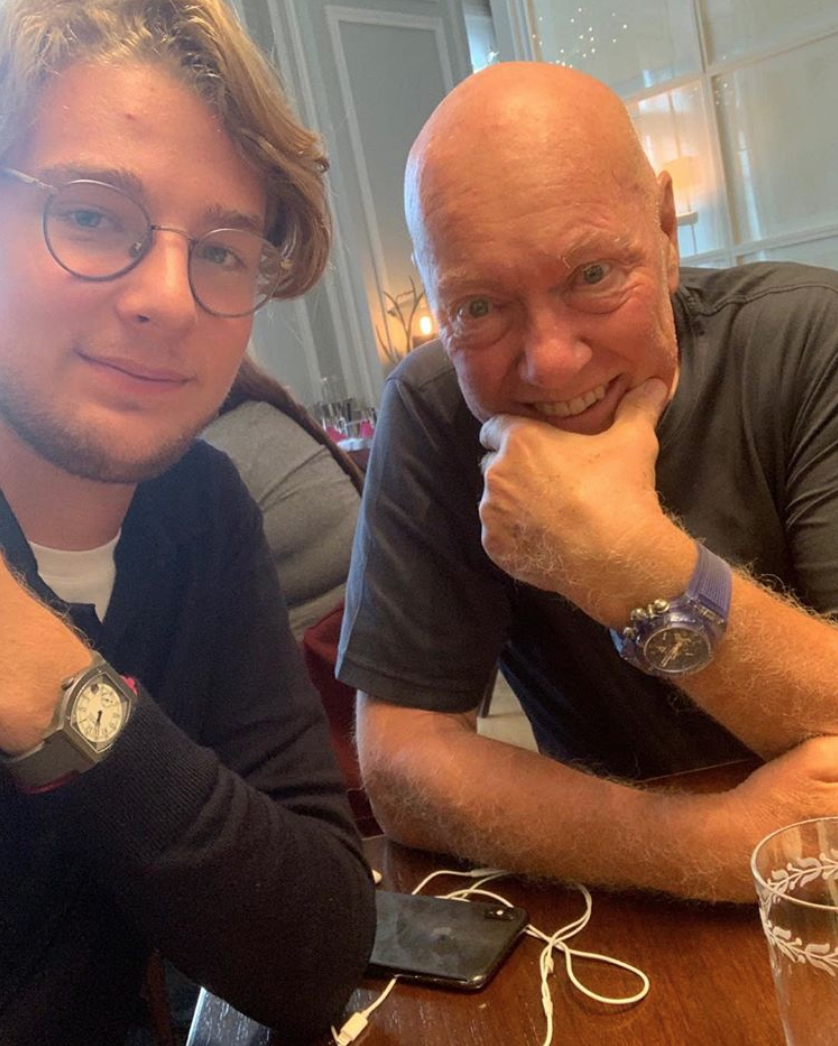