7 of the best left-handed watches for long-suffering southpaws

Being a left-hander ain’t easy. While struggle might be overstating it slightly, there are constant daily reminders to the 10 per cent of the population who are southpaws that we are living in a right-handed world. Using a fountain pen is likely to result in an inky mess, and don’t get me started on scissors. Can openers require a flexibility warmup before use, and the number keys on the right side of a computer keyboard are pretty much useless to us. 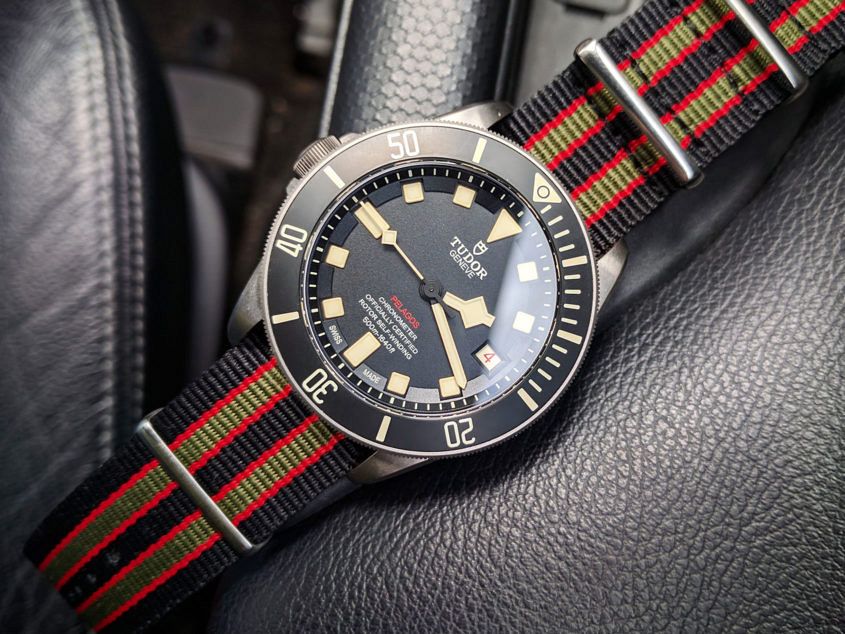 In recognition of the quotidian frustrations we deal with on a daily basis, today (Thursday the 13th for those who have lost track in lockdown) is International Left Handers Day, and we thought it was the perfect opportunity to take a closer look at the watches designed to be worn on the right wrist, of which there are some absolute classics. 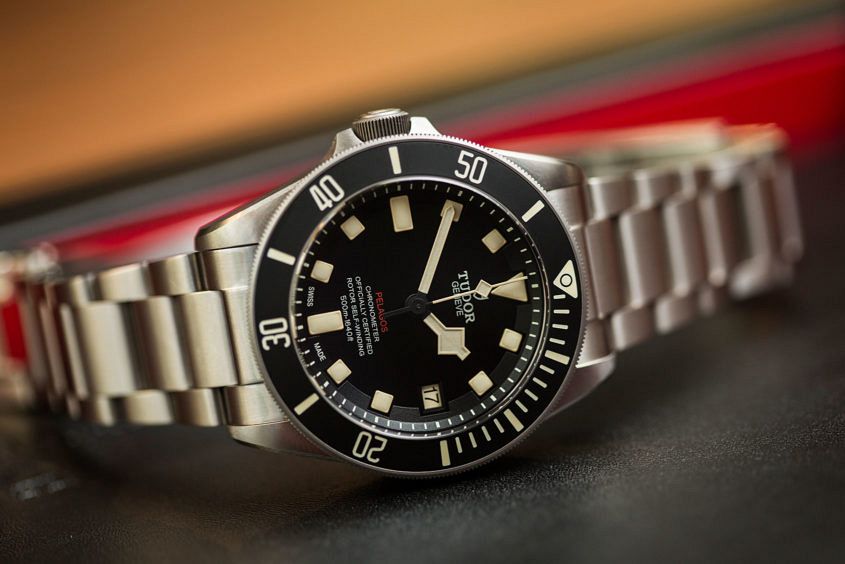 This might be the most well-known left-handed watch in the watch community at the moment, and for good reason. It’s a great watch on so many levels. Featuring a 42mm titanium case, 500m of water resistance and Tudor’s own in-house caliber MT5612-LHD, this watch also has some great history behind it. From 1970, Tudor produced their ref. 9401 Submariner with a crown on the left side of the case at the request of the French Navy. 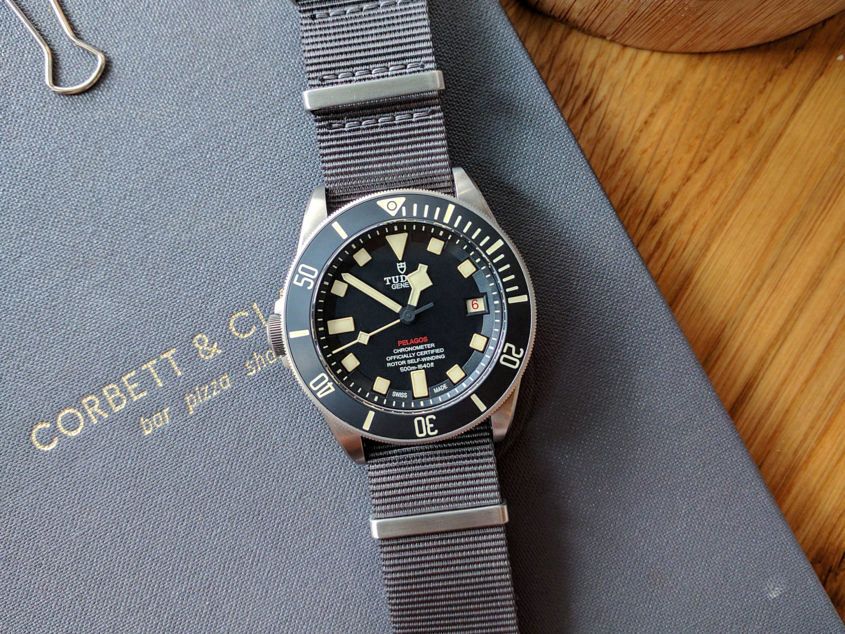 This was to prevent the crown digging into the back of divers’ wrists, and for allowing other diving instruments to be worn on their left wrists instead of a watch. The Tudor Pelagos LHD was first released in 2015, and remains one of the most interesting offerings from the brand. Price: AUD$6250 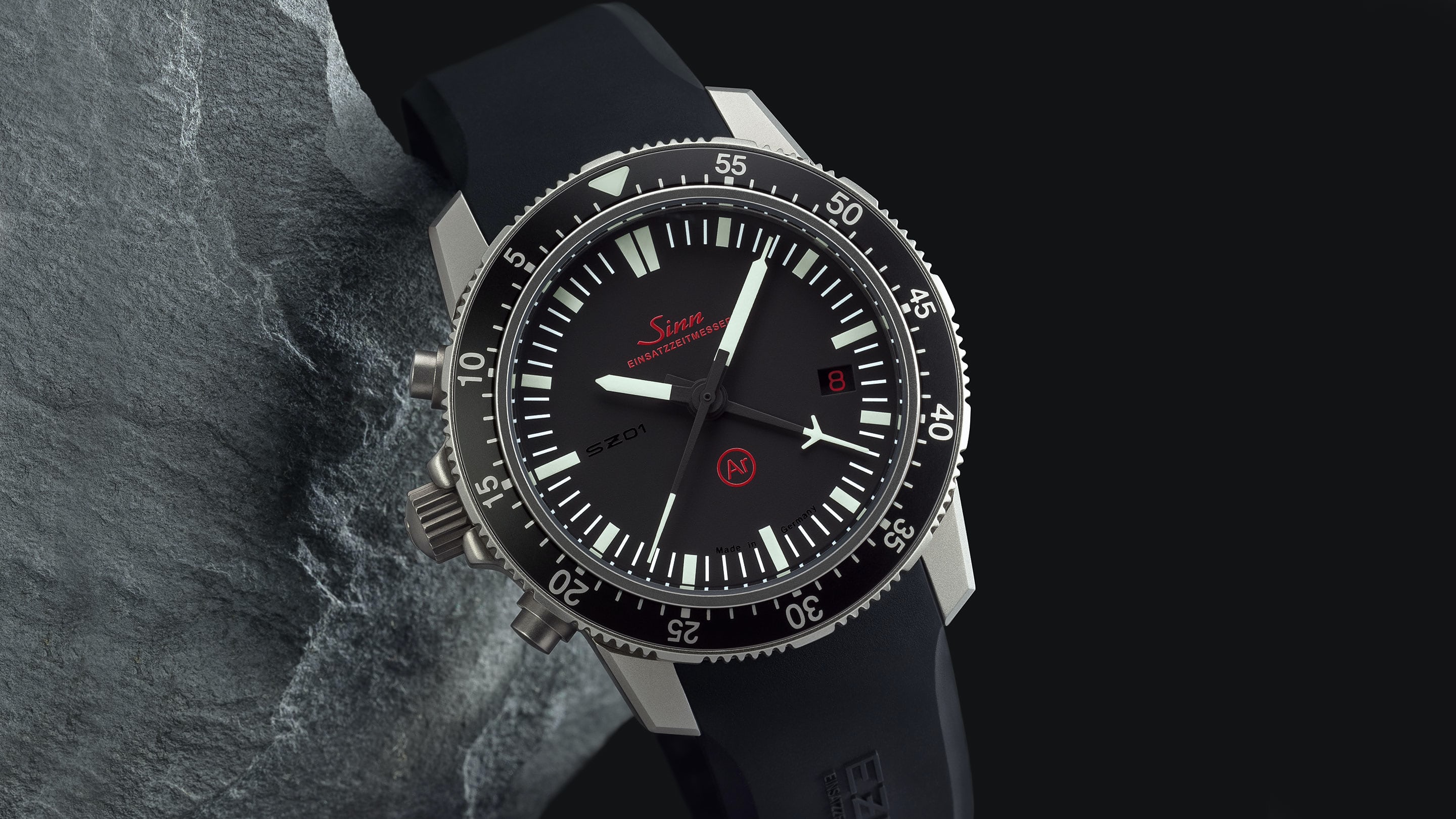 Sinn produce a number of left-handed watches, but this chronograph is one of the most idiosyncratic. It’s a 500-piece limited edition, and it certainly isn’t a small watch, at 43mm across and 16.4mm thick, but the typical utilitarian design from Sinn leaves no question that this is a serious tool watch. It is powered by the caliber SZ01, a modified Valjoux 7750 that has a 42-hour power reserve. Price: US$4860 at time of release. 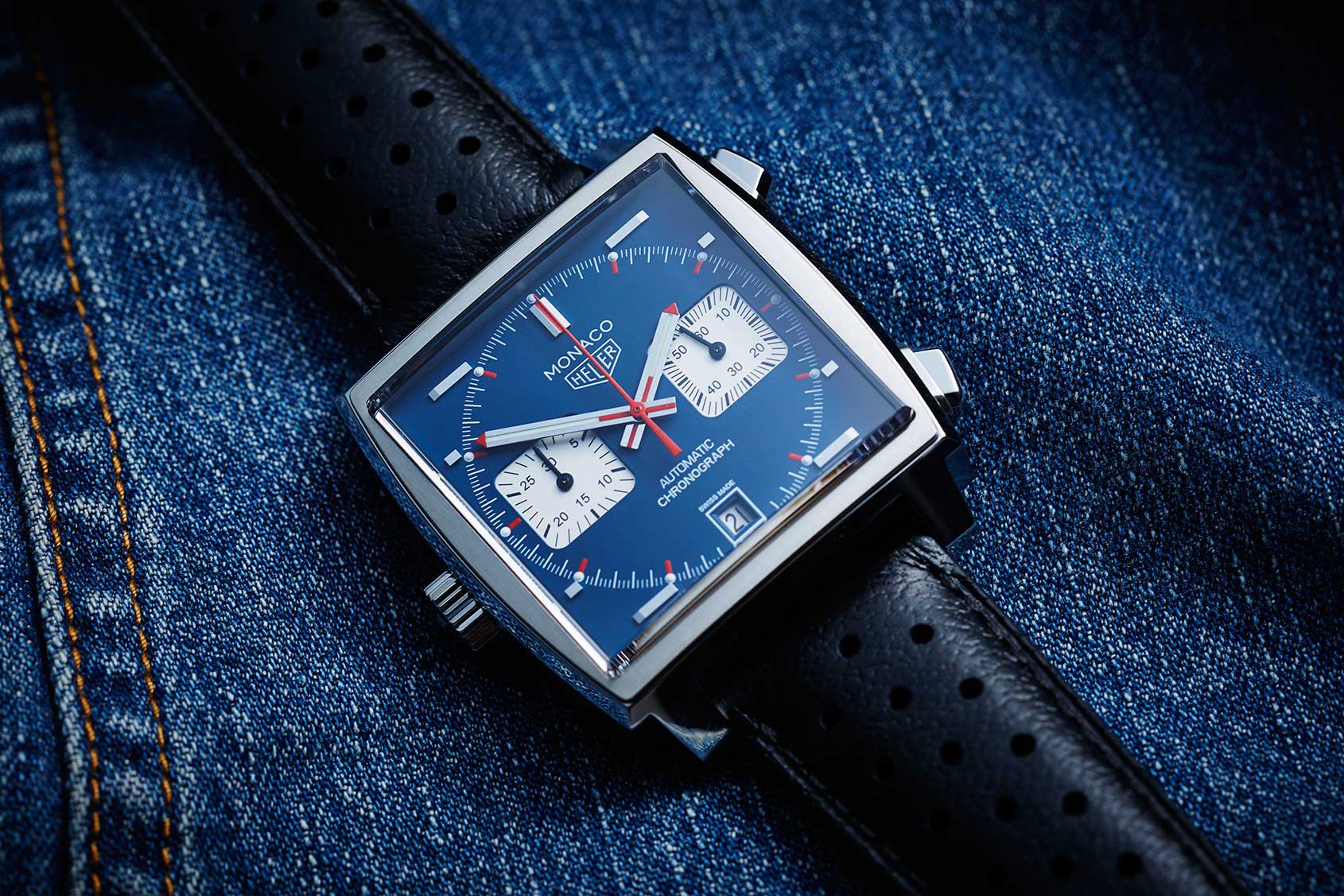 The TAG Heuer Monaco has well and truly earned its place as an icon in the horological hall of fame, as the versatile choice of the legendary Steve McQueen. This square chronograph, which finds itself so closely linked to motorsports history, was made in a left-handed version that actually offers a visual balance that is missing from the right-hand crown. The blue dial, contrasting white sub-dials and pops of red across the face of the watch make for one of the best-looking watches on the market today. Price: AUD$9200

If you’re in the market for a big, bold, bulletproof diving watch, this reference from Citizen should be right up your alley. Measuring a hockey-puck-esque 48mm in diameter, it features 300m of water resistance, a solar-powered movement that doesn’t need battery changes, and a comfortable rubber strap. Price: US$396 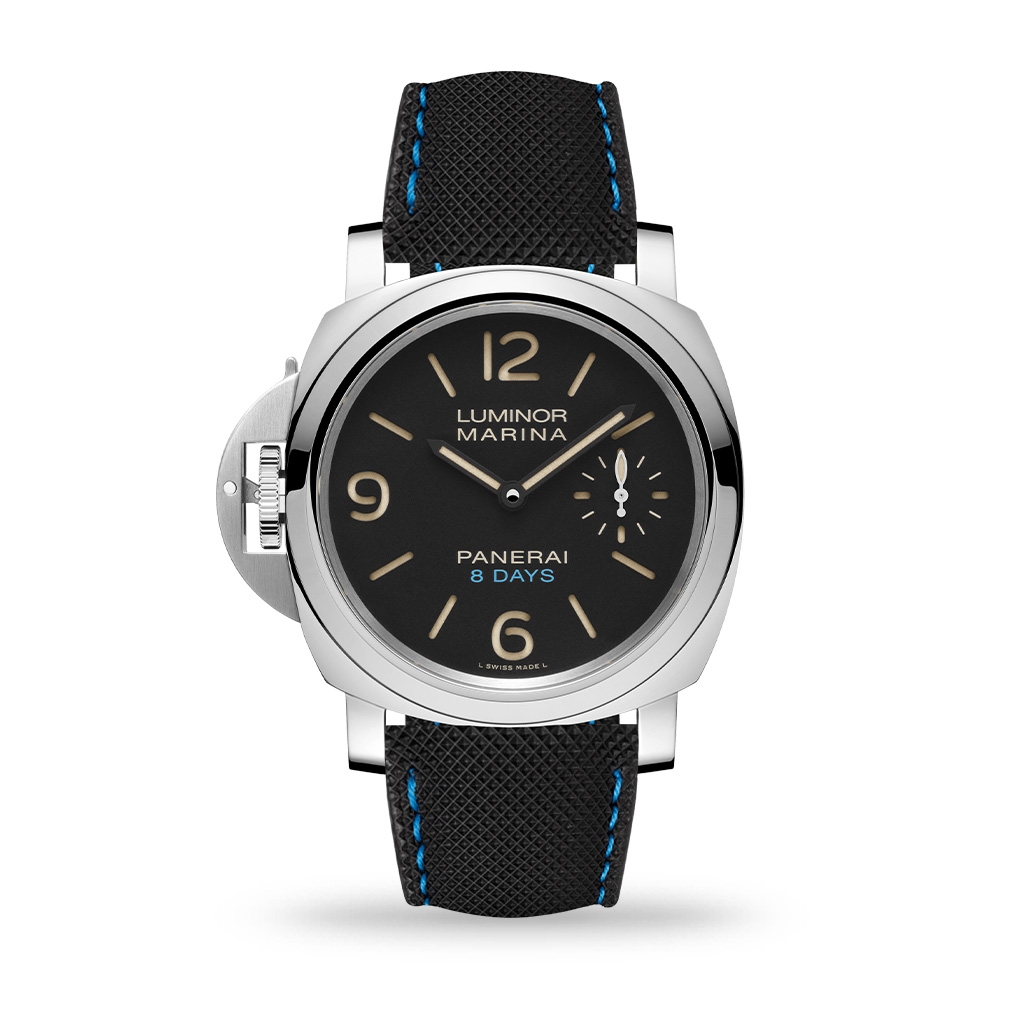 Featuring the instantly recognisable Italian design, the Panerai Luminor Left-Handed 8 Days PAM00796 was born to live its life on the right wrist. The case is made from 316L stainless steel and measures 44mm in diameter for some serious wrist presence. The real star of the show is the movement, the caliber P.5001 that boasts an impressive eight full days of power reserve, and ticks away at 21,600 vph. Price: AUD$10,200

The IWC Big Pilot is an eye-catching watch, both for its finely brushed dial and its hulking size. The famous pilot’s watch collection added another member to its ranks last year, with its crown on the left-hand side. Featuring a slate grey dial, two black sub-dials for running seconds and power reserve, as well as a date aperture at 6 o’clock, it is the full package. While only a limited edition of 250 pieces, it remains an interesting part of the Big Pilot history. Price: AUD$21,200 at time of release. 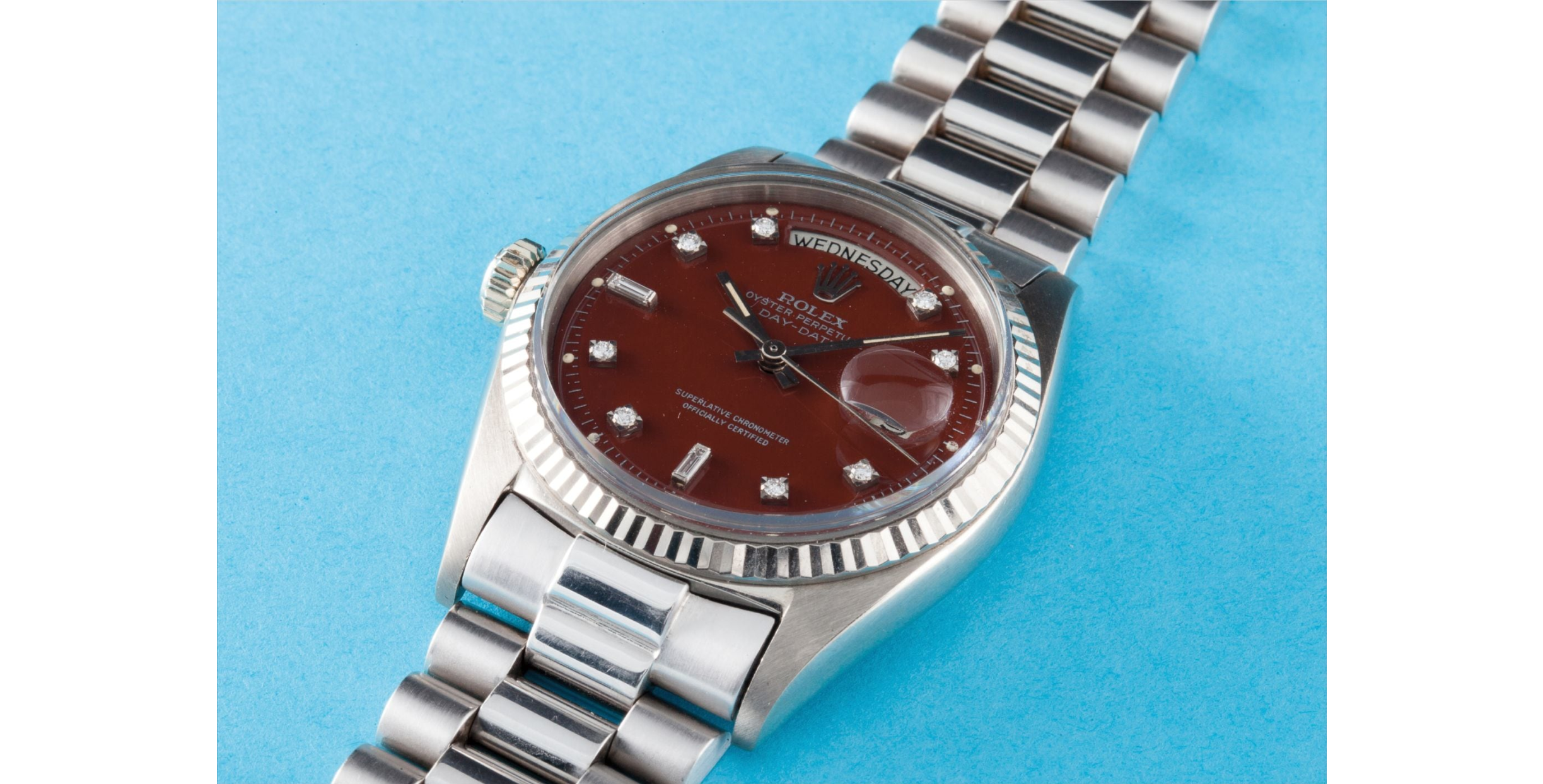 To finish on a fun one (and I have a soft spot for Stella dial Day-Dates), we have this Rolex Day-Date Ref. 1803 with a lacquer dial, diamond indexes and a left-hand crown. According to Phillips, who sold this watch in 2015, “the ‘left-side’ Day-Date is actually unknown to the market”. They go on to elaborate that “until today, this white gold 1803 reference, probably made upon special order by Rolex during the second half of the ’60s, has never appeared in literature”. This makes a vintage lacquer-dial Day-Date, which is already a special watch, even more special, and a possible grail for all left-handers out there. While the watch hasn’t appeared on the market again since it was first sold in 2015, it has been spotted on Instagram on the wrist of a very passionate collector who genuinely has some of the most remarkable watches on the planet. If you like watches, check him out. Price: sold at auction for CHF123,750