Editor’s note: The other day, Nick popped into the office with his latest pick-up, a fairly awesome Seiko with a custom ‘Gator Bowl’ dial, which got me to thinking about custom dials, particularly those with corporate logos. They seemed to have had quite a moment in the past, but that time has definitely passed. And while a lot of people aren’t too keen on these dials, I’m quite a sucker for them. Here’s a story from a while back, where I go into bat for custom dials …

There’s a piece of pop culture folklore that says that when you retire, your employers give you a party and a gold watch. Now, if you were born after 1980, this concept seems like a quaint anachronism from some halcyon economic boom time, where job security was real and employers rewarded long service. But, trust us, we’ve watched Mad Men, back in the day this was actually a thing. And often the watches were personalised with the company logo. In the business, these watches are known as ‘presentation dials’, because, you know, they were presented to someone. And this is where things get weird/awesome. Supermarkets and fast food chains are about as far away from fine Swiss watchmaking as is possible to imagine and, yet, these dials happened. All the time. We tracked down a couple that may make you feel outright queasy, or hungry, depending entirely on you. While they might not have the same cachet as a dial with Tiffany & Co. or COMEX written on it, they do have some interest. 10pastTEN‘s Eric Ku says, “While they’re not particularly rare, these watches are interesting. The logo and nostalgia factor are cool though. When it comes to value I feel that they will appreciate over time, but will always appeal more to Americana lovers than watch collectors.” 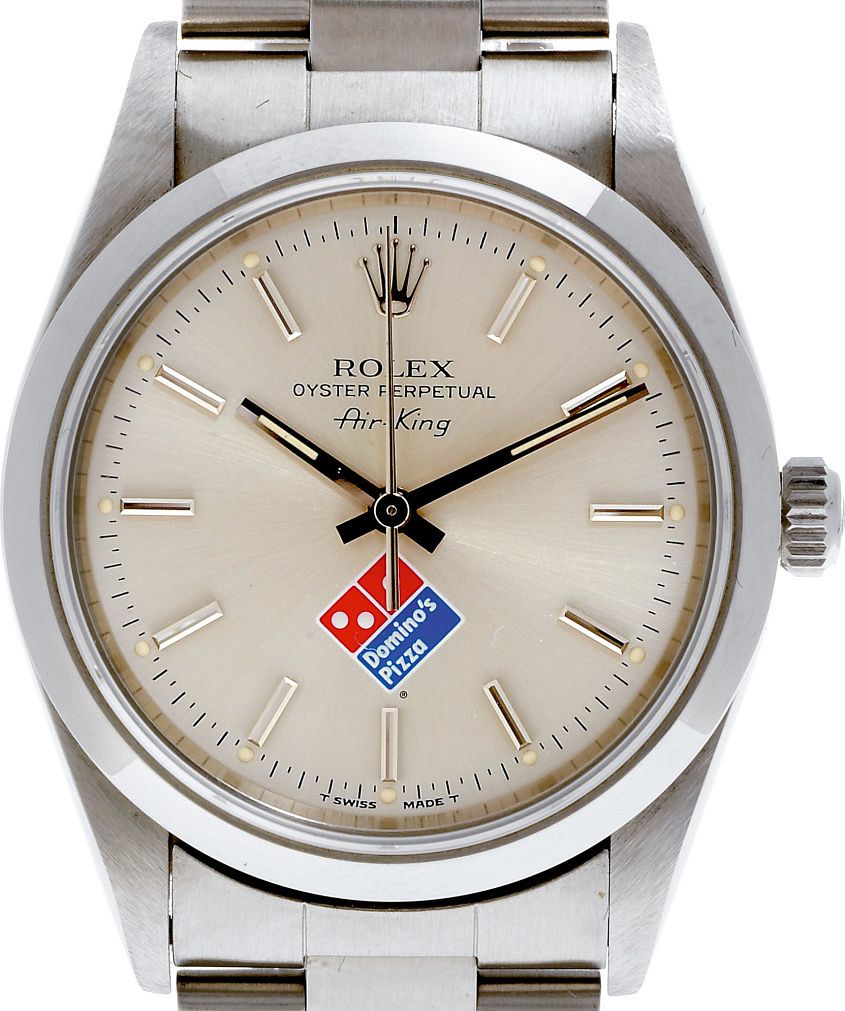 One of the least likely logos to show up on a Rolex watch is that of pizza franchise Domino’s. For many, the pizza chain logo on the dial is the epitome of tack – though it does lead to some excellent puns about pizzas being delivered in 30 minutes or less. To find out the story about these watches, we found Mark Marshall, an actual Domino’s franchisee and proud owner of a Domino’s Air-King. Marshall explains that these watches, which have been around since the early ’60s, are part of a Domino’s incentive policy called ‘The Rolex Challenge’. “Franchisees have to be general managers for a year. Most franchisees and general managers start as drivers or customer service representatives, so the Domino’s Rolex is usually the first or only nice watch we get. It doesn’t matter if collectors like them, the vast majority will never be sold.” So the next time you dismiss these watches as another example of kitsch Americana, consider the hard work it took someone to earn it. 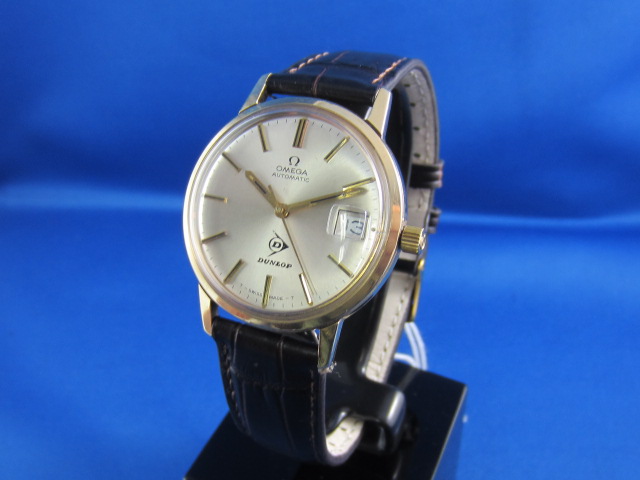 This one goes out to anyone that’s ever owned a pair of Dunlop Volley sneakers. This nice little 9ct gold dress watch was given to one E.A. Hurcombe to recognise 25 years of loyal service, way back in 1975. And as far as logos go, it’s quite discreetly and tastefully done. 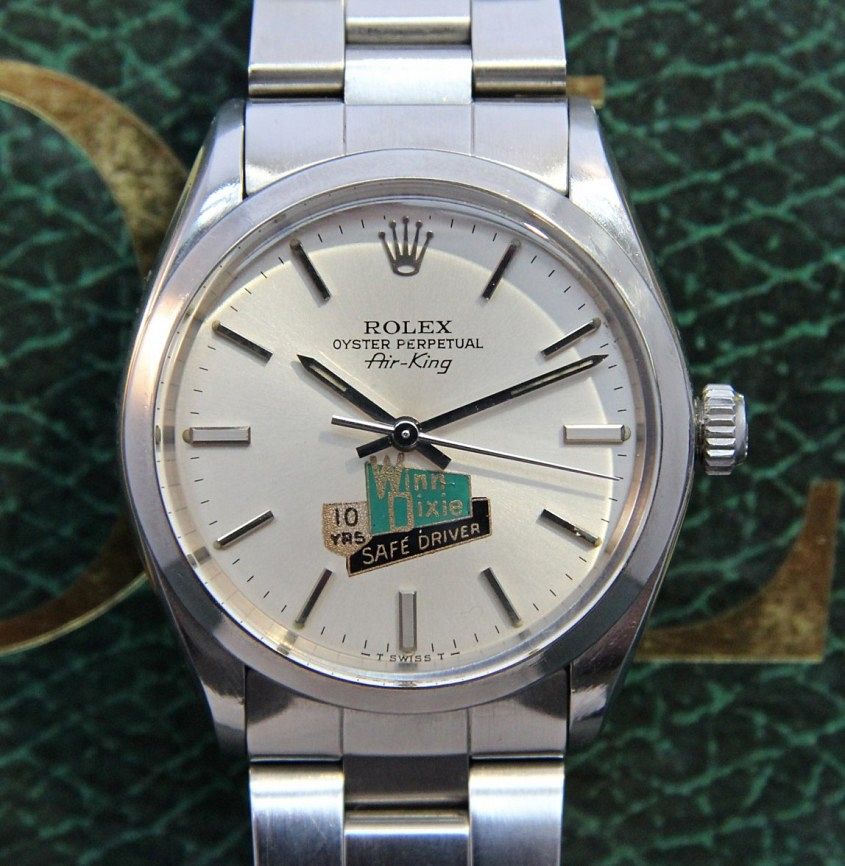 Winn-Dixie is a supermarket chain from the American south, and this Air-King would have been presented to one of their drivers after a decade of hauling produce around without incident. I can’t image Coles or Woolworths ever recognising their employees’ loyalty in such a cool way. 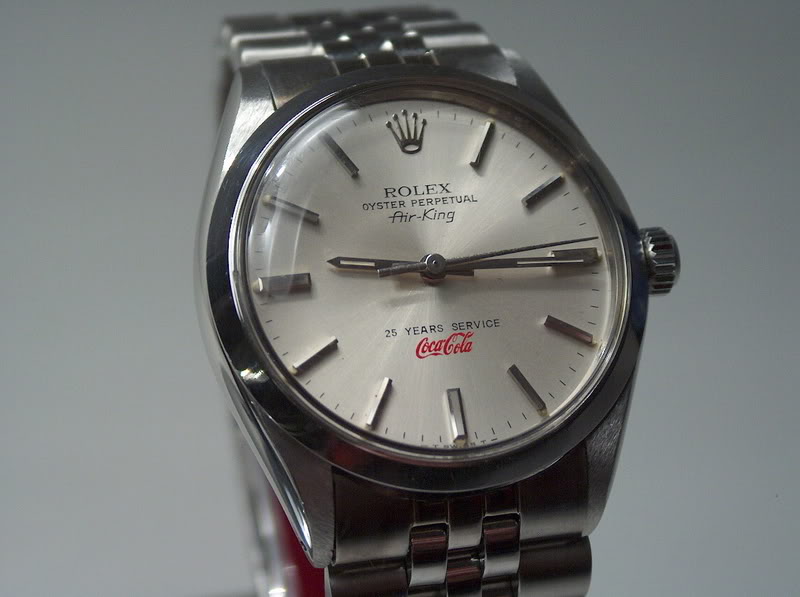 Usually when Rolex fans talk about their ‘Pepsi’ and ‘Coke’, they’re talking about the bezel on their GMT. This Coca-Cola watch is a lot more literal, being given to a company employee for a quarter-century of hard work. Oh, and if you’re wondering why three out of these five watches are Air-Kings it’s because, for most, Rolex is synonymous with quality, and the Air-King has traditionally been the entry point into the collection. 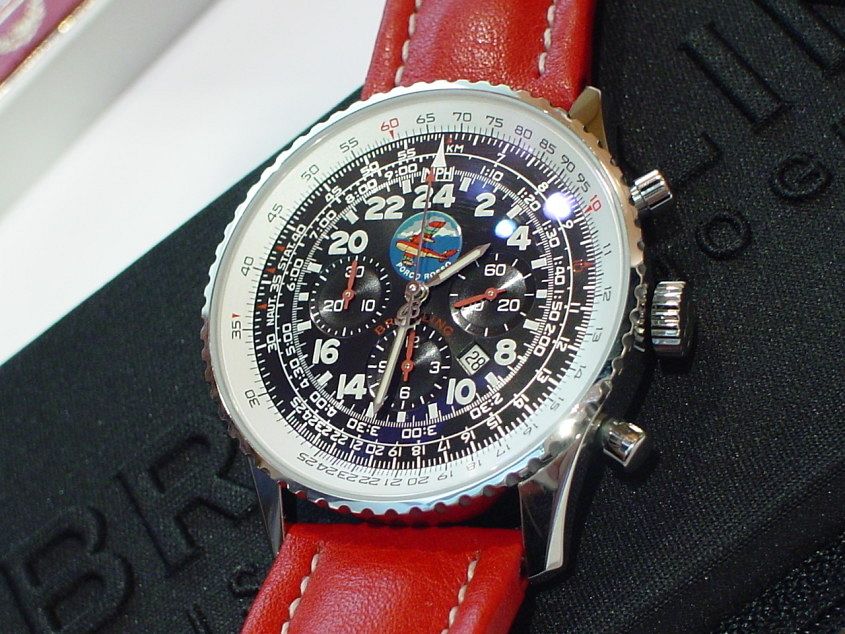 I’ve saved the most intriguing watch for last. It’s a 2001 Breitling Navitimer Cosmonaute with a seaplane from Hayao Miyazaki’s 1992 animated film Porco Rosso on the dial. All I know about this watch is that it was released in an edition of 300. But why? Was it to celebrate the 10th anniversary of the film? Was it an official Breitling release for the Japanese market, or was it a special commission? No one’s really sure, and that’s what makes it so cool.