‘Microbrand’ is one of those contentious watch words — a catch-all term encompassing smaller watch brands typically making, marketing and selling watches outside of the traditional industry pathways. It’s a section of the industry that has come a long way in a little time, and these five players are some of the most interesting players in the space right now … 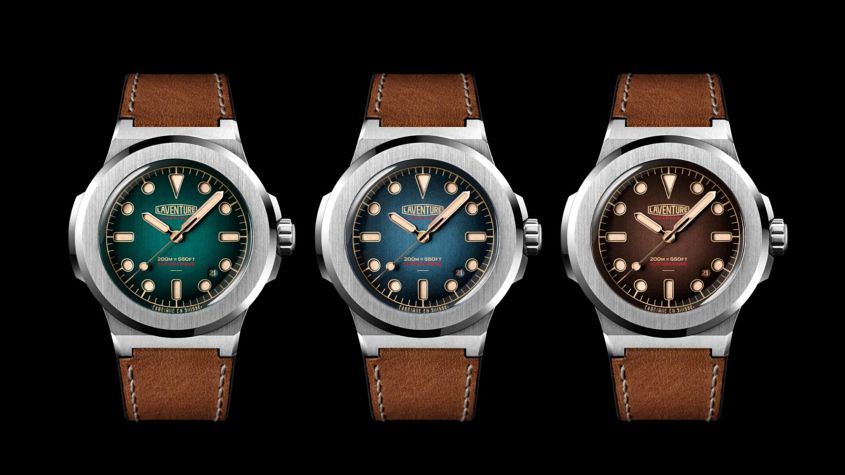 Founded in 2017 by watch industry designer Clément Gaud, Laventure has thus far released two models, the Marine and the Sous-Marine, the latter in both steel and bronze. While the brand has occasionally been criticised for what are perceived to be high prices for a totally new company, the quality of these pieces in the metal is genuinely outstanding. So far, the majority of dials from Laventure have featured a fade, or degradé style (with the lone exception being the solid black dial on the Sous-Marine). It’s an interestingly artisanal choice for watches that are otherwise styled for the rugged adventurer. What it does do is elevate the brand to something more than the sum of its parts. With some exciting plans in the pipeline, good things should be just around the corner for fans of this exceptional small maison. 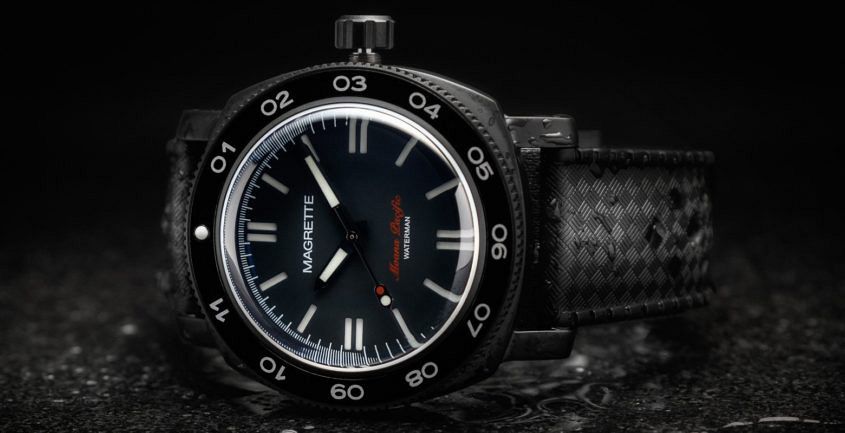 A homegrown hero, Magrette is one of Oceania’s watchmaking jewels. Based in Auckland, Magrette watches are built to withstand the wild and varied climate of New Zealand, while also expressing a certain joie de vivre associated with everyone’s favourite island nation (after Australia).

The watches are produced in small runs, which gives them a real ‘batch’ feel, and an exclusivity that is nigh on impossible to match at this price point.

The cushion-shaped cases are not only strikingly different from your normal microbrand fare, they are a brilliant canvas for engraver Andrew Biggs to experiment with. His designs, which imbue every watch he works on with an individual character, are heavily influenced by local history, and perfectly communicate the earthy character of the brand. 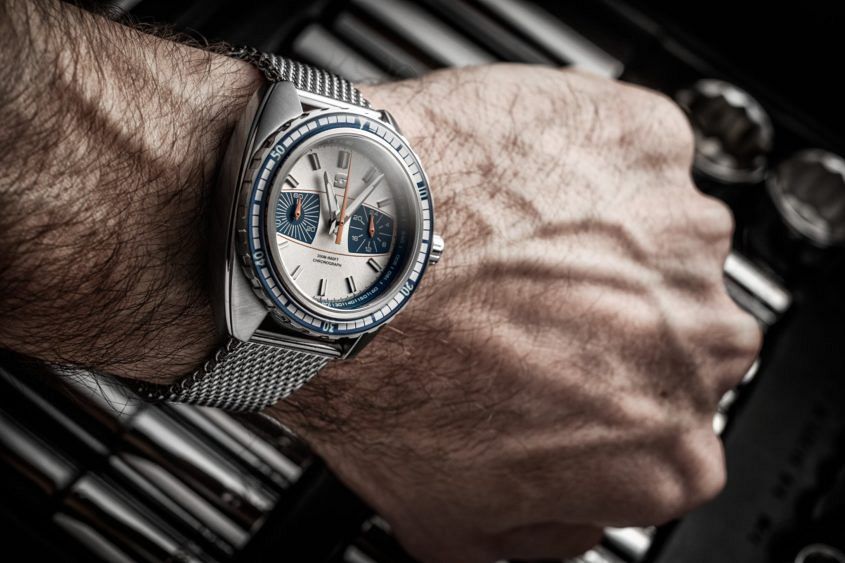 Straton have been around since 2015, and it is something of a Kickstarter sensation. The brand’s design remit came from a love of classic cars and motor racing. For that reason, the vintage chronographs (especially the Bullhead varieties) are probably the brand’s most defining pieces.

The crowdfunding medium is an interesting one for watchmaking, but it’s likely a phase that will pass (as all sales platforms do). Being able to master and exploit these media at the right time can be the difference between success and failure. Rolex is only Rolex because of what it did when it did. It’s quite possible that when the dust settles on this age of retail, a few brands that really got the hang of the crowdfunding phenomenon (like Straton) will emerge as established companies ready to stride on into the next phase of consumer culture (whatever that may be). 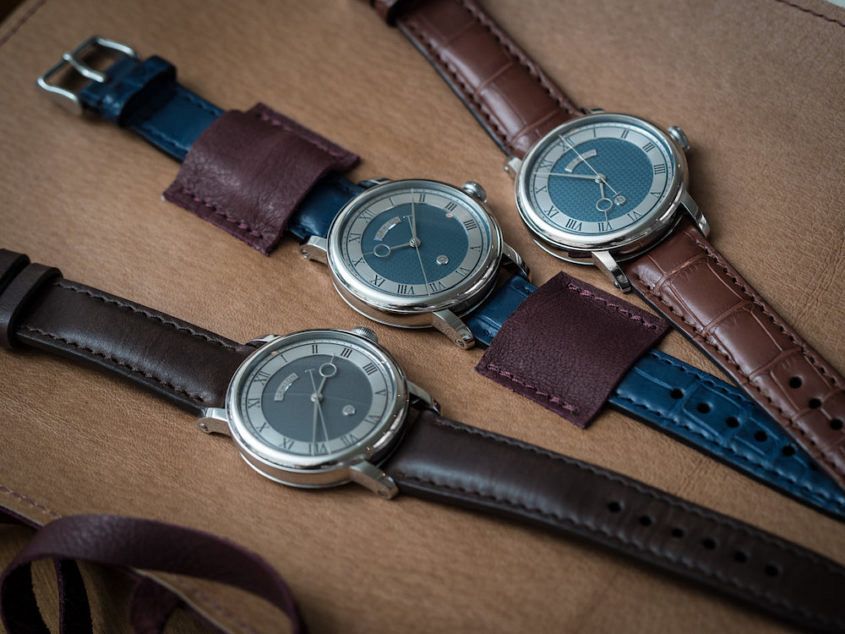 At around $3100 AUD, Ophion may not seem to offer the most affordable entry point to microbrands. But considering this watch boasts a textured dial, the option of flame blued hands, and the presence of a truly hand-finished proprietary movement, it goes way, way beyond what one might expect upon encountering the brand for the first time.

Based on pocket watches from the 1700s, the Ophion 786 collection offers some serious value, visual interest, and technical prowess for not much money at all. This would be a smart addition to any micro collection, as it’s very likely to age well from a design perspective. After all, that aesthetic has been kicking for 300 years. There doesn’t seem to be much reason to assume that’s going to change any time soon … 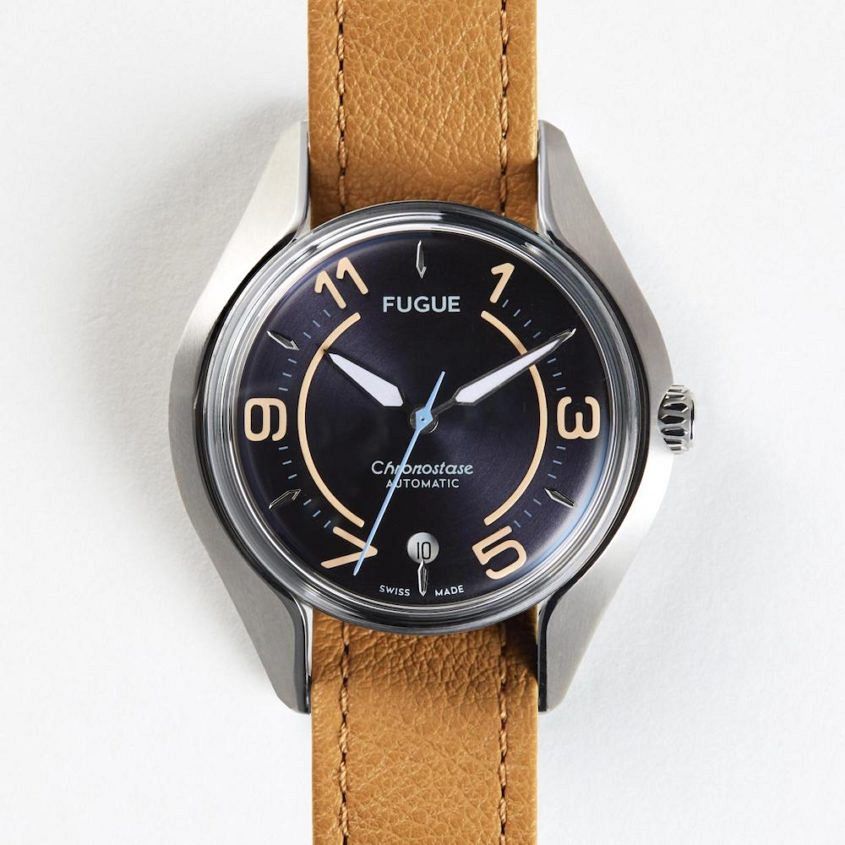 The realisation of the Fugue concept is something that I’ve heard many watchmakers chew over for years. It’s no secret that customers like to be able to customise their watches. Normally this begins and ends with quick-change straps and a wardrobe full of NATOs, but Fugue have gone one step further.

The ability to pop the case middle out of a mechanical watch and simply drop it into a different lug framework, while simultaneously flipping your strap from one colour/material to another, is somewhat game-changing.

Is this going to be something we see from major brands? No, quite probably not. But does that make it all the more micro? What we have here is not just a microbrand, but a microbrand concept that would seem likely to remain the preserve of small brands trying to offer great value and versatility for a reasonable price. And at around $2220 AUD, Fugue certainly ticks those boxes.