Affordability is a difficult thing to pin down. What is easily affordable for one person may be eternally out of reach for another. So, to avoid making too many assumptions, this article will include five watches that each feature in a different price bracket. These are picks for five of the best affordable dress watches in their respective categories. 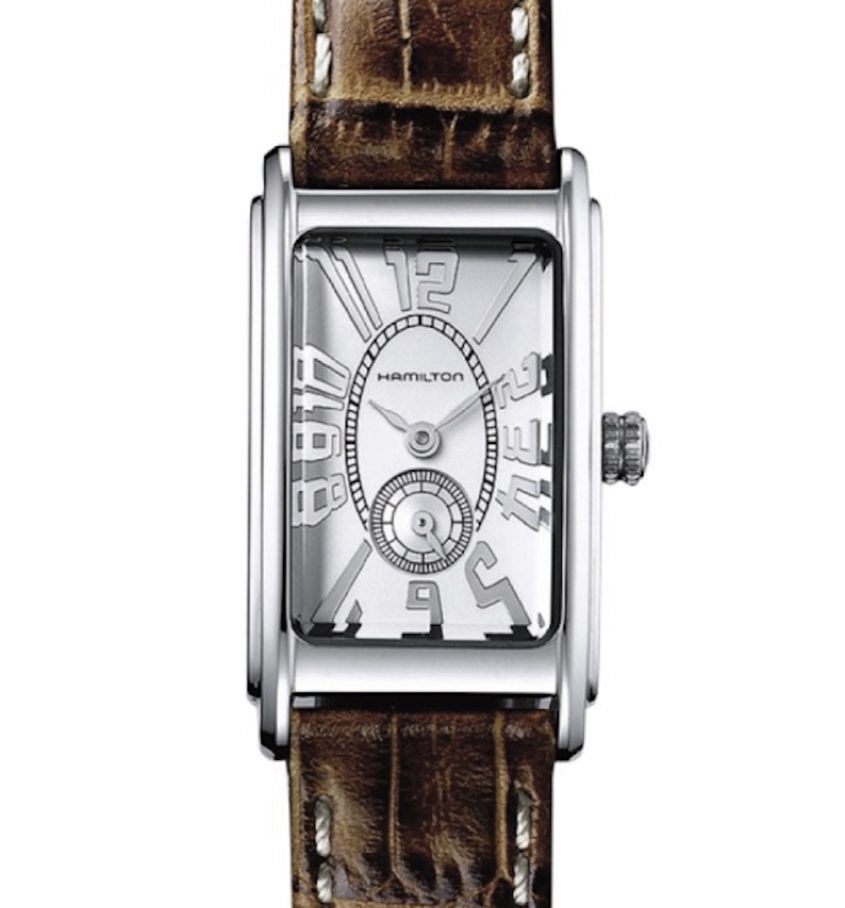 There’s been a rumour abounding for years that Richard Gere wears a Hamilton Ardmore. While the veracity of that claim is hard to pin down, it certainly wouldn’t look out of place on his wrist. While some would classify the Ardmore as a woman’s watch due to its relatively petite dimensions, it has been carried off with aplomb by many a man before, so it seems unisex would be a fairer description. What’s great about this watch is that it does pretty much everything you could ask of a Deco-inspired timepiece made in the modern world. Its quartz movement is ideally hassle-free, while the sub-dial seconds hand is small enough for a tick rather than an automatic sweep not to matter. The dial is clean and has its roots in the early part of the 20th century without trying too hard. In fact, that’s exactly where this watch excels: effortless elegance. It’s slim, discreet, timeless, and looks great on a wide variety of leather straps (try it on an 18mm green lizard if you don’t believe me). If Cartier thought the Tank was the beginning and end of the rectangular dress watch conversation, think again. For just $650 Australian, this is a great-value package from a major Swiss brand that isn’t going anywhere soon by virtue of it being owned by the Swatch Group. 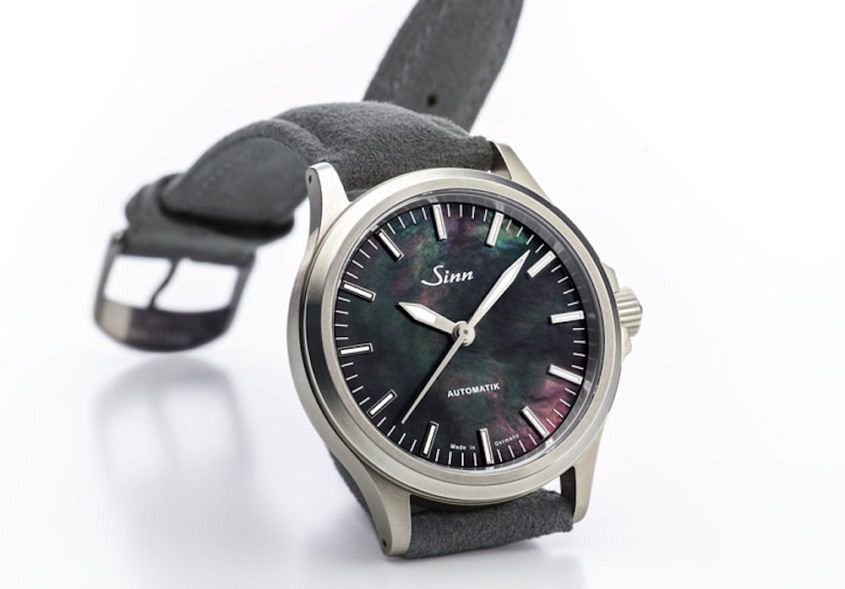 When you think of Sinn, it’s unlikely that dress watches are the first thing that come to mind. While this plucky German company does have some very nice dress pieces (with a couple powered by locally sourced German movements from Uhren-Werke-Dresden, which are an absolute dream), it is actually a model I’ve chosen from their “Instrument” range as their representative on this list. The Sinn 556 I Mother-of-pearl S presents a fantastically wearable product that, while dressier than usual thanks to its MoP dial, has the typical presence and robustness we’ve come to expect from Sinn – typically a manufacturer of tough, rugged tool watches. The classic diameter of 38.5mm is a real welcome treat for a brand that seems to be figuring out how it can do elegance without sacrificing its typical machismo.

The black MoP dial is not as feminine as it sounds on paper and provides a beguiling visage that doesn’t get old quickly. It is available on a very nice five-link bracelet, and while this is a handsome option, it does add a significant amount of bulk to the overall appearance and makes the watch appear more flak than dinner-jacket. The leather strap, which comes in a sympathetic grey suede or a classic black, is the way forward should you intend to wear this timepiece in a formal setting. 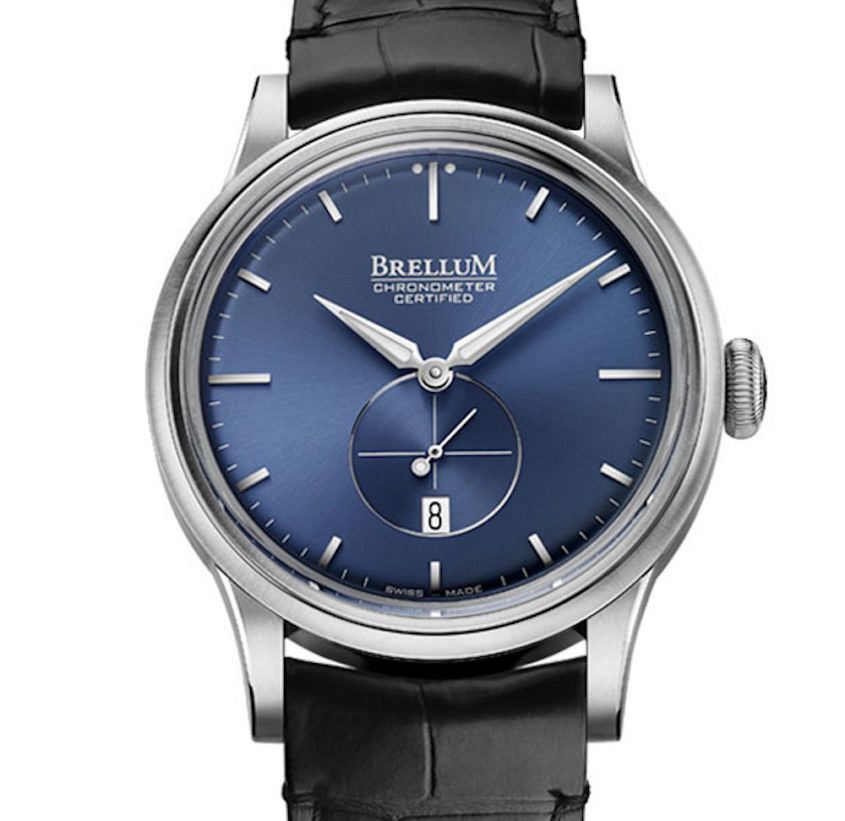 Again, this watch perhaps goes against the grain of what people expect from this small Swiss independent. More widely known for its high-functioning, great-value chronographs, Brellum has pushed the boat out with a couple of finely made time-only watches. The one listed here is the non-limited version, and while it doesn’t have the same, fancy movement that its rare brother boasts, it is very much more accessible for it.

There are three dial variants available, along with a choice of three straps. You can either have a black, white or blue face, and choose to pair your selection with either a black, blue or brown strap.

There are quite a few charming design quirks about this watch, including the unusual stepped bezel, the sharp contrast finishing of the lugs, and the nicely customised rotor weight (not to mention the cleanly engraved expander ring that makes the most of its time in the limelight).

At 42.5mm, this one is going to take up considerably more real estate than the first two on the list, but considering its increased cost, perhaps demanding a bit more attention is no bad thing. 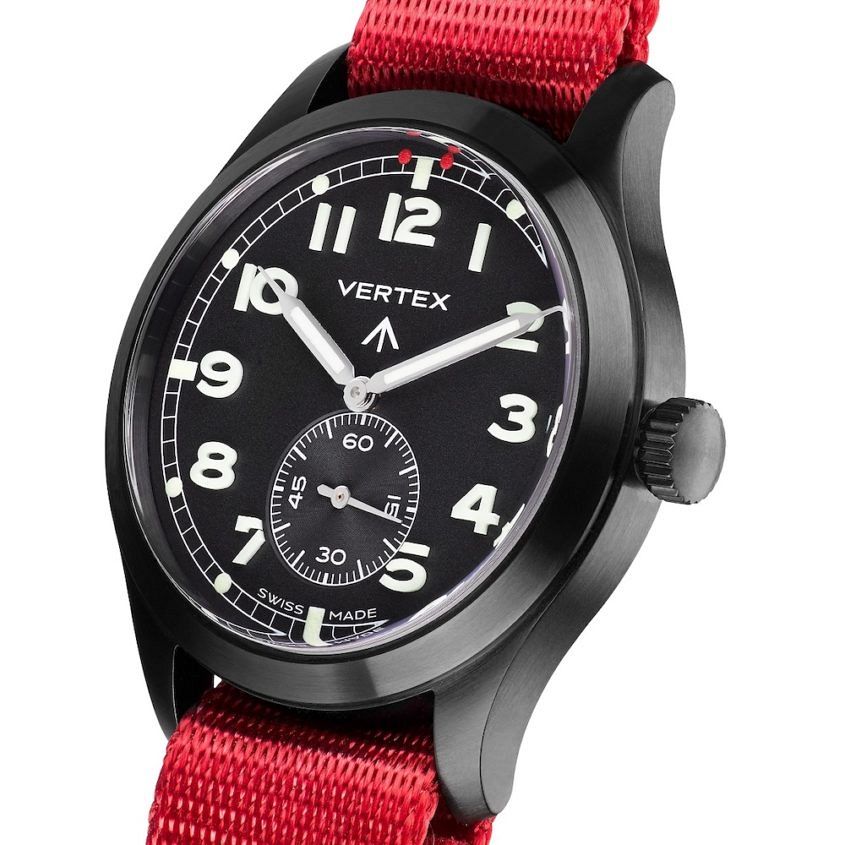 Vertex is a British brand, reincorporated in 2016 by Don Cochrane, the great-grandson of its original founder. As part of the “Dirty Dozen” watchmakers, drafted in to create watches to support the wartime effort, Vertex has a very distinct military style to it. In fact, in the same way that the Hamilton Ardmore looks like it is effectively a watch made in 1920 with today’s technology at its maker’s disposal, so too does the Vertex M100B look as if it was conceived in 1944, before waking up fully formed in the 21st century.

While this watch may be too military for some to consider it as a dress watch, it’s always good to have a blackened option on such a list these days, as general ideas of what constitutes formalwear are in as much flux as they’ve ever been. The watch also comes with a few strap options (and could certainly be mounted on many, many more to change its look).

The case diameter of the M100B LE is 40mm, which is the perfect size to walk the line between its throwback inspirations and the desires of a modern audience. Perhaps the most notable thing about this watch (aside from the fact it’s limited to just 100 pieces) is the three-dimension Arabic numerals made from a solid luminous compound. This was the standout feature of the brand’s inaugural model, and a theme the designers wisely stuck with here. It makes this watch ideal for those very late-night parties, where the lights are liable to get low. 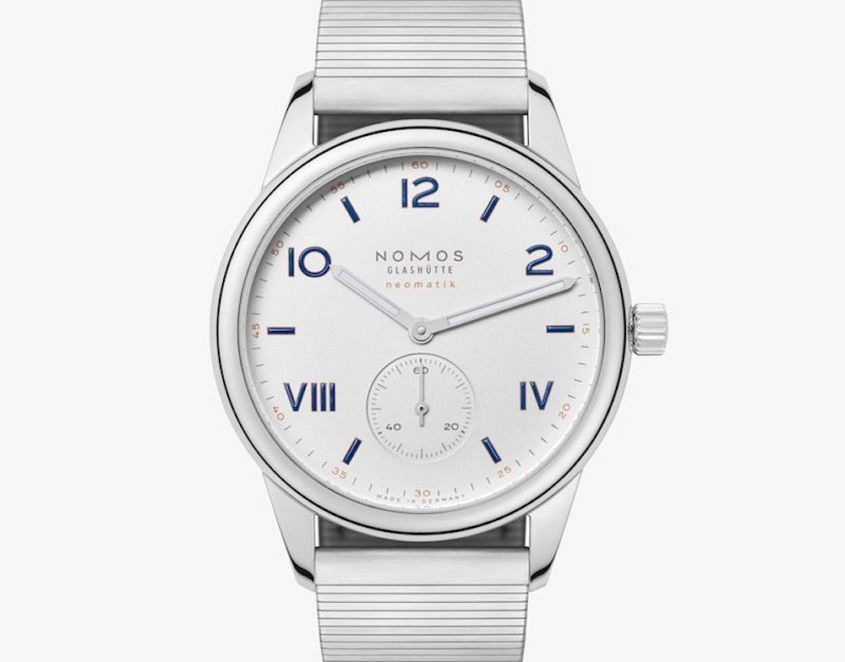 A modern classic from the independent German watchmaker. Nomos Glashütte, based in the storied watchmaking town that makes up the latter half of its name, is one of the industry’s darlings, producing charming, in-house products that speak through their quality rather than advertising budget.

It is a testament to the products themselves that the company can survive with such little noise made on an advertising front, but when you dig into the movements especially, it is perhaps less surprising. The Nomos Glashütte Club Campus neomatik 39 is one of the latest models to feature the self-winding neomatik calibre launched by the brand in 2015. At just 3.2mm thick, the 21,600 vph in-house movement enabled the company known for its slim, wearable (albeit manual) dress watches to move into the automatic world without sacrificing the aesthetic on which it had built its reputation. The Nomos Glashütte Club Campus 39 is available in either a white or dark blue dial and looks equally at home on either the blue woven strap or the new “jigsaw link” bracelet that was pioneered on this very collection upon its release in 2018. At under $5000 AUD, this — and many other Bauhaus-inspired designs from Nomos Glashütte — constitute great value for the discerning watch collector who’s looking for a little bit of something different.

Note: Australian pricing is sometimes based on currency conversion and is indicative rather than actual.