Editor’s note: It’s a big year for space-themed watches, what with the 50th anniversary of the Moon landing. And of course that means it’s a big year for Omega (who have already announced this solid gold stunner). But it’s worth noting that Omega don’t have a monopoly on that whole space thing. Here are some other out-of-this-world options …

I’ve been a little spacey recently — and not just because Andrew has been reliving the glory of holding Gene Cernan’s Speedmaster, and First Man is on our must-watch list. On top of that, I’ve recently re-watched the excellent Hidden Figures and cracked the spine on Andy Weir’s The Martian, which probably means I’m part of the wider #marsorbust zeitgeist. After all, it’s an exciting time to be interested in space, as it’s a space that’s becoming increasingly global and democratised. And of course, for Time+Tide, more space means more space watches — which is something we can get behind. So, to celebrate, we’ve put together four space-proven watches that aren’t the iconic Speedy … 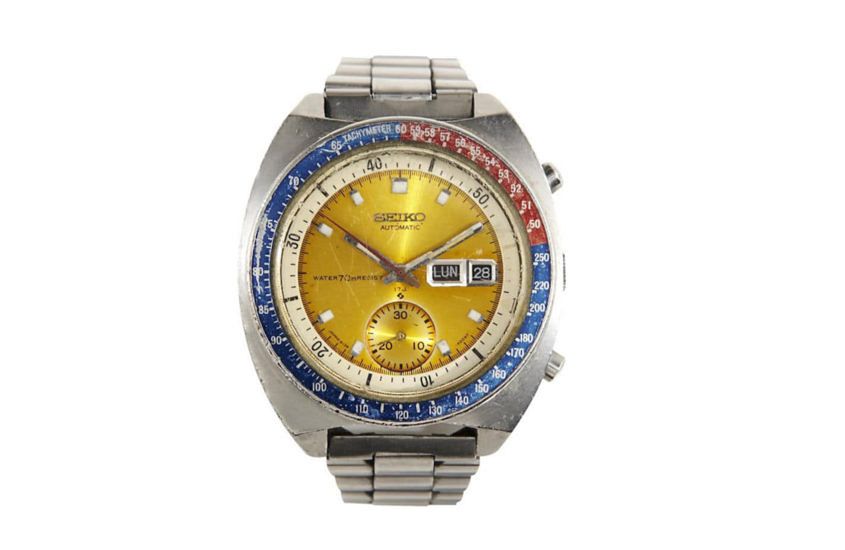 The Pogue takes its name from Colonel William Pogue, who wore a Seiko 6139 Chronograph for 84 days on 1973’s Skylab 4 mission. Pogue bought the distinctive yellow-dialled chronograph from a PX store to use in his pre-flight training, before he was officially issued the Omega Speedmaster. So, one of the first automatic chronographs ever made also earned the honour of being the first automatic chronograph in space. Col. Pogue’s actual watch was sold by Heritage Auctions in 2008 for around $6000 USD. Bargain. 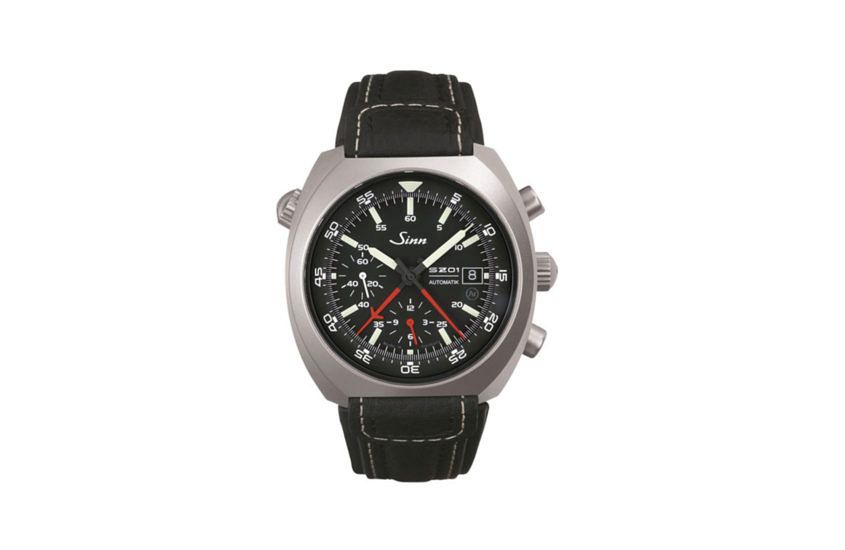 German brand Sinn makes a lot of sense as a space watch — after all, they’re one of the best pilot watch brands around. A tough, tooled-up, automatic chronograph, the Sinn 14X first saw space on the wrist of German astronaut Reinhard Furrer on Spacelab in 1985 (a 141, to be precise). But that wasn’t the first time the tonneau-cased chrono broke the bonds of gravity, it also saw space time on Mir and Columbia. 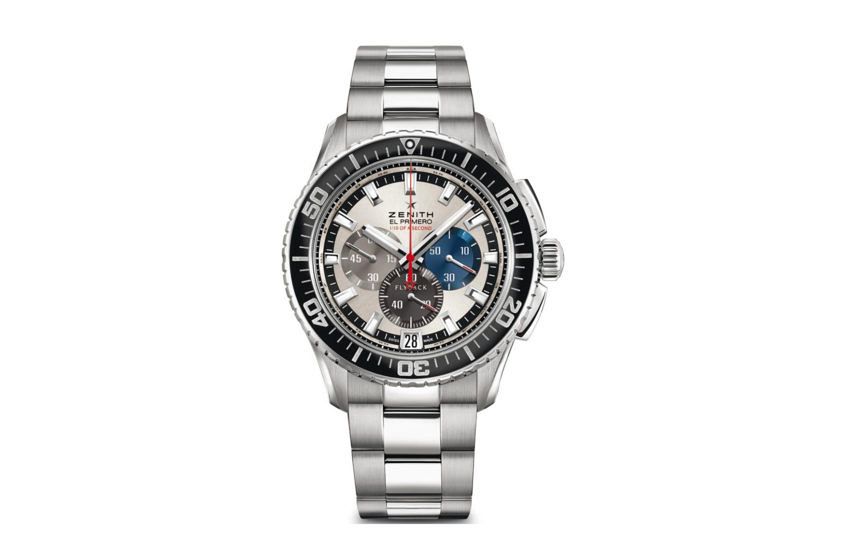 The Red Bull Stratos jump stretches the definition of what a space mission is, but in my book, if you’re gutsy enough to fly 39 kilometres into the stratosphere in a helium balloon, and then jump out of it, you’ve definitely got the right stuff. So, while Austrian Felix Baumgartner might not be a legit astronaut, he’s definitely built from the same materials as the men who strapped themselves to giant rockets 50-odd years ago. Fun facts from this jump to put it into perspective: Baumgartner achieved a final altitude of 38,969 metres, and during his jump he cracked Mach 1.25, the first person to break the sound barrier without the aid of engines. And on his wrist the entire time? The Zenith El Primero Stratos Flyback Striking 10th — a chronograph that can measure time down to tenths of a second, and is housed in a big, bulky 45.5mm case that looks like it can handle breaking the speed of sound. 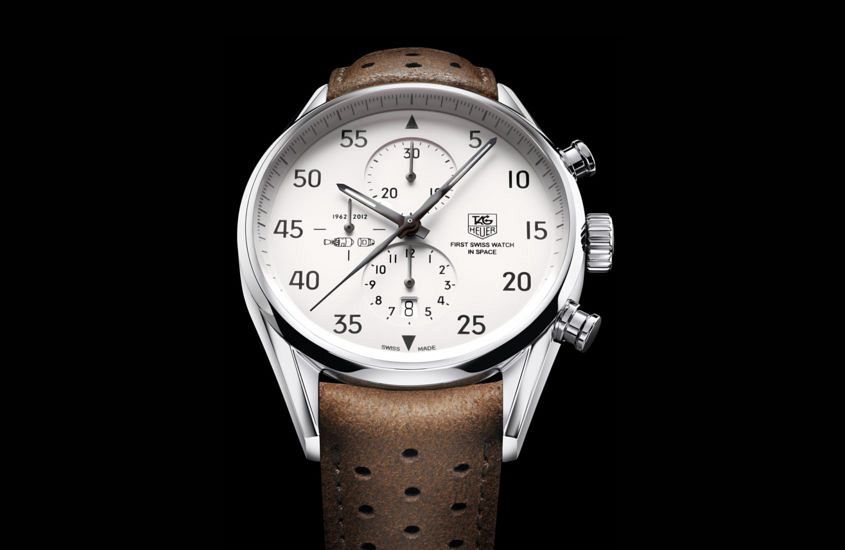 Elon Musk’s SpaceX has been making PR waves recently, but it’s sometimes easy to forget that rockets aren’t built overnight and that SpaceX has been around for quite a while. In 2012, SpaceX docked their Dragon capsule to the International Space Station — an important proof point for the brand, and one that was — of course — celebrated by a watch, a TAG Heuer watch. Now, here’s a carefully worded fact for you: the first Swiss watchmaker in space was, in fact, Heuer. A Heuer stopwatch was strapped onto John Glenn’s wrist as he orbited the planet in 1962’s Friendship 7. Luckily for TAG Heuer and SpaceX, the anniversary gods were smiling, and the 2012 Dragon docking occurred 50 years after this event, resulting in a nice, neat collab that saw the vintage stopwatch-looking Carrera Calibre 1887 with some special dial text and a cool picture of the Dragon capsule at nine. It’s a cool watch, and one that was limited to 2012 pieces. But, important caveat — while the Heuer stopwatch was a legit space watch, this commemoration is just that.